Well, It’s a Start: Can Tech Stop the Climate Emergency?

The New Stack examines the ways in which tech is part of the climate crisis and talks to companies that are offering some of the urgently needed solutions.
Nov 7th, 2019 11:47am by Jennifer Riggins 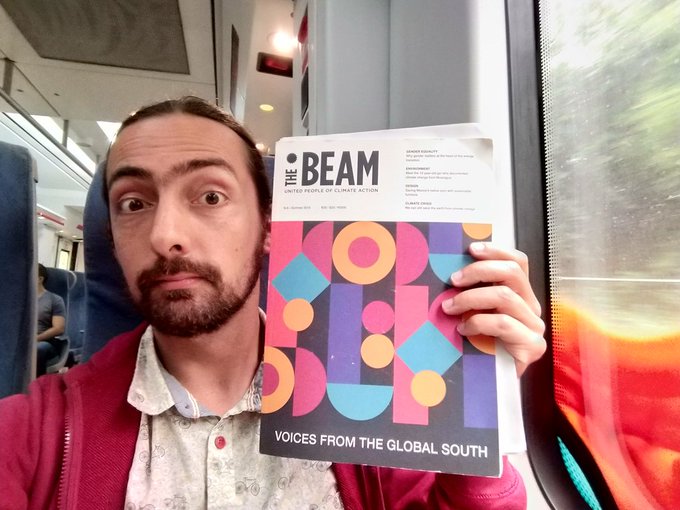 It’s the end of the world as we know it, and I feel… increasingly concerned but I don’t want it to overly inconvenience me, my job or my business.

This feels like the tech industry’s vibe around the climate crisis and global heating. Technologists tend to be left-leaning. And they’re scientists so they aren’t in climate denial. They recycle and lug around tote bags and reusable water bottles. They always think before they print. Most follow Extinction Rebellion on Twitter. So techies are the good ones, right?

The world is literally on fire and technology is a big part of the problem.

The simplest definition of ethical or “good” tech comes from DotEveryOne’s Sam Warner:

By that definition, whether as consumers or builders, we’re all to blame. After all, the internet is inherently unsustainable.

“To save the internet and ourselves, we’ll need to harden and relocate the infrastructure we’ve built, find cleaner ways to power the web, and reimagine how we interact with the digital world.

“Ultimately, we need to recognize that our tremendous consumption of online content isn’t free of consequences — if we’re not paying, the planet is.” — Maddie Stone, Gizmodo.

Today at The New Stack we are talking about the ways in which we are part of the problem. And talking to those who are offering some of the urgently needed solutions.

Product engineer Chris Adams believes “we shouldn’t be building the future of the Internet on fossil fuels,” as he paraphrases Michelle Thorne who famously writes that our twenty-first-century dreams can’t be written on coal.

As an eclectic eco-activist, Adams is the executive director of the Green Web Foundation which was set up to speed the transition of the web to renewable energy more than ten years ago. This project includes the largest database of websites run on green power. (Check your own website here.)

Adams also works the conference circuit evangelizing on behalf of the earth — and he only travels by bus and train.

“Let’s do continuous delivery, but let’s do it as if we were working within the confines of a single planet, and we listened to the science. Otherwise we are shifting all of the costs of our changing climate onto those least responsible and least able to bear them.” — Chris Adams, executive director of the Green Web Foundation.

One part of this work is to create some kind of framework to think about how you would reduce the emissions in tech organizations. Adams told The New Stack about how each tech company needs to examine its environmental impact to discover the most important levers to pull.

“It’s not always as simple as green hosting,” Adams said.

For Google the second-highest cost after staff is electricity. They chose sustainable servers because it makes sense both environmentally and financially.

If consulting and visiting clients or grantees are at your core, your main eco-lever is aviation, like the OECD which has measured 78% of their total emissions are linked to air travel. While Accenture’s main emitter also remains air travel, since setting a carbon baseline 12 years ago, they have cut carbon emissions per employee by 52%. These organizations can’t perform a blank ban on flying, but a frequent flyer levy can be an alternative.

Google, Microsoft and Lyft are among companies that buy carbon offsets for their employees’ travel.

Microsoft has gone further to create a carbon fee model, which is “a financial model that puts an incremental fee on the carbon emissions associated with our company’s operations,” their carbon fee guide reads.

Adams offered the example that, if you’re Apple, which runs its tech on renewable power, most of the emissions are going to come from the embedded energy from the hardware and chip making that backs a usually unnecessary two-year upgrade cycle.

A growing trend is also companies creating carbon budgets. Factoring in your organization or team’s greatest CO2 levers, a carbon budget can do anything from cross-company limits to travel limits per employee.

Adams advocates for what he calls sustainable delivery, where you focus on the biggest environmental levers for your organization and make it a part of your development process. Also, listen to this episode of The New Stack Makers podcast with Nabil Hassein, a technologist, educator and researcher into the historical link between computing and imperialism:

Adams went onto say that it often feels like a Sophie’s Choice, where you need to decide to leverage smaller greener toolsets or to maintain your competitive advantage. You only get to pick two out of three:

Adams calls for a green stack where you can have stability but also environmental influence.

At the Cleanweb London Meetup, FutureGov’s Emily Tulloh talked about how you can incrementally put the climate crisis at the forefront of your design process. At FutureGov, designers even ask customers if they can bring an environmental person along to this meeting. After all, we have seen a welcome increase in accessibility and inclusion advocates, so why not an environmental advocate as a voluntary role on your project team?

Here are questions Tulloh offered to ask in your own work or when you are meeting with customers:

For Tulloh’s role, it’s about asking “What is the minimal viable knowledge you need to think about the climate emergency at work?”

Are Tech Events Destroying the World?

As a frequent attendee of tech events in my European home, I often find myself asking: Why are there so many Americans talking? Tech and academia events share an unintended environmental burden as speakers and attendees regularly fly to join — often all the way to and from Silicon Valley. Surely we could find local experts to talk on these subject matters? That’d certainly help build stronger communities and make more sense for recruitment. Or we could do the conference online where more people could access their expertise without the aeronautical carbon footprint. Most of us are used to working at least partly remotely, so it doesn’t seem that wild of an idea.

The idea of a climate code of conduct started floating around earlier this year when Weaveworks CEO Alexis Richardson shared a survey to understand the perceived carbon impact of tech event attendees. 163 people responded. Almost half had teams traveling up to 10 conferences per year. The general consensus was that, yes, conferences should make a greater effort to be eco-friendly, which includes limiting food waste and plastic. More than three-quarters of participants supported carbon offsetting reflected in ticket pricing.

But is that enough?

Most airlines offer carbon-offsetting programs. They use a carbon calculator to measure a passenger’s carbon contrails contribution and then give them the option of paying a bit extra, usually to plant trees. This is a bit complicated because those trees aren’t often being planted where they are needed — they are planted in snowy regions instead of in the still-on-fire Amazon or in the developing world that’s most hit by this overheating.

This recent piece in The Guardian dives way deeper into the quagmire that is carbon offsetting. As the article states, only one percent of passengers choose to offset through the voluntary programs.

Carbon offsetting like tree-planting is certainly not bad to do, but it seems more of a bandaid than a solution. It simply won’t dramatically reduce the impact of a tech event. Plus it takes more than an urgent decade to grow a forest.

Economists with the IMF are into it, which is why they've now worked out how much a whale's carbon sequestration services are worth

The Association for Computer Machinery (ACM) — with its nearly 100,000 members — is one of the first organizations to lay out a cost of carbon commitment. This includes:

There are simple tools like MyClimate to begin to measure the carbon impact of an event and to quantify the necessary offsets. MyClimate charges a small fee for usage. There is also OpenFootprint, open source ecological footprint software.

At least in London, there has also been a committee working toward creating a Climate Code of Conduct for events. This is following suit for what Codes of Conduct have achieved in terms of harassment at both events and in the open source community. Similarly, it would be a normative activity meant to be improved overtime. Like all codes, it’d be a simple set of principles to address complex issues. It would focus on community over individuals who could be difficult to say no to.

This code would ideally reflect some of the green goals of other conferences, but also it may include a clause that encourages organizations to talk about their hosting providers.

And in addition to the trend that many conferences have diversity scholarship sponsors, they also could have green sponsors to cover the offset of the conference and take an active role in climate-conscious and tech-conscious messaging.

In the meantime, it’s up to us as attendees and speakers to ask conferences to try to measure and share their carbon footprint after.

What will you do? What’s your tech company’s climate plan?

The UN’s Intergovernmental Panel on Climate Change (IPCC) says a 40% decrease in emissions is needed by 2030 to avoid irreversible damage. So is this a start? Yes. It’s certainly not enough, but if we don’t do something, we’ll all be screwed.