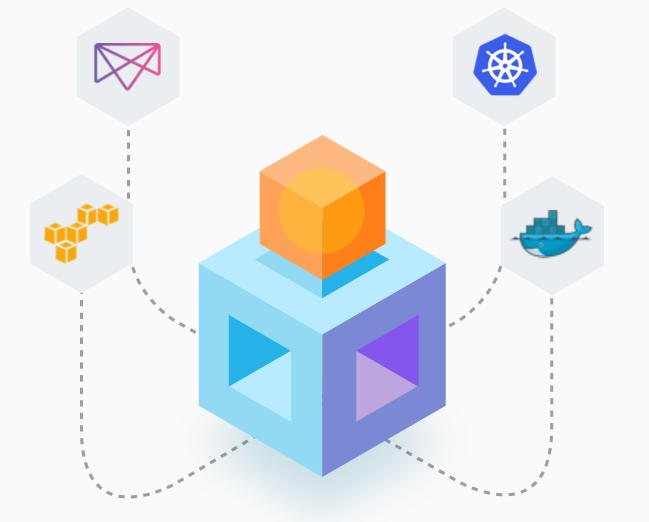 To understand how the wercker service can automate the development and deployment cycle, one can look at how Pivotal’s Cloud Foundry Solutions (PCFS) uses the technology as part of its system to get its new developers up and running quickly.

PEZ gets employees up and running quickly. Team members can download the wercker Command Line Interface (CLI) and immediately access a development environment where they can spin up, test and deploy microservices — locally or in the cloud — using infrastructure-as-a-service, bare metal and other cloud resources. That stack includes Golang, Ruby, Python and Spring Framework.

Using a simple YAML configuration, wercker enables developers to set up automated pipelines for building Docker containers with an aggregate of pass/fail steps in a set environment. It supports three types of pipelines: dev, build and a deploy. Deployment can be through the wercker platform or the CLI.

Wercker, founded in 2012, has raised $7.9 million, most recently a $4.5 million Series A in January. CEO Micha Hernández van Leuffen explains that the company grew out his thesis at the University of California-San Francisco and work he was doing at an agency to automate processes. Chief Technology Officer Andy Smith, former co-founder of OpenStack, is the company’s co-founder.

Wercker was part of the 2012 startup incubator program Rockstart Accelerator, based in Amsterdam.

“We got a lot of questions from users — Do you support Erlang? Do you support Scala? So it made sense for us to open up the platform and let people create their own provisioned LXC containers. This was all before Docker,” van Leuffen explained.

“We also opened up the platform in terms of the pipelines. The pipelines are a set of tasks, build tasks or deploy tasks. We let users set up their own steps, so you can set up a Slack notification or a step that sets up your test. There’re all types of steps.

“When Docker came around, it seemed like a super-natural fit for us because we were on board with creating custom LXC containers, so we switched to Docker and CoreOS, and rebuilt parts of our infrastructure to support Docker as a first-class citizen. We launched that in April 2015. The whole goal is to build a container-centric platform for automating the development of microservices and applications.”

The service then allows deployment to various cloud platforms, ranging from Heroku to AWS and Rackspace. It also added the Wercker YAML Viewer to Bitbucket in December.

Wercker uses CoreOS as a Linux distribution, van Leuffen said, and now that CoreOS’es container runtime rkt is production-ready, wercker will support that as well.

“We’re container agnostic. If another container format comes around, we’ll be happy to support that,” van Leuffen said.

“There’s schedulers and Linux distributions such as CoreOS on one end and we fit sort of on the other end [of the container ecosystem] with developer workflow. We help you develop, build and deploy these containers to schedulers to Kubernetes, Mesosphere and other orchestration platforms.”

As part of its recent funding announcement, it also open sourced its CLI that allows developers to work with Docker containers on their laptops. Now an open source project on GitHub, the software runs on both Linux and OSX.

The company’s offerings are currently available as cloud services though wercker is working an enterprise offering that will allow on-premise use as well. “We started out as a [Software-as-a-Service] product, and we’d like to offer even the enterprise product in a SaaS-y way, if you will, making the installation and setup process seamless,” van Leuffen said.

Wercker competes with the likes of Shippable, Drone and CloudBees, though van Leuffen said says some of the DevOps tools haven’t stepped into the Docker space to provide automation capabilities.

“Some companies have pieced together certain functions rather than having one solution that automates all the tasks,” he said.

Docker and Pivotal are sponsors of The New Stack.

Susan Hall is the Sponsor Editor for The New Stack. Her job is to help sponsors attain the widest readership possible for their contributed content. She has written for The New Stack since its early days, as well as sites...
Read more from Susan Hall
SHARE THIS STORY
RELATED STORIES
8 GitHub Actions for Setting Up Your CI/CD Pipelines How Yarn Workspaces Accelerated LinkedIn Code Delivery Coherence Strives to Streamline Cloud Developer Experience A Look at Kubernetes Deployment An Inside Look at What GitLab’s Web IDE Offers Developers
TNS owner Insight Partners is an investor in: The New Stack, Docker.
SHARE THIS STORY
RELATED STORIES
8 GitHub Actions for Setting Up Your CI/CD Pipelines Interest Growing in Dart and Flutter for Mobile CircleCI to Customers: Change All Secrets and API Tokens NOW! EngFlow Harnesses Google Bazel for Faster Monorepo Builds Building a To-Do App using GitHub Actions, Playwright, Next.js
THE NEW STACK UPDATE A newsletter digest of the week’s most important stories & analyses.
The New stack does not sell your information or share it with unaffiliated third parties. By continuing, you agree to our Terms of Use and Privacy Policy.