Low code platforms such as Appian can be a tool to speed application development and create business alignment.
Oct 6th, 2022 11:00am by Loraine Lawson 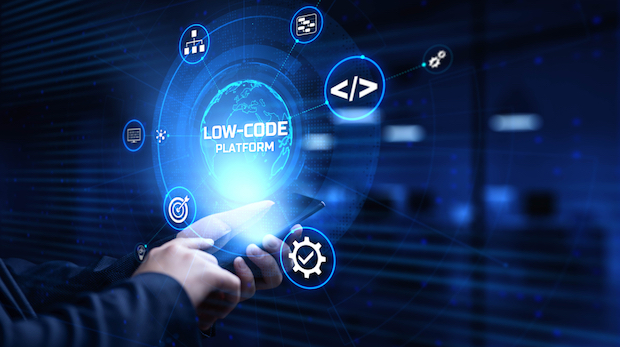 Development has been the story of one abstraction after another, starting with abstracting away from machine language to modern programming languages.

Low code is simply the next step, contends Adam Glaser, a former developer and senior vice president of engineering at Appian, a low code workflow automation and application platform.

“Low code is simply the next level of abstraction,” Glaser told The New Stack. “It’s got all the same capabilities, all the same power, all the same flexibility, [it’s] just a new way of telling the computer what you want it to.”

Glaser compared it to Excel users — one type would be a basic user, another user might be able to go a bit more advanced with formulas, and an advanced user might be writing macros; but they’re all users.

Organizations are using low code solutions as a way of speeding up the development process and democratizing development, he said.

Where Appian Fits in with Developers

Appian is a platform for building automation-based applications, he explained. Low code isn’t the only feature of the platform, of course. It also incorporates other technology tools, including Robotic Process Automation (RPA), intelligent document processing, and artificial intelligence.

Often that’s where web developers come into play — they use Appian to create interfaces that are harmonious with enterprise brand standards or fit in with their information architecture, he added.

Low code can also speed the development process because it’s faster than custom code, he said. It combines a WYSIWYG, drag-and-drop experience with the ability to tweak the code in an editor.

“You can start with the idea of an application, break it down into the first part you want to bring online, and bring it online within weeks,” he said.

Low code tools offer common ground for business stakeholders and developers to work together, he added.

“Those kickoffs are literally done in the same room with the business stakeholder and the developer. They start to model out the application that they’re going to end up producing,” he said. “It’s very common for them to bring their UI team and show examples of what they’re hoping to get or what their users are accustomed to, if they’re replacing something.”

“It lets that local developer describe the interface they want, describe the applet parts of the application, and then lets us handle things like accessibility, making it automatically available on web and mobile, automatically making it offline, things like automatic parallelization of the logic — which is crazy good for performance,” he said. “If different parts of the interface can be updating in parallel, then you cut down on the wait time for the users.”

Appian clients are primarily enterprises, he said, with customers come from a variety of industries — including energy, the Department of Defense, financial services and insurance. One popular use cases in the financial services sector has been creating loan origination apps, Glaser said. The DoD used Appian to build Common Access Card (CAC) readers and incorporate GPS into the app.

Low code can help businesses break away from one-size-fits-all software solutions, he added.

“The more we can democratize technology, the more we empower businesses to take control of their own destiny and have whatever software they need to run their business,” he said. “By making it more accessible, we’re really augmenting the uniqueness with which each enterprise can express the way they want to do business in their software.”