What COVID-19 Means for Microservices, Multicloud and Kubernetes

In this, The New Stack Makers podcast, Ankur Singla, founder and CEO at software as a service (SaaS) provider Volterra, discusses the profound influences Kubernetes, microservices, multi-cloud environments, and open source have had on computing and IT today — and what their impacts may be in a COVID-19 world.
Mar 30th, 2020 4:01pm by B. Cameron Gain and Alex Williams 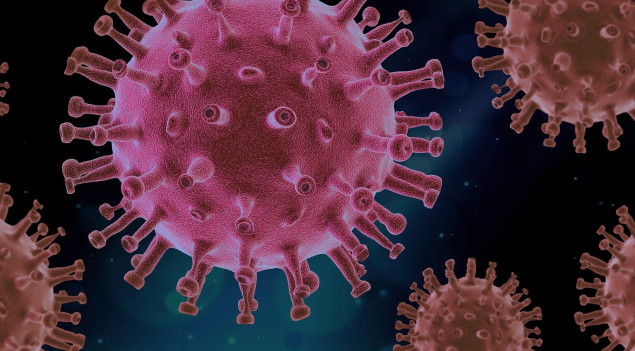 Feature image by PIRO4D from Pixabay.
TNS Annual Reader Survey
We need your input! Take 5 minutes to chime in and help guide our coverage.
Begin the survey

But, suddenly, the novel coronavirus worldwide pandemic has turned the world on its head in ways we have yet to fully realize.

In this The New Stack Makers podcast, Ankur Singla, founder and CEO at Software as a Service (SaaS) provider Volterra, discusses the profound influences Kubernetes, microservices, multicloud environments, and open source have had on computing and IT today — and what their impacts may be in a COVID-19 world.

COVID-19 throws a big wrench into everything, Singla said. “The first thing we realized with lots of our large enterprise customers is that corporate networks are becoming a big bottleneck,” Singla said. “And in order to reduce the load, many of the enterprises are already looking at how can they quickly migrate their apps from private data centers to the cloud, because the network to the cloud is a lot better than a network to private networks.”

It is safe to assume that a particular technology or architecture has become mainstream after surviving an initial hype cycle and becoming uniformly accepted and reliable. A technology associated with cost savings and demonstrably improved efficiencies is also another criterion used to determine whether a particular technology has acquired mainstream status. One can thus arguably assume microservices are on their to achieving mainstream status. “More and more enterprises are migrating to SaaS services, and SaaS is all about scale — and scaling is a lot easier with microservices,” Singla said.

Singla began to see the potential of microservices about five years ago when large enterprises largely had adopted microservices. “But it was becoming very clear to me that that would be an architecture paradigm, and increasingly so with serverless — so, then, the paradigm shift was starting to happen. And we thought that was a great opportunity to start a new company that helped solve many of the problems of going mainstream to multiple cloud providers and being able to build highly distributed edge locations … with the convergence of distributed applications and data,” Singla said. “And we said, ‘it’s a great time to start a company to solve the problem of distributed application data.’ So, that’s the background on Volterra.”

Alex Williams is founder and editor in chief of The New Stack. He's a longtime technology journalist who did stints at TechCrunch, SiliconAngle and what is now known as ReadWrite. Alex has been a journalist since the late 1980s, starting...
Read more from Alex Williams
SHARE THIS STORY
RELATED STORIES
Why Cloud Lock-In Is Getting Worse Confidential Compute on Azure with Kubernetes Snowflake Delivers Bevy of Developer Goodies A Tactical Field Guide to Optimizing APM Bills Why Cloud Data Egress Is Expensive
SHARE THIS STORY
RELATED STORIES
Why Cloud Lock-In Is Getting Worse ISO Better Scaling, Instacart Drops Postgres for Amazon DynamoDB Top 4 Misconceptions about Cloud Migration Retrospective: Why Was Cloud Foundry at KubeCon? The Internet Is Not Reliable, but Planning for It Can Save You
THE NEW STACK UPDATE A newsletter digest of the week’s most important stories & analyses.
The New stack does not sell your information or share it with unaffiliated third parties. By continuing, you agree to our Terms of Use and Privacy Policy.