What Developers Told Us about Vercel’s Next.js Update

Developers say changes to Next.js will help support their work on the web and improve the developer experience.
Nov 1st, 2022 9:01am by Loraine Lawson 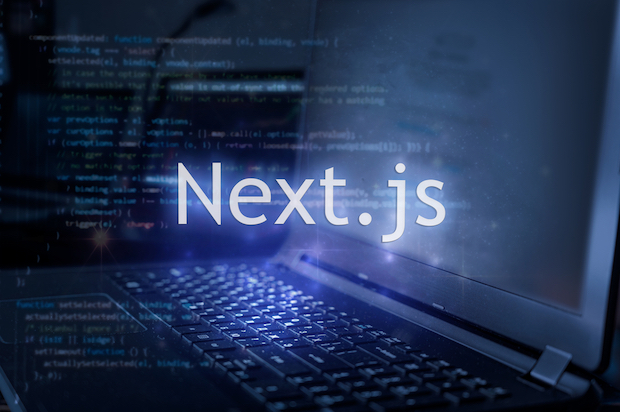 It was a small, less heralded part of the Next.js 13 release that excited frontend developer Sophia Andren.

Andren is a technical director and developer with the San Diego, Calif.-based alternative design firm candycode. She and designer Jessie Waters attended the Next.js conference in San Francisco to learn what they could about Vercel and its Next.js 13 release. It will help them keep sites more tightly branded, Andren told The New Stack.

Both have worked with all the major React frameworks — including Gatsby, Next.js and Remix — for clients, but after the Oct. 25 conference, they’ve decided to use Next.js on Vercel for candycode’s own website.

“The Next.js 13 release is really a game changer for creative agencies that are leaning into the future of technology,” she said. “The new improvements to images, fonts, and social cards make it significantly easier to craft polished digital experiences in an era when attention spans are shrinking and consumer expectations are growing.”

One of the most controversial of the announcements was the news that Turbopack, a new Rust-based bundler for JavaScript and TypeScript, will replace Webpack, leading one developer at the conference to comment that she felt like the rug had been pulled from beneath her feet.

Vercel assured the audience that there would be a path to adoption and that it could be implemented incrementally.

But for Chiedo John, director of software engineering at Github, it was welcome news.

“I absolutely loved the Turbopack announcement!” John told The New Stack. “Anything to keep people in flow state goes a long way. And the fact that so much of the value can be adopted incrementally is amazing and makes it practical to adopt from a cost perspective.”

Overall, developers told The New Stack they were impressed by the new release. Though some at the event expressed concerns about migration issues with Turbopack, Vercel appeared to mitigate those concerns with its incremental adoption approach.

“There were some concerns about the adoption of Turbopack, Vercel’s new Rust-based bundler,” acknowledged Matthew Lewis, senior software engineer with technology services firm PeakActivity. “While talking to other developers, a common concern was Tailwind CSS support. However, the Next team has done a great job of allowing incremental adoption of new features and I’m confident their team and the community will solve this problem.”

Lewis has been excited to hear about the new layouts since Next released their request for comment in May. He appreciated the expert product demos, which let developers see how the implementation played out.

“Not only did Next deliver an innovative feature, but they also kept developer experience in mind by giving us a standard for project structure,” he said. “The simple structure of page, layout, error and loading gives developers more confidence when navigating a large code base and provides us an effective solution for providing core, user experience fundamentals.”

Yang Zang also liked the new layout system, saying it was exciting to see Next.js positioning itself for complex apps as well as marketing and e-commerce websites. Yang is a software engineer and co-founder of Plasmic, a React-based no-code content management system.

“This is in line with our direction as well, as Plasmic is a React-based visual builder spanning websites and soon applications,” he said.

He called the new React server components “a significant architectural change” that “will unlock a new level of performance for React — with partial hydration.”

“We’ve seen newer competing frameworks nipping away at the performance story, but React server components means you can get the performance benefits without sacrificing the ability to build rich, complex interactivity the React way,” Zang said. “Importantly, the (Next.js) React team has never been afraid to reinvent the framework — doing so while bringing along a giant ecosystem with backward compatibility is a huge challenge that they’ve navigated well overall.”

Building upon a foundation like Next.js is critical to Plasmic’s goal of democratizing software, he added.

There was one common factor that several developers mentioned: An appreciation for Vercel’s focus on the developer experience.

Vercel paid for travel and accommodation for Loraine Lawson to attend the conference.

SHARE THIS STORY
RELATED STORIES
Devs Are Excited by ActivityPub, Open Protocol for Mastodon How to Build Your Own Decentralized Twitter Accessibility Is Just Another Functional Test Jamstack Panel: Multiple JavaScript Frameworks Are a Good Thing Augmented Reality Is the New Frontier — Time to Get Serious about Standards
SHARE THIS STORY
RELATED STORIES
Jamstack Panel: How the Edge Will Change Development Service Simplifies Natural Language Processing for Developers The Latest Milestones on WebAssembly's Road to Maturity How Web Tech Got This Way and How It May Evolve in the Future Twitter Turmoil: We Need an Open Protocol for Public Discourse
THE NEW STACK UPDATE A newsletter digest of the week’s most important stories & analyses.
The New stack does not sell your information or share it with unaffiliated third parties. By continuing, you agree to our Terms of Use and Privacy Policy.