What Does it Mean to be “On” The Internet of Things? 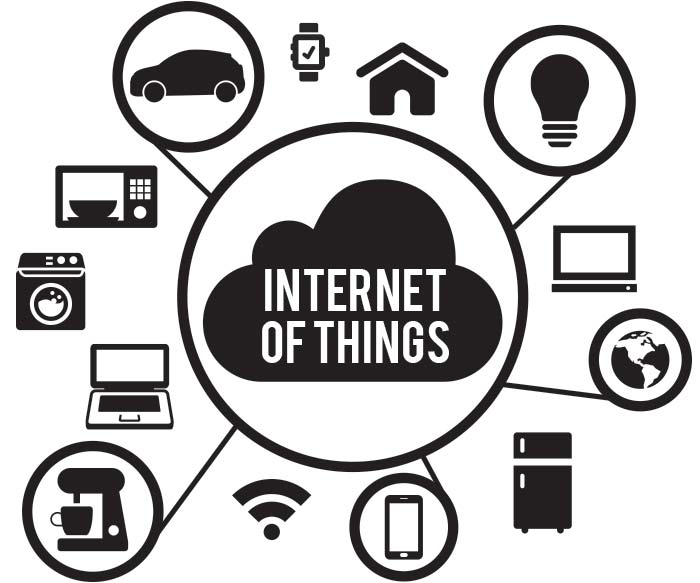 This post originally appeared on the ActiveState blog. Cars, robots, aquariums  — they and about 40 billion other things willl soon be connected. Is that the Internet of Things? Is there really any limit to it?

I’ve been dabbling with the Internet of Things since before the Internet was a “Thing.” Way back, I fiddled with hooking up various sensors and actuators to my Apple II and Amiga 1000 computers, and mucked around with powered devices over X10.

More recently, in the early days of Jini and JavaSpaces, I teamed up with my good friend/colleague Doug at Sun to create a “Jini house” in the Santa Cruz mountains. Over a period of a year we Jini-enabled everything we could think of, from the fridge and other kitchen appliances, to lights, cameras, a hot tub, motion sensors, and even a large salt-water fish tank containing a handful of tropical fish.

The aquarium was cool. We built Jini sensors and actuators for thermometers, oxygen/salinity/pH meters, oxygenators, pumps, lights, cameras, and even a little motorized ferris-wheel-like fish feeder. The high point of this project was when we were in Japan, on stage at a conference, and were able to watch the fish swimming around while we fed them and monitored the tank, all from 5,000 miles away. The low point of this project was when the demo gods brought down the network while we were showing it to Jini’s creator, Bill Joy. 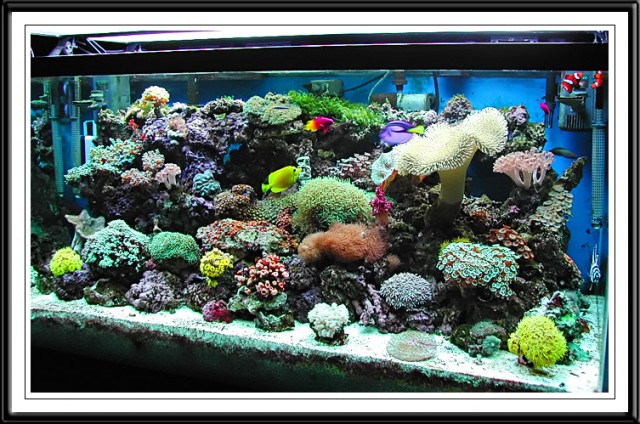 So I’ve been watching with interest the emergence of this “Internet of Things” thing, and while pondering it a bunch of questions flooded, and continue to flood, into my head. Just asking these questions opens many cans of worms and raises a bunch of other questions. The big question for me is, what exactly does it mean to be on the IoT?

What Exactly Does it Mean to be on the IoT?

So many Things are on the IoT, but what does that actually mean? Does a Thing on the IoT have a NIC? Does it have an IP address? Does it need a URI? Should it be pingable?

It’s not Really the Internet, is It?

It gets better. By my understanding, the Internet is (or was) a network of IP networks. The name “IP” — Internet Protocol — implies this.

But today’s IoT is clearly far more than Internet Protocol. The gazillions of devices that are on the so-called IoT are not necessarily IP devices — many communicate using a variety of non-IP protocols over Bluetooth, ZigBee, Z-Wave, hardwired via USB, X10, and countless other transport mechanisms.

With all the talk of IPv6 and the massive explosion of addressable devices that it supports, there are countless classes of sensors and other devices which are far too small and simple to incorporate an IPv6 stack. Consider a sensor that transmits a single piece of data, such as a tiny moisture detector, or light sensor. Such a device need only transmit a single bit of information. It makes no sense to build a massively complex IPv6 stack around such a simple device.

Yet non-IP devices like this are joining the IoT like crazy. This calls into question the “Internet” in IoT.

Which raises the next question.

What is a Thing?

The Oxford English Dictionary (OED) defines a thing as “An inanimate material object as distinct from a living sentient being.”

This definition, if followed precisely, prohibits all living beings from joining the IoT. What if I wanted to put my dog on the Internet? Lots of progress is being made in this area: look at the GPS trackers from Iotera, which they claim are the world’s smallest GPS tracking device.

But my dog is not a Thing, so therefore how can it join the IoT?

For that matter, what if I want to join the Internet. Strict interpretation of the word “Thing” in IoT would prevent this. This quote, also from the OED, says it all:

“I am not a thing, not a work of art to be cherished.”

So I object to the words Internet and Things in “Internet of Things.”

But analyzing the term was only the first step for me. I still had a bunch of other questions which now I’ll answer superficially, irreverently (maybe irrelevantly) and without a ton of research. 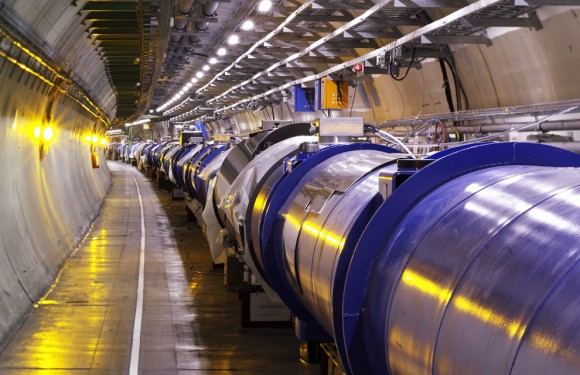 The largest mobile Thing on the IoT has to be this unbelievably massive oil tanker/mobile oil refinery. It’s not fully built yet, and will not be able to move under its own power (so technically it’s not a ship), but it is mobile, and it is giant: it’s five (Canadian) football fields in length, and weighs 600,000 tons. I challenge you to find a bigger mobile device on the Internet. 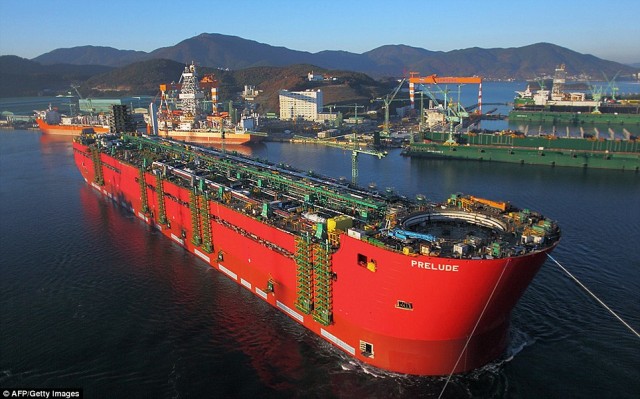 The coolest Thing (here I mean “awesome” cool, not “cold” cool) on the IoT has got to be the Wave Glider ocean-roving robot from Liquid Robotics, designed in part by Java creator James Gosling. This wave-driven surfboard houses all sorts of sensors as it explores the oceans and sends information back to its home base. 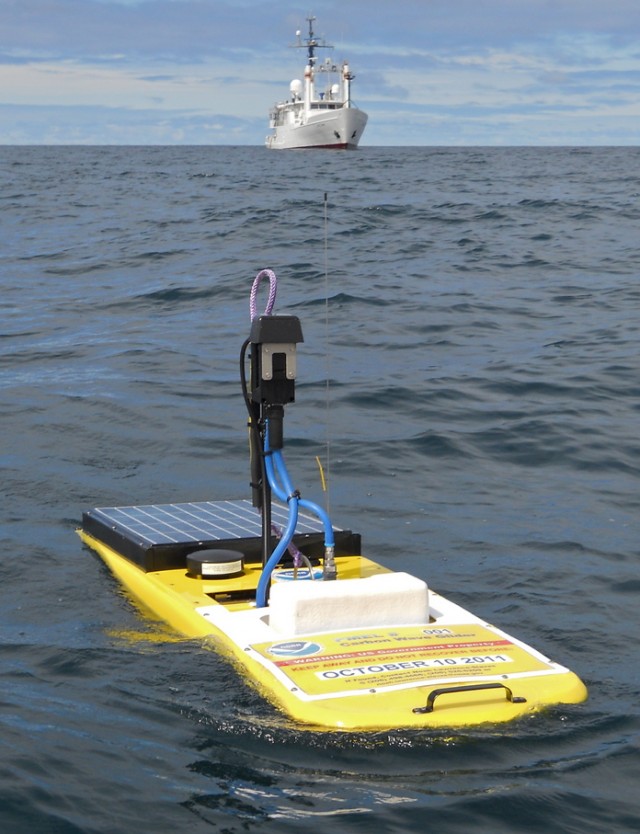 What’s the Most Ephemeral Thing?

Check out the digestible sensors from Proteus. These small devices are meant to be ingested alongside medications. They are powered by stomach acid, and when activated transmit a signal to a patch worn on the body. This patch communicates via bluetooth to a cell phone or tablet, which ultimately transmits to the cloud. 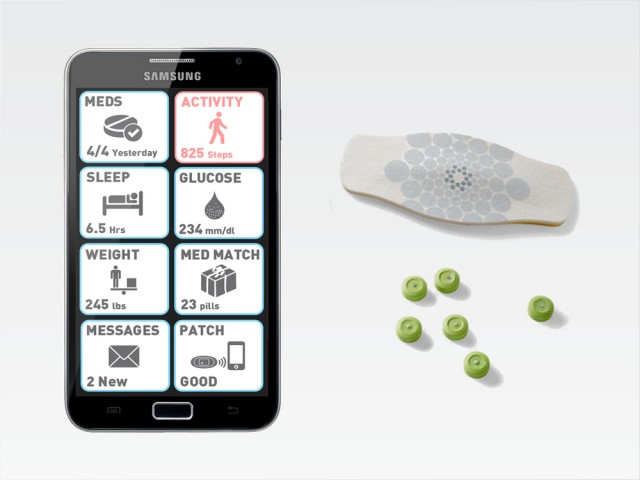 This kind of reminds me of the “Skeleton Dance”:

OK, enough of that. The end result is that you, or your caregiver, receive an email when you do, or don’t, take your meds. I find this to be both amazing and slightly disturbing at the same time.

At any rate, these little sensors are made of digestible ingredients which, soon after they’re consumed, dissolve completely — and get my vote for most ephemeral Thing.

I have no idea what the smallest Thing on the IoT is these days. The field of nanotechnology is advancing too rapidly for me to keep up, producing innovations like nanotech-enhanced smart paint, which consists of tiny sensors that collaborate to detect structural faults in aircraft and other vessels. Perhaps these are the smallest Things on the IoT, at least this morning. This afternoon, something else will probably surpass them.

What’s the Most Abundant Thing?

Again, technology is advancing too fast for an accurate answer. Smart meters are rapidly being deployed into every powered household in the world, which could easily exceed a billion smart meters. Which is roughly the same number of cars in the world, and cars are rapidly joining the IoT party. One billion is also the same order of magnitude as the number of cell phones in use today, and this number is dramatically increasing by the day. So it could be that cellphones are the most abundant Thing on the IoT. Today. Tomorrow, who knows?

What’s the Most Dangerous Thing?

Lots of Things are dangerous: power plants, dams, missiles, aircraft, weapons. Put them on a network and they’re open to hacks and remote attacks. Imagine what you could do with a remote root shell on the Linux-powered rifles from TrackingPoint. Or what if you issue “rm -rf /” on a 747 while it’s in mid-air? I don’t know what the most dangerous Thing is, but I sure hope whoever brings it online thinks long and hard about securing it.

They Keep on Coming

I could go on:

The questions keep coming and the answers keep changing, and I’m intrigued to hear others’ opinions.

Don’t Get me Started About IoS!

I’ll admit that my real purpose in writing this blog isn’t to be pedantic and dissect the semantics of trending buzzwords. (Like the new arrival IoS — Internet of Services — which in my humble opinion is just a subset of the IoT, given that a service, unlike my dog, is a Thing. Or even worse, the Internet of Objects. But don’t get me started.)

My main goal here is to discuss a few IoT concepts and address a handful of IoT questions. But this is really only the beginning. There are many technical challenges to be faced by companies looking to leverage the IoT: security, legacy devices, ports, uptime, routing, SLAs, data flooding, location awareness, discovery and a slew of other interesting topics.

The Sky’s the Limit

With the exponentially-increasing and mind-boggling advances occurring in technology these days, there’s no end to the procession of Things that will likely appear on the IoT in the near future. Umbrellas, fireworks, judge’s gavels, insects, trash cans, hammers, shoes, oil drills, bullets, kites, hockey pucks (puck cams), individual piano keys — there’s really no limit to the nature of Things that will end up on the IoT.

The New Stack is a wholly owned subsidiary of Insight Partners, an investor in the following companies mentioned in this article: Prelude, Docker.