One story has dominated the headlines this week: Elon Musk’s takeover of Twitter. But what does it mean from a developer point of view?
Apr 30th, 2022 6:00am by Richard MacManus 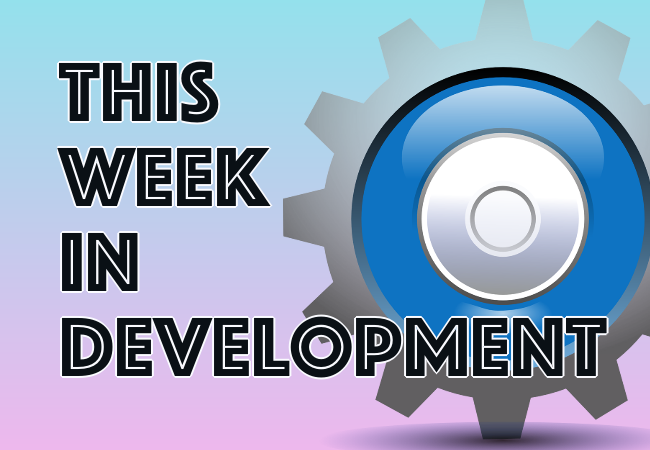 One story has dominated the headlines this week: Elon Musk’s takeover of Twitter. But what does it mean from a developer point of view? The Twitter development team put up a blog post this week claiming that its mission “to build an open developer platform that serves the public conversation” has not changed after the acquisition news. But the post seemed to be aimed more at Musk than the developer community, with statements like “our roadmap remains the same, and our dedication to our developer community is unwavering” sounding like a plea to the new boss. Please don’t make us turn off the API firehose again!

Bear in mind the uphill battle Twitter has had to convince developers to build on its platform again, after the betrayals of yesteryear. Twitter’s Amir Shevat (Head of Product, Developer Platform) sounded a little nervous about the situation in this tweet:

You know something is happening when your keyboard autocorrect automatically suggests “crazy times”.

Another intriguing question is what will happen to Twitter’s Bluesky project, the non-profit initiative Twitter launched in 2019 to create an open and decentralized version of itself. The Bluesky Twitter account went into thread-mode this week to address this question, given what it termed “the surge of interest in Twitter’s future.” It went on to stress that Bluesky was an “independent company” that “is owned by the team itself, without any controlling stake held by Twitter.” Whew! That’s a relief then. Wait… it’s a company?! So it’s possible that it too could eventually be bought by Musk? Yes, but regardless, as Bluesky CEO Jay Graber tweeted this week, “we need protocols, not platforms.” And open protocols are what Bluesky is dedicated to building.

Elon is just testing the limits of what he can get away with in this reality to see if it is, in fact, a simulation.

It should also be noted that Bluesky is still very early in its development. In an update post earlier this month, before the Musk news came out, the team noted, “We’ve started writing code to validate ideas and iterate on something concrete, but everything is still fully experimental.”

The Software House has released its State of Frontend 2022 report, based on a survey of 3,703 developers. No surprise that React came out on top in the “most used and liked” frameworks, although Angular has taken a step back (and was also ranked the highest in “most used and disliked). Svelte and Remix were rated the two most promising frameworks for the future. 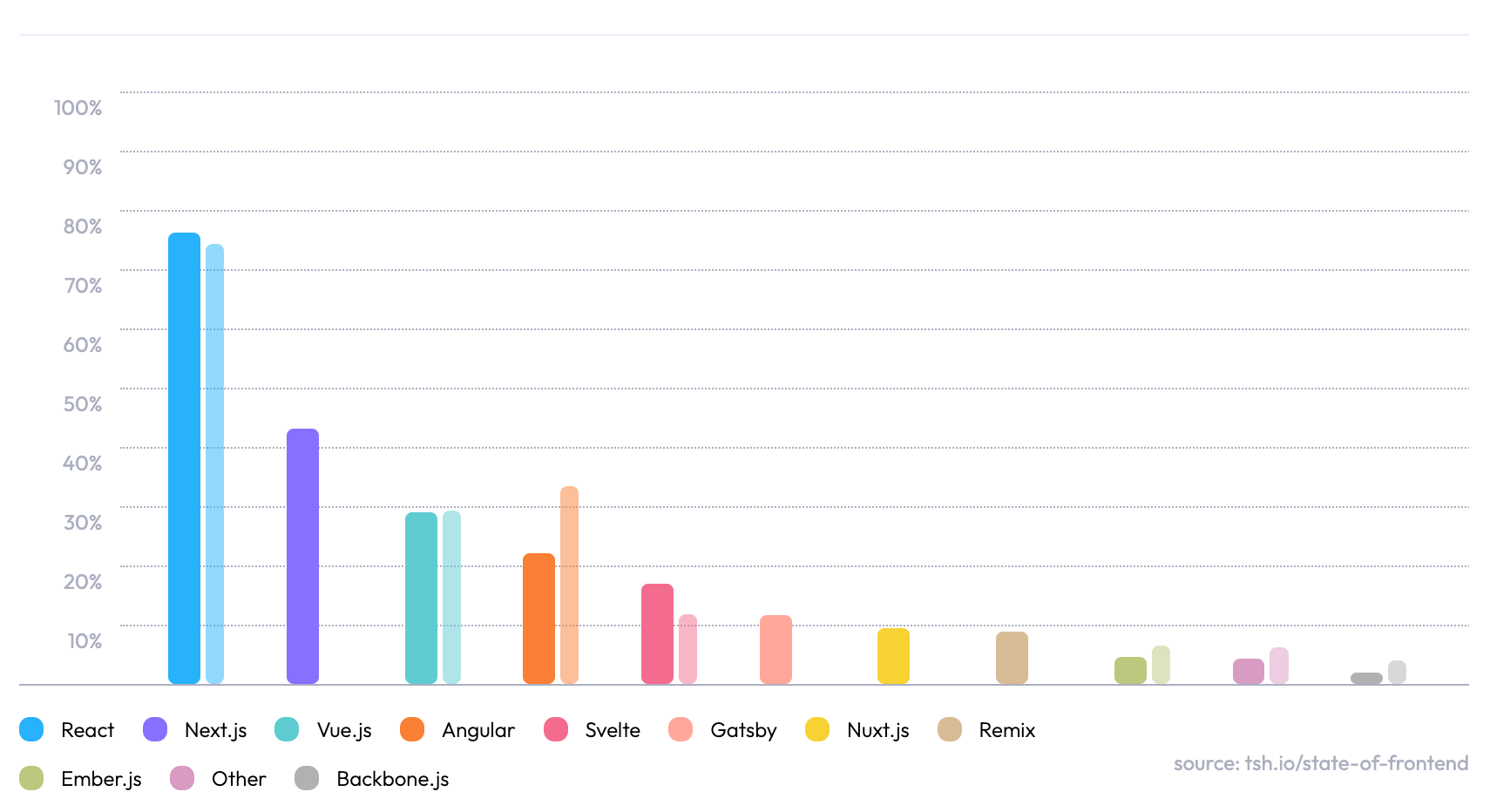 Note: shadow lines indicate results from the previous report in 2020.

In another notable result, Typescript was used by 84% of respondents and 43% expect it to “overtake Javascript and become a new frontend standard.”

I am buying JavaScript

Finally, for deployment of apps, Amazon Web Services (AWS) is now top-ranked, replacing “my own / client’s server” since 2020. The big mover though was Vercel, which has now drawn equal to Netlify in popularity. 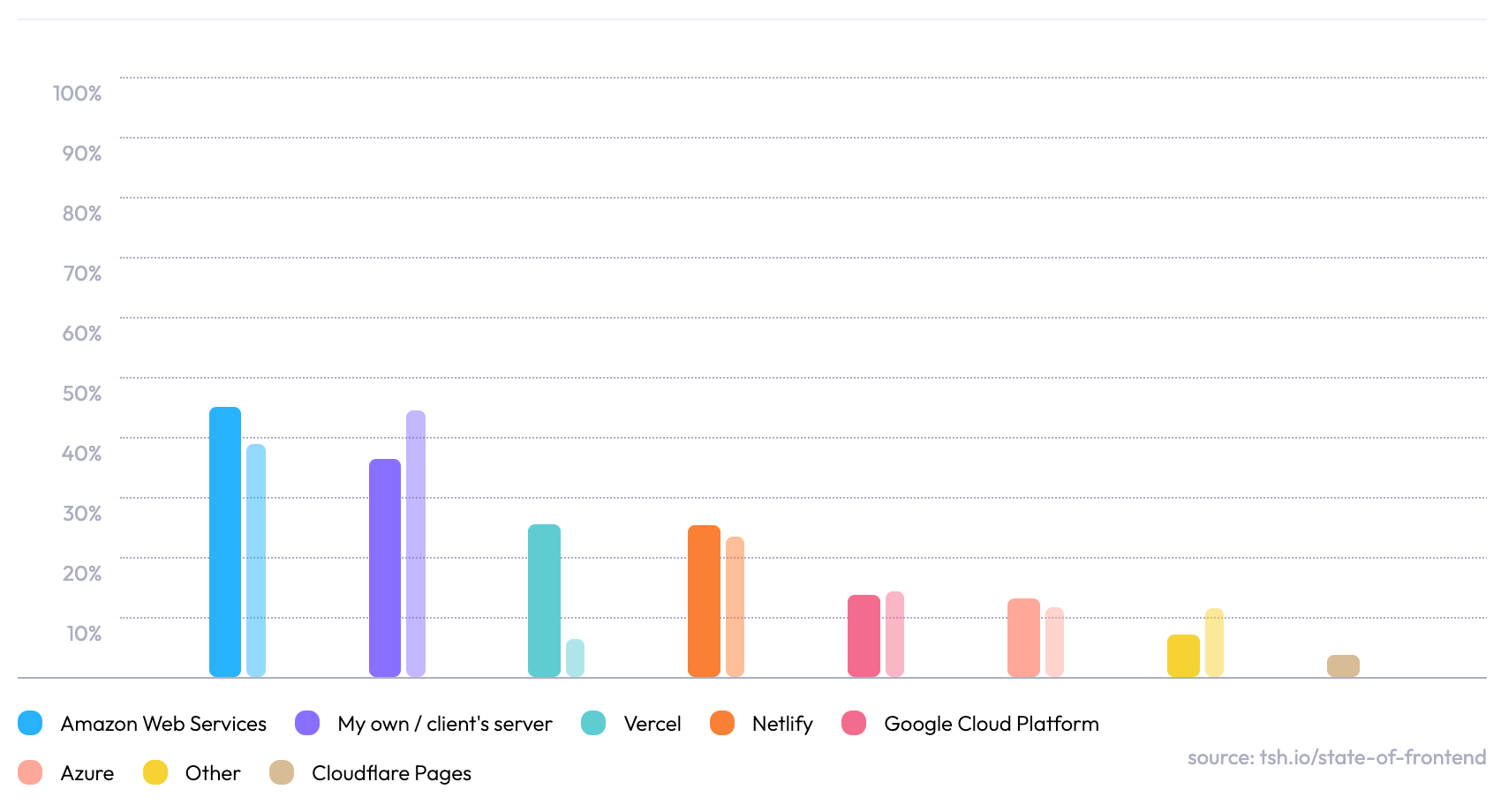 React 18.1.0 and Counting the Kilobytes

The latest version of React was released this week, 18.1.0. It appears to be mostly a bug fix of v18.0, released at the end of last month. Microsoft’s Alex Russell (spoiler alert, he’s not a fan of React) did the math:

LitElement still hanging out at 7K (or 11K for all the extras). lit-html (just reactivity) is *3K*.

Stencil is < 2K of runtime.

Y’all are paying too damn much for the basics. https://t.co/NJj6ggehma

“Because we’re one of the biggest technology focussed instances on the Fediverse, a lot of people requested an account on Fosstodon,” the community blog complained this week.

The “fediverse” is a growing federation of social media protocols and products that use open standards to interconnect. “We managed to prevent Fosstodon from falling over,” continued the blog post, “but to do that, we have had to triple the capacity of the server and our hosting fees have risen from $90/month to $220/month. This means that our usual 6-month float of funding has reduced to around 3 months.”

Mastodon is bit by bit becoming the new de facto place for FOSS stuff. I’ve been interested in Mastodon for several years but had mostly resigned to it being niche with everyone on Twitter. So glad to see traction here!https://t.co/MeT55zYBSE

It goes to show that running a social network at scale is never easy, but good on Fosstodon for welcoming all its new users with open arms.

The World Wide Web Consortium (W3C) Web Fonts Working Group has won a 2021 Emmy award, “for standardizing font technology for custom downloadable fonts and typography for web and TV devices.” It’s the third time the W3C has won an Emmy in the ‘Technical and Engineering’ category over the past seven years. In 2016, it won for the Timed Text Markup Language (TTML) standard “that helps ensure that the needs of people with disabilities, particularly people who are deaf or hard of hearing, are addressed,” and it won again in 2018 for “enabling a Full TV Experience on the Web, bringing videos to the Web with HTML5.”

A bit of earworm to end the week. Who knows where all you Twitter escapees will end up…

Usenet AOL
MySpace, who can tell
Friendster Facebook
Tumblr let’s have a look
Instagram LinkedIn
Twitter’s on the lam again.
CounterSocial
Mastodon
And the list goes on and on
🎶We didn’t start the fire🎶

Richard MacManus is a Senior Editor at The New Stack and writes about web and application development trends. Previously he founded ReadWriteWeb in 2003 and built it into one of the world’s most influential technology news sites. From the early...
Read more from Richard MacManus
SHARE THIS STORY
RELATED STORIES
An Inside Look at What GitLab’s Web IDE Offers Developers 2023 Web Tech Check-in: React Performance, PWAs, iOS Browsers Google Brings Rust into Chromium Project Google Touts Web-Based Machine Learning with TensorFlow.js Learning Storage and Retrieval with a Hash Function
SHARE THIS STORY
RELATED STORIES
Angular vs. React: How to Choose the Right Framework for You Pro Coders Key to Stopping Citizen Developer Security Breach How Foursquare Transformed Itself with Machine Learning JavaScript or WebAssembly: Which Is More Energy Efficient and Faster? Machine Learning Is as Easy as an API, Says Hugging Face
THE NEW STACK UPDATE A newsletter digest of the week’s most important stories & analyses.
The New stack does not sell your information or share it with unaffiliated third parties. By continuing, you agree to our Terms of Use and Privacy Policy.