What Has COVID-19 Taught Us About Information Networks?

It’s that bad things can happen to good networks, so systems need to be flexible and resilient
Mar 30th, 2020 8:47am by Niraj Tolia 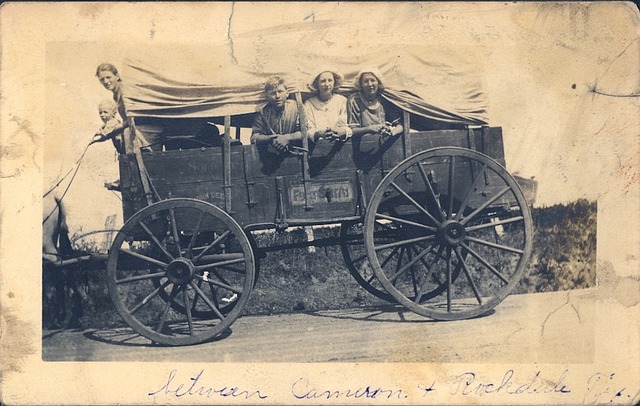 COVID-19 has been the most disruptive event in modern history, right up there with 9/11. But unlike a terrorist’s attack, this one has no geographic, ideological, or political boundaries. It’s been an equal opportunity pestilence, and there’s no way to downplay its impact.

However, it may be comforting to know that if it had occurred as recently as 30 or 40 years ago, a coronavirus outbreak would have been a far greater disaster. That’s because, during the intervening decades, a robust global communication network infrastructure has emerged. Today, a significant portion of the world’s commerce, administrative, and productive work is routinely conducted through that network’s digital conduits, clouds, server farms, data centers, and privately owned user devices. As a result, even with a massive workforce quarantine in place, a lot of work still gets done. That wouldn’t have been true in an earlier era; one can only speculate on the damage it would have inflicted back then.

With work-from-home policies now reinforced by government decrees in many parts of the world, there has been an abrupt and massive re-direction of workflows that are entirely digital. Nobody saw that coming. The infrastructure that emerged over several decades didn’t foresee the sort of dislocation and distribution a pandemic like this could create.

The capacity and resilience of these alternate pipeline systems, which may or may not be sustainable through long periods of stress, are being tested under battleground conditions. Internet brownouts, should they occur, could impact users all over the globe. An attack targeting key portions of the nation’s digital infrastructure at this vulnerable time would be immensely destructive. And there haven’t been any fire drills teaching people how to respond in advance.

Remarkably though, this improvised alternate system is continuing to function well in most places. But its outward fragility has prompted IT professionals to look closely at the need to create a more bullet-proof, or at least ballistic-resistant system for a mobile workforce — an infrastructure coupled with IT operations significantly more disaster-ready than ever before — one capable of accommodating the health and safety needs of employees while at the same time preserving business operations. What would one look like?

Elements of such a system are already available, although each business’s infrastructure and operating procedures will be a bit different. Fault-tolerant, self-healing cloud computation with automated disaster recovery is likely to find a place in many such configurations. So would cloud native and adaptive bitrate technologies. Other components might include a more agile, more scalable, more flexible, more cloud native infrastructure. Putting processes in place that enable IT teams to work remotely would be attractive. They would include providing the company’s IT staff with the tools needed to ensure business continuity. Proper security solutions would certainly be among these components. But so too would be backup and restore, and disaster recovery solutions tailored to each organization’s infrastructure needs. And, as working from home emerges as the new business standard, companies will need to adapt their IT policies and technology accordingly.

From the standpoint of the overall system, an appropriate response would most likely include capacity expansions to make sufficient fiber and content caches available for high-intensity bandwidth users such as video conferencing or streaming services. It would also include other infrastructure capacity improvements to prevent disruption. But accomplishing this will have to include a combination of people, technology and time — all of which have been impacted by the coronavirus. Some of it will require activities like rebooting, cable patching, in-ground installations, and other hands-on chores by human technicians.

Of course, none of these changes will be easy or cheap. For example, the algorithms we have come to depend on for efficiently predicting, analyzing and managing the operation of our IT systems, are based on historical data. That usually makes a lot of sense. But what if there’s no historical precedent for an emerging situation? A pandemic like the one we are facing right now is exactly that sort of exceptional event. So it is likely to require the judgment of experienced IT professionals who can see unique developments in a new light, explain their business implications to management, and then act on them decisively.

Even before we emerge from the dark cloud of coronavirus, and before any catastrophic collapse of the digital network occurs, the lessons of implementing disaster recovery systems are coming into sharp relief. They include crafting policies and adopting tools that employees can use to secure and protect sensitive company information. They include giving serious consideration to using systems that store high-value information in clouds rather than on laptops. They include examining current service agreements with cloud vendors to determine where they need additional support for things like security and backup and recovery services that might not be offered. Most importantly, they include crafting each organization’s network with the flexibility and resilience to recover from disasters without unwittingly creating new ones that may be even worse.

SHARE THIS STORY
RELATED STORIES
All the Things a Service Mesh Can Do OpenSSL Heap Memory Corruption Vulnerability Fixed Starlink and Couchbase — Accelerating Innovation to the Stars Is Kubernetes the Next Fault Domain? Azure Went Dark
SHARE THIS STORY
RELATED STORIES
How to Overcome Challenges in an API-Centric Architecture Sidecars are Changing the Kubernetes Load-Testing Landscape Performance Measured: How Good Is Your WebAssembly? Starlink and Couchbase — Accelerating Innovation to the Stars Confluent: Have We Entered the Age of Streaming?
THE NEW STACK UPDATE A newsletter digest of the week’s most important stories & analyses.
The New stack does not sell your information or share it with unaffiliated third parties. By continuing, you agree to our Terms of Use and Privacy Policy.