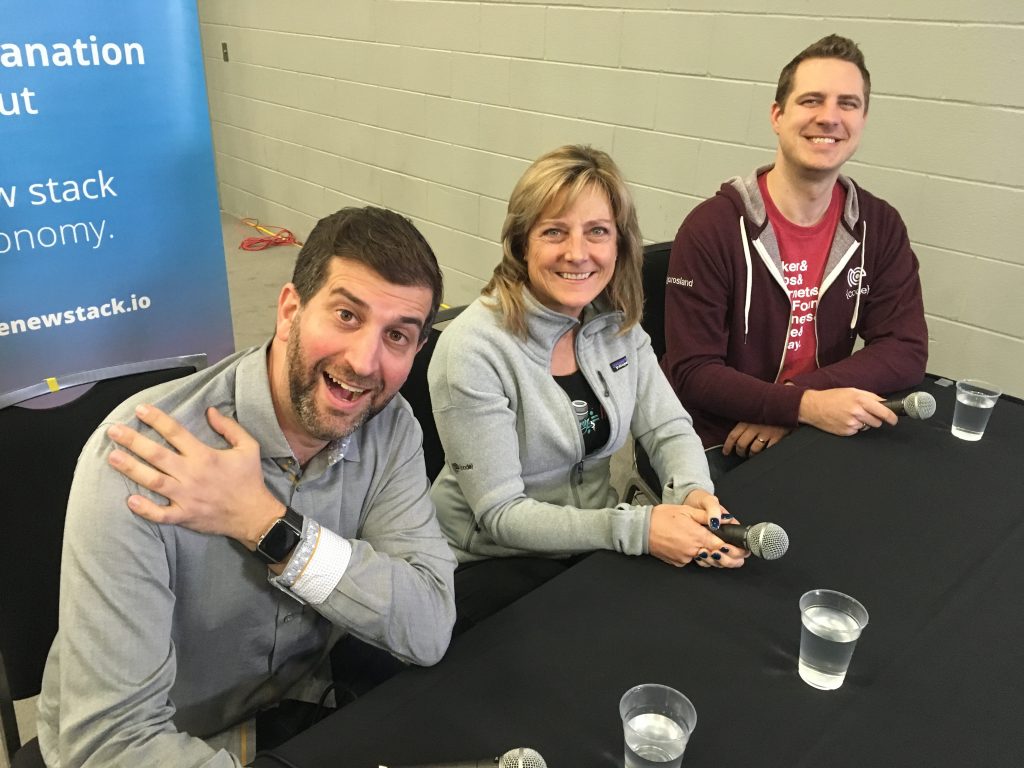 On this newest episode of The New Stack Makers podcast, we explored the ways in which community building and communication are key components for {code} in bolstering a successful team. TNS founder Alex Williams was joined by Dell vice president of technology Joshua Bernstein, Kim McMahon, who works on {code} outbound communications and social media, and {code} open source community manager Jonas Rosland.

{code} is a group of passionate open source engineers and advocates building community through contribution and engagement in emerging technologies. For more information on our open source projects, please visit us online at thecodeteam.com and join the {code} Community at thecodeteam.com/community.

EMC built out the {code} team in 2014 wanting to be a part of the open source community. “We wanted to make sure we had something our customers wanted, that our customers needed. So we started creating open source projects, started being a part of other open source projects as well, so we got into the community that way,” Rosland said. Bernstein added that as the market continued to evolve, maintaining relevancy was key to {code}’s creation (Dell purchased EMC in 2015).

When putting its values into practice, Bernstein mentioned that structure is one of the key components to {code}’s success. “You see a lot of large companies do open source and they sort of throw it over the wall and say, ‘It’s open source!’ but it’s not really done in the best interest of the community. It’s not done with transparency, and it’s not done in a way that can be effectively consumed by groups of people.”

Bernstein added that many companies both large and small often see their open source projects not go anywhere as a result, which can lead to frustration both for the company and the open source community. “We wanted to put some guidance around look, if you’re going to do open source, here’s what this means. If you don’t agree to these principles, or you don’t like where this is going, then maybe there’s no reason to do open source,” he said.

0:50: {code} and how it started.
2:54: {code}’s core values and principles.
4:35: The projects that the {code} community is actively developing at the moment.
6:23: What are some of the practices {code} has been learning that are important to its success.
8:28: The projects {code} is focusing on currently that are not storage related.
10:48: Where Rosland, Bernstein, and McMahon want to take the {code} team in the future.