What Is Robotic Processing Automation?

An introduction to Robotic Processing Automation, which involves using specialized software that's capable of evaluating data and dealing with it appropriately according to the task at hand
Jul 22nd, 2019 1:38pm by Kayla Matthews 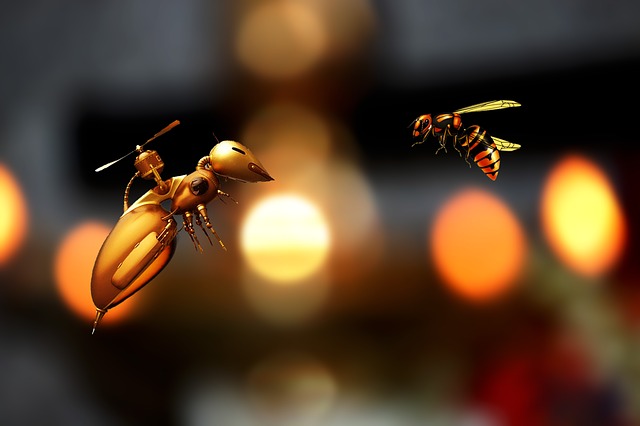 Regardless of the specifics of your workplace or your role within the company, you’ve likely noticed that it continually tries to boost productivity. Often, that means looking at various processes and identifying the bottlenecks or other inefficiencies within them.

The ongoing push to make companies as efficient as possible helped create the need for a technology called Robotic Processing Automation (RPA).

How Does Robotic Processing Automation Work?

RPA involves using specialized software that’s capable of evaluating data and dealing with it appropriately according to the task at hand. The software features artificial intelligence (AI) components that facilitate computers handling high-volume and repetitive tasks previously done by humans.

Moreover, using RPA does not necessarily require coding on behalf of the user during setup or permission to access the code of the applications that utilize RPA. As such, it works particularly well for companies that are interested in automating parts of their processes but don’t want to interfere with the functionality of the applications they already use.

Unlike static tools that perform linearly, RPA software is dynamic. It looks for patterns in the inputted data and makes decisions about how to treat similar kinds of information in the future. As such, an employee often trains an RPA tool to carry out a particular task by going through the various stages for demonstration purposes. Then, the software identifies which steps the person takes and replicates them.

What Are the Main Types of Robotic Processing Automation?

If you start researching RPA in more depth beyond this introductory article, it’ll soon become clear that there are several main types of RPA tools for companies to use. Knowing about each of them should make it easier to determine which ones are best for your company’s needs or the requirements of your team.

One kind, for instance, is called attended automation. It combines human knowledge and abilities with automation that saves time. More specifically, a person’s action triggers the attended automation tool to do something for that employee. In the case of a call center worker, the person might use RPA to search for information about a customer. Then, the RPA software could automatically paste the caller’s details into a different interface.

RPA involves using specialized software that’s capable of evaluating data and dealing with it appropriately according to the task at hand. The software features artificial intelligence (AI) components that facilitate computers handling high-volume and repetitive tasks previously done by humans.

This kind of assistance stops an employee from repeatedly opening up various windows and potentially making errors or encountering other slowdowns that could result in decreased performance or customer satisfaction levels. RPA tools also offer unattended automation. As you might guess, they function without human involvement and allow the companies using them to launch the products on a schedule if desired.

For example, if a company needs to create daily reports for one of its departments, it may use an unattended RPA bot to handle that need. Doing so means people don’t have to remember to make the reports because everything happens in the background.

What Are Some General Ways to Use RPA in a Company?

You’ve probably discovered so far that one of the most useful things about RPA is how it enables plenty of customization to meet a company’s needs.

“RPA benefits organizations primarily through increased capacity without increased headcount, which allows businesses to optimize their processes through cost efficiency gains or revenue lift opportunities,” says Chris Huff, chief strategy officer at PPA-provider Kofax. “RPA also benefits individuals, primarily by providing employees an additional tool they can use to augment their work by eliminating the dull and repetitive rules-based tasks in a quick and accurate fashion. This empowers employees to focus on higher-value work such as making decisions and taking action.”

To give you an idea of potential ways you might use RPA at the enterprise level, here are some broad examples.

One of the most popular ways to implement RPA is to use it for data entry work. Anyone tasked with this knows the responsibility is cumbersome because it often requires logging in and out of various interfaces and working with several products at once while copying, pasting or typing information into the correct fields. Some RPA solutions examine scanned documents, extract the data and format it according to a business’s specifications.

System integrations RPA bots also exist, and they facilitate communications between legacy equipment and newer additions to a company’s workflow. RPA allows those different systems to “speak” to each other with solutions that are substantially less expensive than full integrations. Previously, the usual way to link an older system with a newer one was to write an application programming interface (API), but RPA eliminates that step.

RPA technology works well for verification and validation tasks, too. For example, banks go through tedious mandatory due diligence processes to research customers before extending loans to them or entering into other contractual agreements. An RPA tool could help streamline specific steps so they happen in substantially shorter periods.

Then there are trigger robots, mentioned briefly above. They take care of a particular action once a person — such as a customer, supplier or employee — engages in the triggering event. Think of the last time you ordered something online or signed up for an e-newsletter. More than likely, you received a confirmation message mere seconds after sending your submission through the system. An RPA trigger bot probably made that happen.

Robotics and AI are both firmly embedded in modern society, and progress in those disciplines is inevitable for the foreseeable future. The fast pace of innovations means some of the advancements that become realities soon may be impossible to imagine now.

“RPA is now entering its next evolutionary phase, connected RPA,” says Pat Geary, Chief Evangelist at Blue Prism, “which is an era of collaborative technology innovation, led by savvy business users — the makers — and enabled by intelligent business automation.”

“Connected-RPA allows organizations to allocate everyday tasks to a digital workforce so employees can have increased capacity and teams can focus on pursuing their strategic goals,” says Geary. “Not only does this positively impact production costs and revenue, but an ecosystem that allows both digital and human workers to work in tandem drives digital transformation across an organization.”

Many colleges recognize that artificial intelligence and robotics is a multidisciplinary field. People pursuing that major often take core courses for all students focusing on those topics, then specialize in things like mechanical engineering or algorithm design during the rest of their college careers. Individuals who major in artificial intelligence and robotics might someday help push RPA software forward.

Findings from analysts indicate that it’s useful for students, company leaders, tech enthusiasts and others to stay abreast of developments in RPA. Gartner published a press release in early 2019 that highlighted how the worldwide RPA market grew 63% in 2018, reaching a total worth of $846 million. Moreover, Gartner’s professionals identified RPA as the fastest-growing segment of enterprise software.

It’s also likely that future RPA tools will integrate with even more existing applications than what’s currently available, and offer more intelligent capabilities. As a start, many RPA tasks are primarily rule-based, which means company representatives set the parameters for the tool’s functionality and tweak them as needed. However, as AI becomes more prominent within RPA tools, people can expect more advanced options that do more with less setup time.

Whether you’re part of a company’s information technology team now or aspire to work in IT soon, knowing about RPA could allow you to get more done for a workplace while reducing or eliminating the time spent with time-consuming processes. Although many kinds of RPA don’t require coding, some options do permit making in-depth changes to the software. Understanding RPA in a general sense now will help you best assess a company’s needs and how to fill them later.

Why Does Robotic Processing Automation Matter to Today’s Companies?

By this point, perhaps you think RPA sounds interesting, but you’re still not convinced that investing in robotic processing automation makes sense for your workplace. The first thing to keep in mind is RPA can save employees from doing so many repetitious tasks, freeing them to use their brainpower for other things.

Coca-Cola used RPA in that way when it relied upon software to automate some responsibilities previously handled by the finance and human resources department associated with its franchise bottlers in North America. RPA allowed the brand to accomplish eight times more work without hiring additional staff members. Also, the company used the technology to assist with auditing all its data instead of only doing spot audits.

Consider another fascinating case study whereby the Colorado Housing and Finance Authority, which helps clients secure financing for affordable housing, depended on RPA to manage spreadsheet-related tasks. The organization goes through a monthly reconciliation process to ensure the information its customers provide matches the data given to a loan-servicing company.

The data filled 75,000 spreadsheet rows, making the company realize the task was a strong candidate for RPA. Before the company invested in an RPA solution, four team members worked for three days to move information from multiple spreadsheets into a data warehouse by hand. Now, the movement and extraction of the necessary data happen via automation. Employees receive details about possible discrepancies and can address those issues in minutes.

Those are just a couple of case studies to ponder. It should be easy to envision how bringing RPA into your business in similar ways could provide lucrative payoffs concerning the time and money saved.

Are You Ready to Benefit from Robotic Processing Automation?

This explainer about RPA should make you feel well-equipped to understand why a growing number of companies decide it will help them accomplish business goals in less time. Before you choose to follow their lead, take the time required to identify the most time-intensive tasks throughout your company’s IT department or the organization at large. Then, investigate how RPA could boost efficiency.

He says brands can accomplish this through the following:

RPA isn’t difficult, but it does require constant “care and feeding,” so be prepared to apply resources to sustain any RPA program.

“When planning to implement RPA, companies must always consider the human first,” notes Geary. “A company looking to get started with RPA should create a road map that defines the type of work humans should do versus their digital counterparts. The RPA strategy should align with the company’s wider business strategy, and business leaders must set tangible and realistic goals for implementation.”