What Is Ubuntu Pro and How Can You Use It?

Canonical expanded Ubuntu Pro beyond commercial use and into personal and small-scale deployments; Consumer desktop users can use Ubuntu Pro for free for up to five machines.
Oct 18th, 2022 3:00am by Jack Wallen 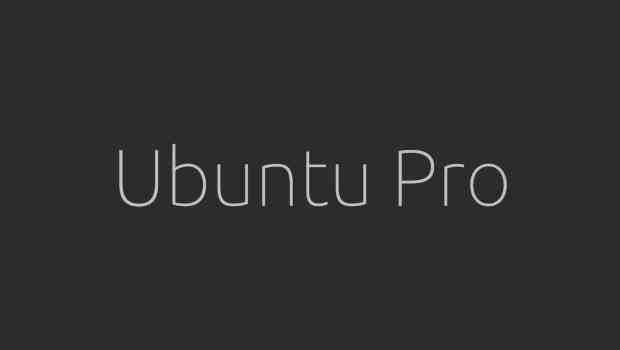 Canonical is always looking for new ways to make its Ubuntu operating system more secure and reliable. Given how many distributions on the market are based on Ubuntu, the reliability of the platform is quite impressive. It’s a very rare occasion that I run into a single issue with a Ubuntu operating system (either on the desktop or the server). And even though Ubuntu is already quite secure, Canonical continues pushing the envelope.

To further push those boundaries, Canonical launched Ubuntu Pro. What is Ubuntu Pro? Simply put, it’s a security and maintenance subscription that offers a whopping 10-year security coverage that not only covers the operating system but over 23,000 applications, such as Ansible, Apache Tomcat, Apache Zookeeper, Docker, Drupal, Nagios, Node.js, phpMyAdmin, Puppet, PowerDNS, Python 2, Redis, Rust, WordPress, and others. So, if you depend on security and compliance for the software you use, Ubuntu Pro is what you need.

Recently, Canonical decided to expand Ubuntu Pro beyond commercial use and into personal and small-scale deployments. That means even consumer desktop users can enjoy the benefits of Ubuntu Pro for free for up to five machines. So whether you’re a single desktop user who works with Ubuntu as your daily operating system for productivity, a developer who uses Ubuntu as your dev platform of choice, a small business that depends on Ubuntu server for various things, or even a massive enterprise company, you can benefit from Ubuntu Prol.

Of course, only those individuals and small-scale commercial use cases can take advantage of the free price tier.

And 10 years of security… who doesn’t want that?

But how do you make use of Ubuntu Pro? I’m going to show you. I’ll demonstrate this on Ubuntu 22.04 desktop, but the same process will hold for other releases (as well as the server version).

To use Ubuntu Pro, you will need the following:

Depending on which version of Ubuntu you are using, you may or may not have Ubuntu Pro installed. To check if it is, issue the command:

For this to work, you must have at least version 27.11.2. If the version you have is older than that, you’ll need to run an upgrade with the following command:

Once the upgrade completes, reboot, log back in, and check the version.

If you find that Ubuntu Pro isn’t installed, you can install it with the command:

Reboot after the installation.

Now, technically speaking, you should see a new Ubuntu Pro tab in the Software & Updates app. I have yet to see that tab appear and, instead, only see Livepatch. Because of that, we’ll be working via the command line.

You will probably see the following warning at the bottom of the output:

This machine is not attached to an Ubuntu Pro subscription.

To attach the machine, you must open a web browser and visit the ubuntu.com/pro site and register for a free account (or log into your Ubuntu One account). Once you’ve either logged in or created your account, you should see a Free Personal Token on the Your Subscriptions page. Copy that token to your clipboard.

Next, you need to associate the machine with your account, which is achieved with the following command:

Where TOKEN is your Free Personal Token you copied from the Ubuntu Pro Subscription page.

Once your machine is attached, you’ll need to enable the sem-apps service (which is currently in beta) with the command:

With your system fully attached to Ubuntu Pro, you can check to see if there are any security patches available for your system by issuing the command:

If the output indicates there are no security updates for esm-apps, you’re good to go.

One thing to keep in mind is that you might have to disable esm-apps before you install an app that would fall under the esm-apps (Extended Security Maintenance) update process. For that you’d disable the service with:

Once you’ve disabled the service, install the app as you normally would. After the app has been installed, re-enable the service with:

Now, when you run the command:

You might see output indicating there’s a patch available.

One thing to keep in mind is that (as of this writing) even after installing and enabling Pro, I have yet to see the Ubuntu Pro tab show up in the Software & Updates GUI. This could be because the service is so new. Because of that, every task associated with Ubuntu Pro will have to be taken care of from the command line.

Another issue I’ve come across is an error that the public key is not available for the esm updates. That error is shown when apt-get update is run and looks like this:

You’ll see a warning that apt-key is deprecated, so we have to fix that. To do so, locate the key ID with the command:

You should see the esm entry listed with a random string of characters that looks like this in the second line:

Copy the final 8 characters and remove the space. Now, run the command:

That will fix the GPG problem and everything should go much more smoothly from that point on.

And there you go, you’ve enabled Ubuntu Pro on your desktop or server and can enjoy the added benefit of 10 years of security updates and patches.