What It Takes to Go from CNCF Sandbox to Incubation

Experts from Upbound, Splunk and Lightstep review two CNCF projects that have gone from sandbox to incubation: Crossplane and OpenTelemetry
Nov 23rd, 2021 12:21pm by B. Cameron Gain 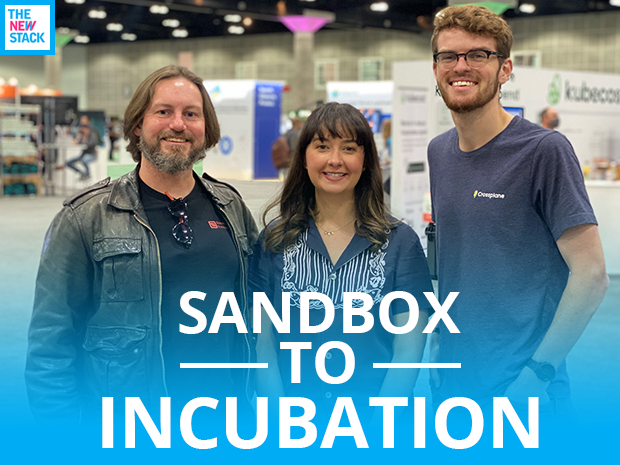 The number of Cloud Native Computing Foundation (CNCF) projects has exploded since its first project Kubernetes, setting the stage for hundreds of tools and platforms that have achieved the various CNCF project maturity milestones of Sandbox, Incubated or Graduated.

In this latest episode of The New Stack Makers podcast, we look at two CNCF  projects that have gone from sandbox to incubation: Crossplane, a Kubernetes add-on for infrastructure assembly and OpenTelemetry, which supports a collection of tools, APIs, and SDKs for observability.

What It Takes to Go from CNCF Sandbox to Incubation

In the case of OpenTelemetry, Caramanolis described how there was initially some hesitation about wanting to apply for  incubation.

“We offer traces, metrics and logs, but one of the first things that we committed to for OpenTelemetry was getting traces done. And so we are trying to balance how quickly we can make progress on tracing everything else and because the open tracing community had been… in pause — I think that’s a fair word to use — for so long, we wanted to make sure that they can start adopting newer variations of telemetry tracing specifically,” Caramanolis said. “So, we are trying to get that done. But I think we’re pretty lucky — the project took about two years to get to incubation from its creation, and that’s a lot of work.”

Since OpenTelemetry is completely backwards compatible with OpenTracing, “there was this kind of weird gap where the more advanced project was OpenTelemetry,” Young said. “But if you looked at the CNCF project list, it looked like OpenTracing was the more advanced project,” he continued. “So, we applied for incubation so that by getting OpenTelemetry to incubation, we could then archive the OpenTracing project. And that would kind of cleared the landscape up within the CNCF and make it match reality a bit better.”

Crossplane largely serves to address a problem cloud native DevOps teams often have: How  to provision infrastructure using the same APIs used to provision workloads on Kubernetes. Mangum described how Crossplane allows developers to, for example, have access to an API for a database, and that can be satisfied by an RDS Instance, or a Cloud SQL instance. “It doesn’t have to actually be exposed to them — they need a consistent way to see that,” Mangum said. “So, we usually use a phrase like, ‘build your own Heroku or something like that and that’s built on top of Kubernetes.’”