What LaunchDarkly Learned from ‘Eating Its Own Dog Food’

In this episode of the Makers podcast, LaunchDarkly's head of product tells what the feature management company has learned from using its own platform and what the results mean for its customers.
Jan 4th, 2023 1:41pm by Heather Joslyn 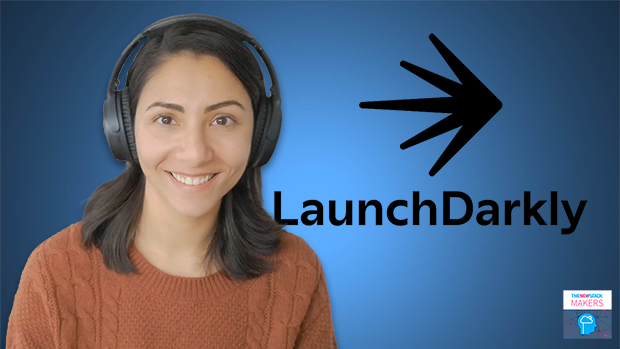 Feature flags — the on/off toggles, written in conditional statements, that allow organizations greater control over the user experience once code has been deployed —  are proliferating and growing more complex, and demand robust feature management, said Karishma Irani, head of product at LaunchDarkly, in this episode of The New Stack Makers.

In a November survey by LaunchDarkly, which queried more than 1,000 DevOps professionals, 69% of participants said that feature flags are “must-have, mission-critical and/or high priority” for their organizations.

What LaunchDarkly Learned from ‘Eating Its Own Dog Food’

The idea of feature management, Irani said, is to “maximize value while minimizing risk.”

LaunchDarkly uses its own software, she said, and eating its own dog food, as the saying goes, has paid off in gaining insights into user needs.

As part of LaunchDarkly’s virtual conference Trajectory in November, Irani joined Heather Joslyn, features editor of The New Stack, for a wide-ranging conversation about the latest developments in feature management.

This episode of Makers was sponsored by LaunchDarkly.

As an example of the benefits of having first-hand knowledge of how their company’s products are used, Irani pointed to an internal project in mid-2022.

When the company migrated from MongoDB to CockroachDB, it used new capabilities in its Feature Workflows product, which allow users to define a workflow that can schedule the gradual release of a feature flag for a future date and time, and automate approval requests.

“All of these async processes around approvals schedules, they’re critical to releasing software, but they do slow you down and add more potential for manual error or human error,” Irani said. “And so our goal with Feature Workflows was to essentially automate the entire process of a feature release.”

This past June, the company also revised its Experimentation offering, she said. Led by James Frost, LaunchDarkly’s head of experimentation, the team did “a complete overhaul of our stats engine, they enhanced the integration path of our customers’ existing data sets and metrics,” Irani said. “They redesigned our UX and the codified model and experimentation best practices into the product itself.”

For instance, a new metric import API helps prevent the problem of multiple teams or users within a company using different tools for A/B and other experiments. It “significantly cuts down on manual duplicate work when importing metrics for experimentation,” said Irani. “So you can get set up faster.”

Another addition to the Experimentation product is a sample ratio mismatch test, she said, so “you can be confident that all of your experiments are correctly allocating traffic to each variant.”

These innovations, along with new capabilities to the company’s Core Flagging Platform, are in general availability. On the horizon — and now available through LaunchDarkly’s early access program, is Accelerate, which lets users track and visualize key engineering metrics, such as deployment frequency, release frequency, lead time for code changes, and flag coverage.

“I’m sure you’ve caught on already,” Irani said, “but a few of these are Dora metrics, which obviously are extremely critical to our users.”

Check out the entire episode for more details on what’s new from LaunchDarkly and the problems that innovators in the feature management space still need to solve.