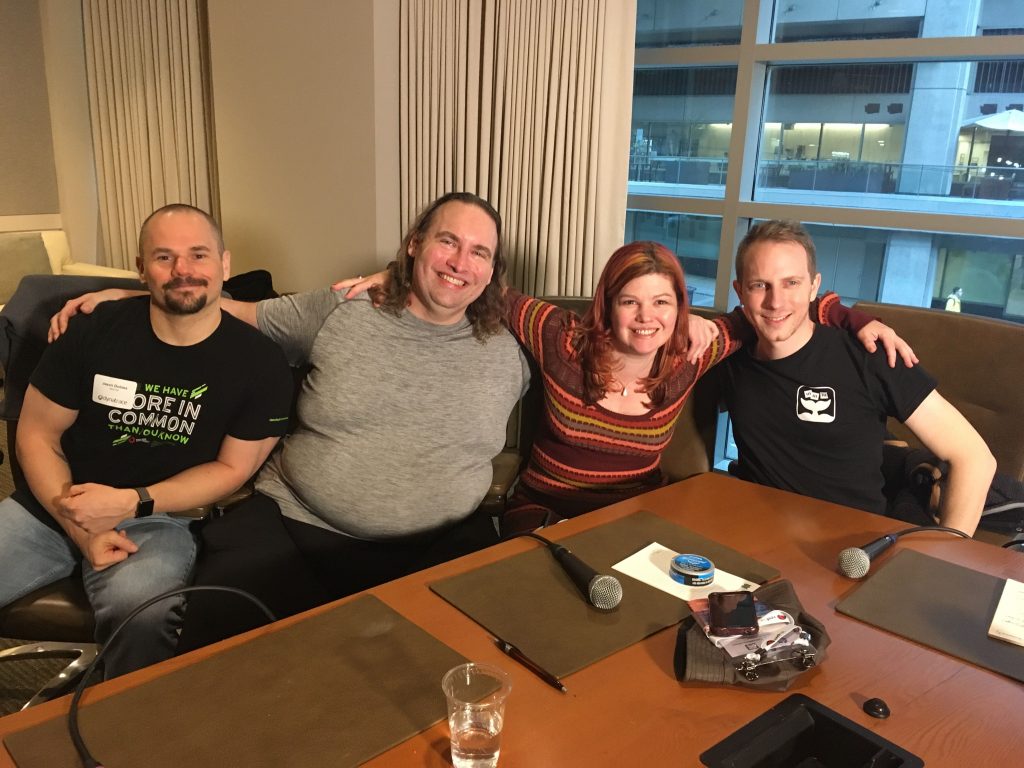 The state of open source over the course of the past few decades has certainly changed. IBM last year purchased Red Hat, for example. But the original open source spirit of sharing remains intact — though the extent to which that is the case remains a subject of debate.

What open source really means today and how it has evolved were major themes of a podcast Alex Williams, founder and editor-in-chief of The New Stack, recently hosted at KubeCon + CloudNativeCon in Seattle. Among the open source thought leaders on hand to offer their observations were:

The differences between open source culture, and its underground-like feel over 20 years ago, and today’s explosion in commercial software enterprises based on open source code are stark, indeed.

But at the same time, “the world is changing and we actually, in some sense, have done ourselves a disservice by calling ourselves open source, because it focuses on things like licenses —  it focuses on those aspects of the system,” Warnicke said. “The truth is open source is the most successful collaboration model on earth.”

But the concept of commercial licensing is incongruous with hogging intellectual property.

“Executives have been thinking for decades about clutching intellectual property — they see this as valuable and it is valuable,” Warnicke said. “But there is often more value in letting go than there is in holding on.”

Ellis described the inherent principles of reciprocity in the open source community “where if you give someone something, they feel like they should give you something back,” Ellis said. “It’s like at Christmas — you buy your wife a gift for $200, she’ll get you something for $200 or $250. And in open source, it’s kind of the same,” Ellis said. “And so sometimes, you’re actually kind of seeding stuff and you won’t see returns. But some other times you will and they’ll be like, 10-fold— so my sort of secret is to invest in people and just always be like trying to help them out.”

The human factor places a key role Kirksey said. “One of my jokes actually is that the problem with open source is it’s made of people — so, that really when it comes down to working in open source communities, it’s oftentimes about getting consensus. It is about helping people work across different geopolitical, cultural expectations across corporate boundaries so they begin to think of themselves as on the same team,” Kirksey said.

Speaking from past experience, Dobies said you do not become involved in open source projects purely for personal gain, but instead, by being “part of something bigger.”

2:27: What do you mean by people interacting?
7:15: How are you smoothing the transition for these organizations?
9:50: Thinking about the large world open source has, how do you compare it to five years ago?
14:26: When you’re thinking about how customers use open source, what is it you see changing how they view open source and open source strategy?
17:10: Is there any advice you would provide those organizations starting out in open source?
19:06: What are the best approaches you’re trying to instill when talking to people about open source?

KubeCon+CloudNativeCon, The Linux Foundation, Red Hat, Twistlock and VMware are sponsors of The New Stack.