The New Stack's annual reader survey revealed which topics are hot among technologists who work at scale, and which are becoming yesterday's news.
Jan 4th, 2023 12:12pm by Heather Joslyn and Lawrence E Hecht 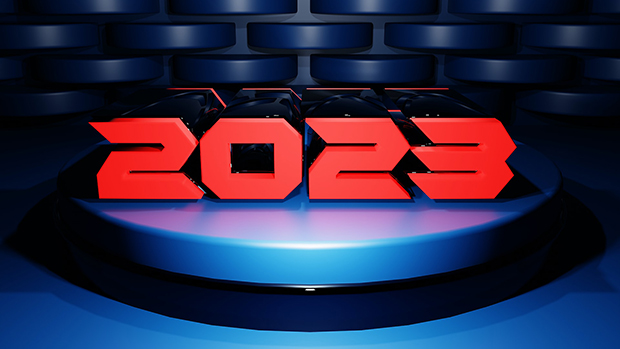 Image by BoliviaInteligente on Unsplash.

Look for more coverage of DevOps — along with API design/management/testing, cloud infrastructure services and platform engineering in The New Stack in 2023. Those are the areas TNS readers most want our writers and editors to drill down into, according to our latest Reader Survey.

As it has for the past six years, The New Stack surveyed its readers to get a sense of which topics are most likely to be interesting and relevant to them in the coming year, with special attention paid to what readers with different specialties (developers, operations engineers, software architects, DevOps team members and IT managers) want to read.

The most recent survey, conducted online in November and early December 2022, is based on results from 306  participants.

APIs up, Diversity down

The survey results surfaced the topics TNS readers overall were most interested in, along with those favored by readers in different specialties.

Overall, API design/management/testing and DevOps are tied as the most popular topics, each cited by 55% of readers, followed closely by cloud infrastructure services (54%). Platform engineering, cloud native ecosystems and DevSecOps received the most votes out of the 16 new topics we asked about it in 2022.

Overall, up to 20 choices were allowed across 57 topics. Since the 2021 study only allowed eight of 48 topics to be picked, we looked at rankings and normalized scores to compare changes in interest over time.

Some of the topics with the most significant changes in interest from 2021 to 2022 were:

The following table shows how interest in key topics about cloud native approaches has shifted from 2021 to 2022.

Several of these topics are very broad. More insight can be gained by looking at which subject matter was favored by readers in specific job roles.

For instance, 79% of developers and software engineers picked application architecture as the topic they were most interested in reading about in The New Stack. It was followed by API design/management/testing (66%), CI/CD tools (55%), and platform engineering (54%).

By contrast, the top three most requested subjects by architects were multicloud/hybrid architectures (65%), cloud infrastructure services (62%) and Kubernetes (62%).

IT managers, including C-level executives such as chief technology officers, aligned more closely with architects than developers. However, managers were most likely to seek coverage of the vast and often puzzling cloud native ecosystem (68% of managers want it). Ecosystem coverage was followed closely by cloud infrastructure services (65%) and multicloud/hybrid architectures (62%)

With the cloud native ecosystem expanding so rapidly, it’s perhaps no surprise that the new types of content TNS readers said they would be most interested in are comparison guides (cited by 37% of respondents) while 36% want special reports on trending technology. Here’s how other options fared.

The five most common jobs among the respondents were:

Most of the readers we surveyed are relatively new to TNS: 29% have been New Stack readers for less than a year, and the same percentage has followed TNS for between one and two years.

The overwhelming majority of our readers said they are either satisfied or very satisfied with TNS’ offerings: 81% in the new survey, up from 74% who said the same in 2021.

Lawrence has generated actionable insights and reports about enterprise IT B2B markets and technology policy issues for almost 25 years. He regularly works with clients to develop and analyze studies about open source ecosystems. In addition to his consulting work,...
Read more from Lawrence E Hecht
SHARE THIS STORY
RELATED STORIES
Improve the Quality of Your APIs with Spectral Linting Building Access Permissions into Your API Platform Engineering in 2023: Dev First, Collaboration and APIs Pro Coders Key to Stopping Citizen Developer Security Breach 5 Software Security Goals All CTOs Should Prioritize
TNS owner Insight Partners is an investor in: The New Stack.
SHARE THIS STORY
RELATED STORIES
Here’s How to Tame Your API Sprawl — and Why You Should Building Access Permissions into Your API 5 Ways to Improve Your Web Application and API Security How to Overcome Challenges in an API-Centric Architecture The Flywheel Effect of Kubernetes APIs
THE NEW STACK UPDATE A newsletter digest of the week’s most important stories & analyses.
The New stack does not sell your information or share it with unaffiliated third parties. By continuing, you agree to our Terms of Use and Privacy Policy.