Jonas Emilsson discusses the impact of Atea's delivery of IT infrastructure solutions services for its main customer base in Europe and the Baltics.
Jun 29th, 2020 3:00pm by Alex Williams and B. Cameron Gain 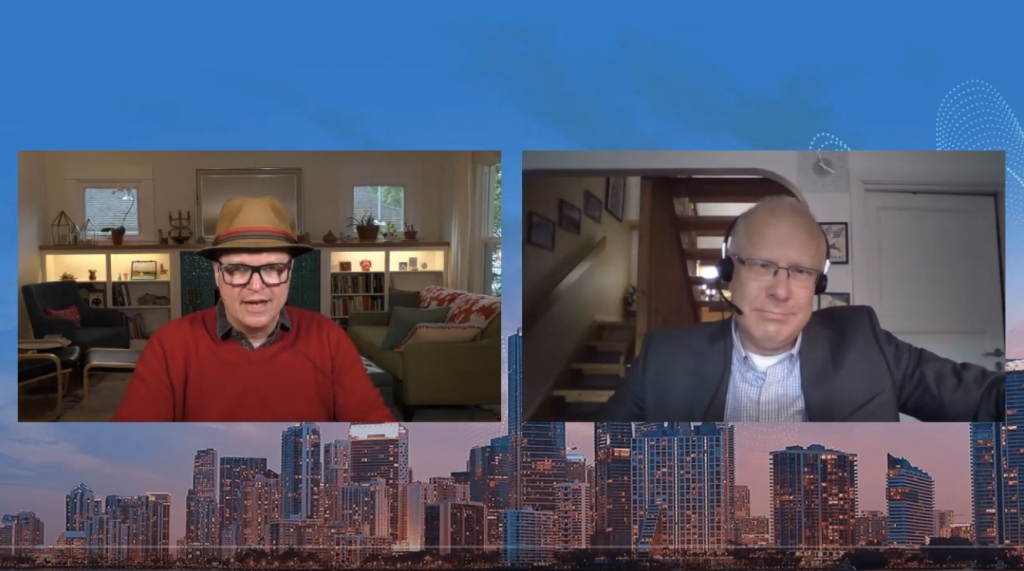 Enterprises worldwide are often revamping their IT organizations amid the great shift to cloud native infrastructures and the ongoing effects of the coronavirus pandemic. In this, The New Stack Makers podcast, Jonas Emilsson, concept manager for hybrid platforms for IT services provider Atea, discusses the impact on his firm’s delivery of IT infrastructure solutions services for its main customer base in Europe and the Baltics.

One macro trend Emilsson has observed is how the role of the developer has changed from the influence of software-defined data centers and Kubernetes. “We’ve seen a greater change in the market in terms of how customers and users, in general, are using the technologies,” Emilsson said. “A lot of it lies within the software-defined data center, of course. We thus do a lot of business with self-service portals and automation.”

Software, obviously, remains at the core of enterprises’ IT organizations’ digital journeys. “It’s not like a digital on-off scenario where you suddenly shift to software,” Emilsson said. “It’s more of a complimentary thing, where software is complementing the software in a good way and the actual end-user experiences and focus in a greater way than before.”

IT departments have also seen sweeping changes in their culture in Sweden, which also reflects a common trend worldwide. “IT departments traditionally were used to just handing out IT systems or applications to users in a way that was pretty much declared and stated by them. But now, development, container-based technology and rapid deployment all come into play,” Emilsson said. “The development side gets a bigger say in what’s happening and in what pace that is actually occurring. So, we’re seeing a great demand from the IT department to be able to support agile-based technology to be able to change and shift and produce faster than ever before.”

In Scandinavia, there has also been a surge in demand for IT infrastructure to support remote workers in the age of the coronavirus pandemic. This trend has been “a big thing: anything from virtual desktops to remote infrastructure to whatever you can do to support your delivery of IT systems on a remote basis,” Emilsson said.

Self-service portals, supported by automation technology, have played a role in creating the necessary IT infrastructure to accommodate remote workers. The use of VMware and Dell tools, for example, has provided the underlying capabilities to meet these needs,  Emilsson said. “Digitizing the service catalog or the delivery of software for the IT department has really come into play,” said Emilsson. “And we’re seeing a lot of demand for that, which hasn’t been there before. So, presumably, that’s related to the COVID-19 virus and the way that people are [working] now within their homes rather than at the workplace.”

Additionally, Dell has played a role in support of Atea’s infrastructure operations, while platforms such as VMware’s Tanzu have served to underpin its and its customers’ shift to Kubernetes. VMware Cloud Foundation also served as a “real stepping stone for us because that meant we could leverage the Dell technology based on VxRail, for example.”

“All of that technology bundled together with a certified and supported hardware stack can really make for a great offer. And I think a lot of the customers that we serve are… sort of leaning towards a support contract that’s going to be able to support them through the lifecycle of the product,” Emilsson said. “And when that can be combined with the software delivery, which is also supported. That’s a really great advantage for us and the customer, of course.”

Eventually, with VMware vSphere, the infrastructure “becomes a sort of a data center in the box concept, which has been really popular with the customers here in Scandinavia,” said Emilsson.