What TypeScript Brings to Node.js

TypeScript and Node.js are two tools every developer uses. Discover the differences and similarities between the two and when to use them.
Dec 26th, 2022 3:00am by Paul Ferrill 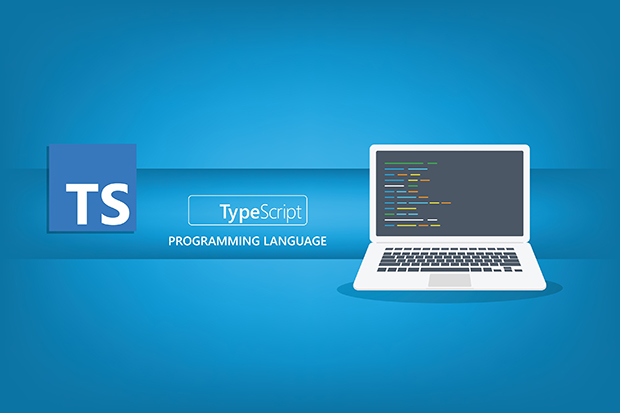 StackOverflow.com ranks computer languages based on the number of questions asked each month. While the Python language has held a substantial lead for some time, JavaScript has also maintained a solid second place. This could represent both developer interest and, at some level, familiarity with the nuances of the different languages. Seasoned developers don’t rely on StackOverflow.com to get their job done as much as newbies, but it still comes in handy for quick help.

History of Node.js and TypeScript

Examining the heritage of Node.js and TypeScript requires a bit of a history lesson. Both tools trace their language syntax to Java which James Gosling developed at Sun Microsystems in the mid-1990s. The designers of the Java language envisioned a language that would enable the concept of Write Once Run Anywhere (WORA). This would require a runtime system adapted for each operating system to allow syntax compatibility across various platforms.

The original idea of WORA lives on in the modern Web browser. All popular Web browsers in use today support running JavaScript or TypeScript in the browser. A superset of the JavaScript language, TypeScript employs static type checking to allow consistent use of variables and reduce a potential source of programming errors.

TypeScript brings the concept of static typing to the JavaScript language. Other popular languages incorporating static typing include C, Java, and Rust. Static typing requires variables to have their type consistent after declaration or first usage. The opposite would be a dynamically typed language like Python, which allows variables to change type on the fly. Maintaining type consistency can be verified with a tool like Flow to look for problematic code.

Using TypeScript with Node.js makes it possible to combine the two tools for building server-side applications. The Node.js platform fully supports TypeScript as an option when building your application. For example, the popular JavaScript framework Angular can be used for creating single-page web applications and is written entirely in TypeScript.

Node.js brings so much more to the table than just runtime. The standard installation of Node.js includes the Node Package Manager (NPM) for handling library or module dependencies. It also makes it possible to run code on the server and in the browser. The Node.js ecosystem resembles what you find in the Python community regarding freely available libraries and packages to address a wide range of programming tasks.

When you look at how the two tools are used to develop applications, you begin to get a feel for how each fits in the big scheme of things. Node.js has seen significant adoption in the small application space to include things like IoT and tiny devices like Raspberry Pi. TypeScript shines when used for browser-based and user-interface applications.

The acronym NPM represents both a tool and a company. NPM Incorporated was founded in 2014 and acquired by GitHub in 2020. NPM, the device, represents one of the most used pieces of the Node.js package. If you’re looking for some code to perform a specific task, you should start with the NPM website. Type in your requested function in the search bar, and you’ll be presented with several options.

To test this site, we searched for JSON and found 41,920 packages. Results are ranked by popularity, quality, maintenance, or how recently/frequently the package receives updates. Using one of these packages in your project requires a few simple command line instructions.

Deploying applications will vary depending on the target environment. Deploying a Node.js application intended to run locally typically requires you to install the Node.js runtime and supporting tools. Installers for Linux, macOS, and Windows can be downloaded from the main Node.js website. Once the installation program has been completed, you will have access to several Node.js command line tools to build and run your code.

Docker images represent another option available from the Node.js download site. This opens a wide range of possibilities for running your code locally using Docker or a cloud-services provider such as AWS from Amazon or Azure from Microsoft. It’s reasonable to develop an application using TypeScript and Node.js and run it locally or in the cloud.

Microsoft created TypeScript to add static typing to the base JavaScript language. Microsoft also has a vested stake in the Node.js world with its acquisition of GitHub, resulting in NPM. Depending on the application you are attempting to build, you could use a combination of both TypeScript and Node.js.

The benefits of using TypeScript for developing enterprise-ready applications far outweigh any potential issues you might encounter.

Looking to hire a Node.js developer? Our friends over at Toptal have some great resources you can check out.

SHARE THIS STORY
RELATED STORIES
Gorilla Toolkit Open Source Project Becomes Abandonware ScyllaDB's Take on WebAssembly for User-Defined Functions How We Managed to Test the ‘Untestable’ 2023 Web Tech Check-in: React Performance, PWAs, iOS Browsers Redis Looks Beyond Cache Toward Everything Data
TNS owner Insight Partners is an investor in: Docker.
SHARE THIS STORY
RELATED STORIES
What It's Like to Run a Mastodon Server in the Musk Twitter Era Improve the Quality of Your APIs with Spectral Linting Build Your Own Decentralized Twitter, Part 3: Hello Mastodon ScyllaDB's Take on WebAssembly for User-Defined Functions Wellspring of Creativity: Why Public Domain Matters
THE NEW STACK UPDATE A newsletter digest of the week’s most important stories & analyses.
The New stack does not sell your information or share it with unaffiliated third parties. By continuing, you agree to our Terms of Use and Privacy Policy.