What’s Platform Engineering? And How Does It Support DevOps? 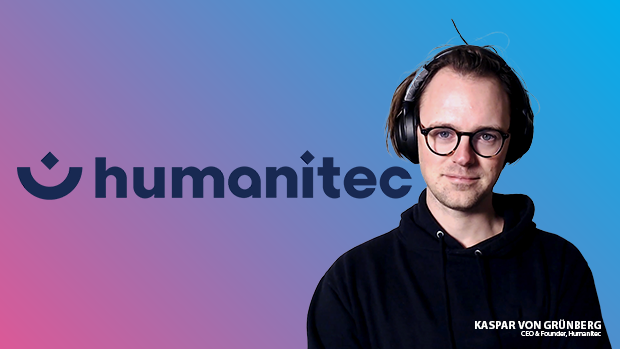 Platform engineering “is the art of designing and binding all of the different tech and tools that you have inside of an organization into a golden path that enables self-service for developers and reduces cognitive load,” said Kaspar Von Grünberg, founder and CEO of Humanitec, in this episode of The New Stack Makers podcast.

This structure is important for individual contributors, Grünberg said, as well as backend engineers: “if you look at the operation teams, it reduces their burden to do repetitive things. And so platform engineers build and design internal developer platforms, and help and serve users. “

What’s Platform Engineering? And How Does It Support DevOps?

This conversation, hosted by Heather Joslyn, TNS features editor, dove into platform engineering: what it is, how it works, the problems it is intended to solve, and how to get started in building a platform engineering operation in your organization. It also debunks some key fallacies around the concept.

This episode was sponsored by Humanitec.

The Limits of ‘You Build It, You Run It’

The notion of “you build it, you run it” — first coined by Werner Vogels, chief technology officer of Amazon, in a 2006 interview — established that developers should “own” their applications throughout their entire lifecycle. But, Grünberg said, that may not be realistic in an age of rapidly proliferating microservices and multiple, distributed deployment environments.

“The scale that we’re operating today is just totally different,” he said. “The applications are much more complex.” End-to-end ownership, he added, is “a noble dream, but unfair towards the individual contributor. We’re asking developers to do so much at once. And then we’re always complaining that the output isn’t there or not delivering fast enough. But we’re not making it easy for them to deliver.”

Creating a “golden path” — though the creation by platform teams of internal developer platforms (IDPs) — can not only free developers from the unnecessary cognitive load, Grünberg said, but also help make their code more secure and standardized.

For Ops engineers, he said, the adoption of platform engineering can also help free them from doing the same tasks over and over.

“If you want to know whether it’s a good idea to look at platform engineering, I recommend go to your service desk and look at the tickets that you’re receiving,” Grünberg said. “And if you have things like, ‘Hey, can you debug that deployment?’ and ‘Can you spin up in a moment all these repetitive requests?’ that’s probably a good time to take a step back and ask yourself, ‘Should the operations people actually spend time doing these manual things?’”

The Biggest Fallacies about Platform Engineering

For organizations that are interested in adopting platform engineering, the Humanitec CEO attacked some of the biggest misconceptions about the practice. Chief among them: failing to treat their platform as a product, in the same way a company would begin creating any product, by starting with research into customer needs.

“If you think about how we would develop a software feature, we wouldn’t be sitting in a room and taking some assumptions and then building something,” he said. “We would go out to the user, and then actually interview them and say, ‘Hey, what’s your problem? What’s the most pressing problem?’”

Other fallacies embraced by platform engineering newbies, he said, are “visualization” — the belief that all devs need is another snazzy new dashboard or portal to look at — and believing the platform team has to go all-in right from the start, scaling up a big effort immediately. Such an effort, he said is “doomed to fail.”

Instead, Grünberg said, “I’m always advocating for starting really small, come up with what’s the most lowest common tech denominator. Is that containerization with EKS? Perfect, then focus on that.”

And don’t forget to give special attention to those early adopters, so they can become evangelists for the product. “make them fans, prioritize the right way, and then show that to other teams as a, ‘Hey, you want to join in? OK, what’s the next cool thing we could build?’”

Check out the entire episode for much more detail about platform engineering and how to get started with it.