Feature flags can give more control over an application. Explore LaunchDarkly's new data about how they're being used in this episode of The New Stack Makers podcast.
Nov 30th, 2022 11:14am by Heather Joslyn 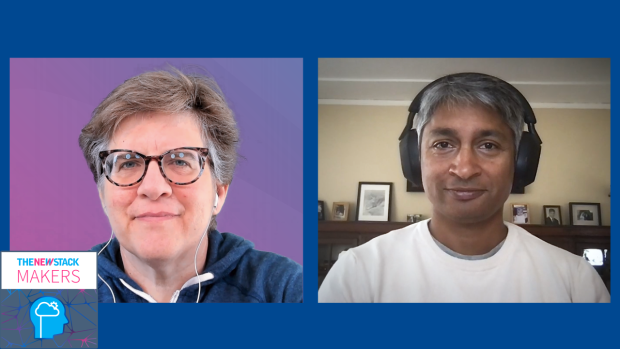 Feature management isn’t a new idea but lately it’s a trend that’s picked up speed. Analysts like Forrester and Gartner have cited adoption of the practice as being, respectively, “hot” and “the dominant approach to experimentation in software engineering.”

A study released in November found that 60% of 1,000 software and IT professionals surveyed started using feature flags only in the past year, according to the report sponsored by LaunchDarkly, the feature management platform.

Feature flags, which give organizations the ability to turn features on and off without having to redeploy an entire app, are at the heart of feature management. Feature flags allow organizations to test new features and control things like access to premium versions of a customer-facing service.

An overall feature management practice that includes feature flags allows organizations “to release progressively any new feature to any segment of users, any environment, any cohort of customers in a controlled manner that really reduces the risk of each release,” said Ravi Tharisayi, senior director of product marketing at LaunchDarkly, in this episode of The New Stack Makers podcast.

Tharisayi talked to The New Stack’s features editor, Heather Joslyn, about the future of feature management on the eve of the company’s latest Trajectory user conference. This episode of Makers was sponsored by LaunchDarkly.

The participants in the new survey, conducted by Wakefield Research, worked at companies of at least 200 employees and nearly all that use feature flags — 98%— said they believe they save their organizations money and demonstrate a return on investment.

Furthermore, 70% said their company views feature management as either a mission-critical or a high-priority investment.

Fielding the annual survey, Tharisayi said, has offered a window into how organizations are using feature flags. Fifty-five percent of customers in the 2022 survey said they use feature flags as long-term operational controls — for API rate limiting, for instance, to prioritize certain API calls in high-traffic situations.

The second most common use, the survey found — cited by 47% of users — was for entitlements, “managing access to different types of plans, premium plans versus other plans, for example,” Tharisayi said.

“This is really a powerful capability because of this ability to allow product managers or other personas to manage who has access to certain features to certain plans, without having to have developers be involved,” he said. “Previously, that required a lot of developer involvement.”

LaunchDarkly, Tharisayi said, has been investing in and improving its platform’s experimentation and measurement capabilities: “At the core of that is this notion that experimentation can be a lot more successful when it’s tightly integrated to the developer workflow.”

As an example, he pointed to CCP Games, makers of the gaming platform EVE Online, which serves millions of players.

“They were recently thinking through how to evolve their recommendation engine, because they wanted this engine to recommend actions for their gamers that will hopefully increase their ultimate North Star metric,” its tracking of how much time gamers spend with their games.

By using LaunchDarkly’s platform, CCP was able to run A/B tests and increase gamers’ session lengths and engagement. “So that’s the kind of capability that we think is going to be an increasing priority,” Tharisayi said.

As feature management matures and standardizes, he said, he pointed to the adoption of DevOps as a model and cautionary tale.

”When it comes to cultural shifts, like DevOps or feature management that require teams to work in a different way, oftentimes there can be early success with a small team,” Tharisayi said. “But then there can be some cultural and process barriers as you’re trying to standardize to the team level and multiteam level, before figuring out the kinks in deploying it at an organizationwide level.”

He added, “That’s one of the trends that we observed a little bit in this survey, is that there are some cultural elements to getting success at scale, with something like feature management and the opportunity as an industry to support organizations as they’re making that quest to standardize a practice like this, like any other cultural practice.”

Check out the full episode for more on the survey and on what’s next for feature management.