AE Currie is a London-based author who is also a veteran of several tech startups, as well as an activist for ethical and environmental issues within the sector  — currently she is the chief strategist at Container Solutions. She sets "Utopia Five," her debut novel, in a decimated world that could exist a mere logical step or two forward from where we are now, both ecologically and technologically speaking.
Jun 14th, 2019 6:00am by Michelle Gienow 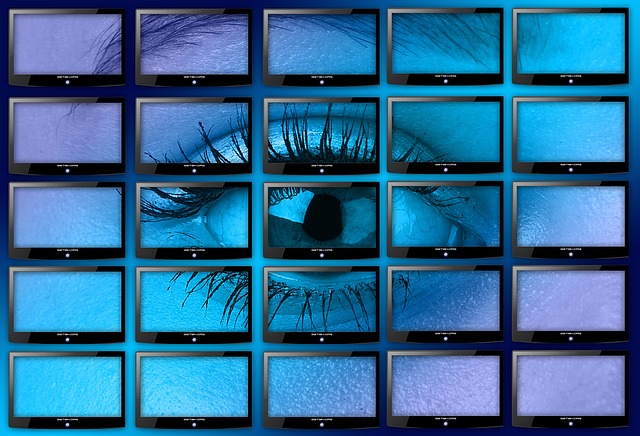 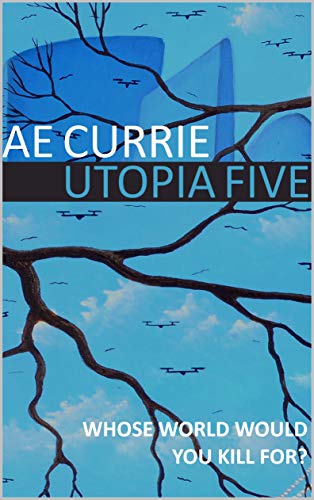 Dystopian fiction is far from, well, novel these days. It’s a rare writer, though, who can craft a world that is utterly skewed by technology, yet plausible — even instantly recognizable.

AE Currie is a London-based author who is also a veteran of several tech startups, as well as an activist for ethical and environmental issues within the sector — most recently as chief strategist at Container Solutions. She sets “Utopia Five,” her debut novel, in a decimated world that could exist a mere logical step or two forward from where we are now, both ecologically and technologically speaking. As a result, the tale rings frighteningly true, in a visceral hairs-on-the-back-of-your-neck-standing-up way.

“Utopia Five” opens with the words, “My name is Lee and I was born on the 8th January 2025 — the day the Panopticon was turned on.”

Thus we meet our protagonist, Lee Sands, and learn of the fateful event known as Transparency Day. The idea was to license every drone, camera and recording device used in public anywhere across Britain and make all data publicly available — the Panopticon.

The theory was, anyone would be able to see or hear anything. There could be no more secrets and we’d have to judge or accept people as they were, provided they obeyed the law.

Other nations quickly followed suit and a global network formed (though a few, like North Korea, remained dark). The problem, of course, was how to usefully access the sheer volume of raw data. Who had time to watch all those live feeds? An obscure programmer named Kirby Cross solved the problem with a bot that could crawl the streams and return an answer to any query a user posed. Cross’s company, Omniscience Industries, became the de-facto interface to a pervasive global observation network, not to mention the wealthiest corporation in the world. Cross’s chatbot went live in 2030 and was called Deus — just a slight bit of foreshadowing there. After all, what could go wrong with an all-seeing, all-hearing global AI?

That would be the obvious way to go with such a setup. Currie’s tale, however, takes a very different path. A few years later, in 2036, climate change finally cashes the overdraft check humanity has been writing against the Earth for decades. During The Hot Summer much of the planet either burns or floods, and billions die. The survivors turn to Deus to figure out how to respond to and manage the devastation, and then afterward how to begin restoring both civilization and the environment.

All this forms the book’s intricate background setting. The story itself is an engaging ride for the reader: the protagonist, Lee Sands, barely escapes being blown up in his own home/laboratory. As he dusts himself off and enjoys a restorative cup of tea — we are, after all, in Britain — his full body haptic suit informs him that he no longer has access to Control, the network he and his brother Nemo built to run the universe established by Nautilus, their wildly successful VR game development company.

It’s now the year 2053, and Lee needs to find out who is trying to kill him, why he has been cut off from his own network — and why Nemo has suddenly, utterly disappeared from the Panopticon’s gaze. All these issues are tied up with the beta version of Nemo’s latest video game, “Utopia Five” — officially accessible only to Lee — which he must play through to find clues for unraveling this set of mysteries.

Currie has fun unspooling the twists of this futuristic version of Finding Nemo, but the true genius of “Utopia Five” lies in the small details of the world where the story takes place. In her version of the near future, basic human needs — food and housing — are supplied by WorldGov, the global governing body chaired by a suspiciously long-lived Bill Gates. (The author revels in building in such small entertaining details, which add to the fun of the story and counter the rather dire circumstances the world finds itself in a mere 3.5 decades hence). Society itself has been permanently transformed, as shown when Lee encounters a group of “line walkers” — itinerant workers who travel the electric grid by horse-drawn wagon, doing preventative maintenance to stave off any more country-destroying wildfires.

The Panopticon had destroyed and created many occupations in the past 28 years…Ray informed me that in the 2020s he had been “in crime.” I wasn’t sure if he was a policeman or criminal, and it seemed rude to ask. Whatever the starting point, the results were the same. My present problems aside, the police force now were mostly social workers. The vast majority of 999 calls these days involved lost login credentials. Crime was hardly worth the effort when all the victim or investigator usually had to do was ask Deus who did it.

“Utopia Five” goes much deeper than the usual science fiction adventure tale. Currie explores themes of free will and the steady, largely unexamined terraforming of modern life by rapidly evolving tech. Not to mention the very applicable topics of the type of society that emerges when we voluntarily give up privacy for safety and transparency, and what very likely will happen if we don’t start seriously addressing climate change. Interestingly, she remains even-handed on one important aspect: whether this version of the future is a dystopia or a utopia.

After all, somebody has to think about this stuff. The devil is in the details, and Anne Currie has all kinds of devilish fun creating the intricately, distressingly, convincingly detailed world that is “Utopia Five.”

Utopia Five is available on Amazon in both digital and print versions. It is a standalone story but also the first in Currie’s newly launched Panopticon series. The follow up second novel, Conundra, will publish later in 2019.

Disclosure: The author of this post has worked at Container Solutions.

SHARE THIS STORY
RELATED STORIES
Why Your Code Sucks: Common Excuses for Bad Programming Java's James Gosling on Fame, Freedom, Failure Modes and Fun How to Get Started Filling 3.4 Million Cybersecurity Jobs Snack Stack: Turning Winter Comfort Food up to 11 2023 Will Be the Year FinOps Shifts Left Toward Engineering
SHARE THIS STORY
RELATED STORIES
Why 'Explainable AI' Can Benefit Business How We Manage Incident Response at Honeycomb A Brief DevOps History: The Road to CI/CD The Power and Ethical Dilemma of AI Image Generation Models How to Get Started Filling 3.4 Million Cybersecurity Jobs
THE NEW STACK UPDATE A newsletter digest of the week’s most important stories & analyses.
The New stack does not sell your information or share it with unaffiliated third parties. By continuing, you agree to our Terms of Use and Privacy Policy.