Although Heroku will be eliminating its free tier of services, there are several alternatives that developers can turn to.
Aug 30th, 2022 8:34am by Darryl K. Taft 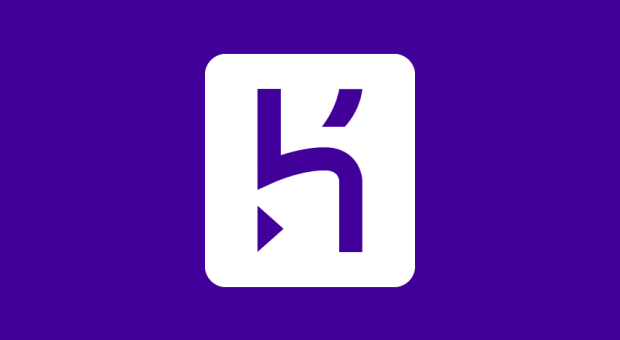 The news that Heroku was eliminating its free tier of offerings sent a ripple of concern through the developer community.

Last week, Salesforce Heroku announced that it will cease to support the free tier for Heroku Dynos, Postgres and Data for Redis. The company also laid out its product roadmap plans, which some skeptics viewed as lackluster and a sign that Salesforce is sunsetting Heroku.

Well, while this came as bad news for many, perhaps the good thing is that there are alternatives out there.

As Danny Thompson, a software engineer at FrontDoor, tweeted: “Heroku is ending their free tier and some folks are freaking out. It is ok!

Here are six places you can host your website for free!

That followed another tweet in which Thompson called the Heroku move “mind blowing” and added, “I get why it is happening or at least what their reasoning is but definitely sad, to say the least.”

One reason for the change was to reduce fraud and abuse of the free tier, the company said.

“Our product, engineering, and security teams are spending an extraordinary amount of effort to manage fraud and abuse of the Heroku free product plans,” said Bob Wise, Heroku General Manager and Salesforce EVP, in a blog post. “In order to focus our resources on delivering mission-critical capabilities for customers, we will be phasing out our free plan for Heroku Dynos, free plan for Heroku Postgres, and free plan for Heroku Data for Redis, as well as deleting inactive accounts.”

Wise added that starting Oct. 26, 2022, Heroku will begin deleting inactive accounts and associated storage for accounts that have been inactive for over a year. And starting Nov. 28, 2022, the company will stop offering free product plans and plan to start shutting down free dynos and data services.

The immediate impact for free-tier users — who make up a significant portion of the 13-million account base — is that they will need to pay for a basic subscription within two months. Moreover, there are millions of applications and websites that are operating on the free tier today that may cease to exist.

“This is a sad day. Pricing changes are always hard and having been through some of the earlier pricing changes at Heroku you can’t make everyone happy,” wrote Craig Kerstiens, a member of the product team at Crunchy Data, in a Hacker News forum. “But so many developers deployed their first app on Heroku and was a staple for so many boot camps. Without it, I’m confident we’d have less developers in the world.”

Software vendors have to trade a fine balance between free tiers and their commercial offerings. Free offerings are critical to allowing education and evaluation of software platforms. But this comes at a cost for the vendor — both for people and technical resource costs, said Holger Mueller, an analyst at Constellation Research.

“The Salesforce excuse about the abuse of its free tier is looking like a weak excuse — as free is always enticing and open for abuse,” Mueller told The New Stack. “Salesforce could have tightened its motoring and auditing. Instead, it opted at eliminating the free tier of Heroku, now we will see how ‘sticky’ these workloads are. Will enterprises pay more for their Heroku workloads, or will they look at migrating these off Heroku?”

Meanwhile, Render is another company that has been touted as a modern replacement for Heroku. Render Founder and CEO Anurag Goel met with The New Stack for a Q&A on the matter. Goel’s responses follow.

Why would they do this?

The short answer is that Salesforce doesn’t care about growing Heroku anymore. Having a free tier is all about increasing the top of the funnel, and it counts as a marketing expense. If Salesforce still cared about growing Heroku’s customer base, they would’ve kept the free tier. The lackluster ‘public roadmap’ is further evidence of this; there are very few new features on it, and most of them have to do with fixing security issues.

For Salesforce, this is a step towards sunsetting Heroku’s public cloud entirely. Heroku itself is no longer a separate business unit under Salesforce; the GM who posted the announcement on their blog is also the GM for Hyperforce, which is all about Salesforce on your own hardware/cloud account. Salesforce benefits from this move because it’s one step towards getting completely rid of a product that has no strategic value to them.

PaaS providers like Render benefit because it drives more people to try them out and help them improve and scale their products. Heroku has been the default platform to start a new software project. That will stop being the case going forward.

As more PaaS providers fill the vacuum created by Heroku’s decline, developers and businesses will benefit from having more choice and competition.

Educators, students, OSS projects, and hobbyists all lose out because they will be forced to migrate their currently free apps to other platforms. However, hundreds of thousands of websites will simply go offline because migrating or upgrading them won’t be possible for their maintainers who may have moved on to other projects. This is a big loss for the web.

NOTE: In his post, Salesforce Heroku’s Wise said the company would maintain some sort of Students and Nonprofits program. “We appreciate Heroku’s legacy as a learning platform,” Wise wrote. “Many students have their first experience with deploying an application into the wild on Heroku. Salesforce is committed to providing students with the resources and experiences they need to realize their potential. We will be announcing more on our student program at Dreamforce. For our nonprofit community, we are working closely with our nonprofit team, too.”

Constellation Research’s Mueller applauded that. “Good to hear of the Salesforce plans to offer a free student tier, as education remains a critical function of free tier offerings,” he said.

What competition is out there that can swoop in?

Render is the closest alternative for the vast majority of Heroku users and has a migrator and several migration guides for people looking to move. We’ve seen tremendous growth in revenue and signups since Heroku’s April security incident, and Thursday broke all records. Even former Heroku employees recommend Render these days.

Other companies like Digital Ocean and JAMstack providers like Vercel will likely also see an influx of users because of their own free tiers.

Does Heroku have any lock-in issues that make it hard to move to other platforms?

Data is the biggest lock-in in the cloud. Heroku will also sunset free PostgreSQL and Redis services, so a lot of users will be forced to run a risky, time-intensive migration process to move their data to other platforms if they’d rather not upgrade.

What’s your take on this from a competitive perspective?

We’ve suspected all along that Heroku’s days are numbered. Even outside of the stagnant product, Salesforce’s response to the April 2022 security incident, their refusal to fix even the most basic bugs, and recent platform uptime issues have all reinforced our belief, and this incident is certainly another nail in the coffin.

Do you really think they’re sunsetting the whole thing?

Not the whole thing, but certainly the public cloud side of it. Salesforce has long been pushing people to move to their Private Spaces offering which starts at thousands of dollars every month and runs on Salesforce hardware. There is no incentive for Salesforce to be a public cloud provider; their goal with Heroku has always been to make it easier for Salesforce customers to run custom code. I suspect Heroku will eventually morph into just that — a platform to run Salesforce apps, versus general-purpose cloud workloads.

Darryl K. Taft covers DevOps, software development tools and developer-related issues from his office in the Baltimore area. He has more than 25 years of experience in the business and is always looking for the next scoop. He has worked...
Read more from Darryl K. Taft
SHARE THIS STORY
RELATED STORIES
What TNS Readers Want in 2023: More DevOps, API Coverage Entrepreneurship for Engineers: Building for Customers’ Love 5 Best Practices for DevSecOps Teams to Ensure Compliance Kinsing Malware Targets Kubernetes The Top 4 Threats to Securing Your Cloud Infrastructure
TNS owner Insight Partners is an investor in: The New Stack.
SHARE THIS STORY
RELATED STORIES
Agent-Based vs. Agentless Security: Which Approach Is Better? 4 Cloud Security Considerations for Financial Services Firms How Capital One Performs Chaos Engineering in Production Entrepreneurship for Engineers: Building for Customers’ Love MicroK8s and Portainer Is The Easiest Way to Deploy an Application on Kubernetes
THE NEW STACK UPDATE A newsletter digest of the week’s most important stories & analyses.
The New stack does not sell your information or share it with unaffiliated third parties. By continuing, you agree to our Terms of Use and Privacy Policy.