Who Are the Docker Developers? 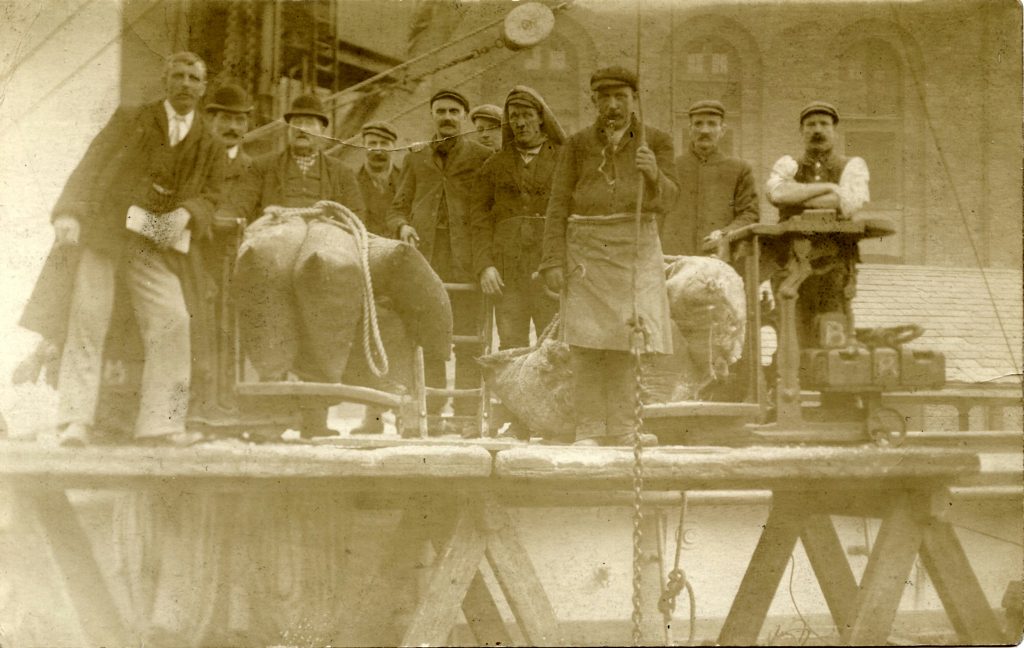 We analyzed the Docker repository and asked two questions:

We answered the first question in a prior post. This post tries to answer the second question.

To do this, we pulled the Docker repository from GitHub, and looked for contributors to the Docker project. As we stated in the other post, being a contributor makes you special in the Docker community:

Contributing code into a project as popular as Docker takes deep technical knowledge, but also requires persistence and adherence to process… There are many barriers to getting a code contribution into a project like Docker; the people who have managed to make a contribution are a rare breed.

After we gathered a list of contributors, we wanted to know what organizations they belonged to, and whether there were organizations more active than others. A few stood out: Docker (nee DotCloud) was the most active (big surprise!), with 16 people active using their GitHub accounts to participate in the Docker repository. There were two companies which stood out above the others: Project Atomic, Red Hat’s project to “deploy and manage Docker containers,” had five contributors, and Google, which also had five people (from two different groups on GitHub, the “google” organization and the “GoogleCloudPlatform”). Both companies were heavily involved in DockerCon recently.

Other notable organizations making contributions were GitHub (3), FedoraCloud (3). There were some international appearances that seemed surprising: AlphaGov, a branch of the UK government with three contributors, and Tsuru, “an extensible and open source Platform as a Service software” offered from Globo.com, the largest broadcaster in Brazil (the equivalent to the New York Times).

Foswiki is active on the Docker issue list. Google again ranks highly, but no where near as high as Project Atomic: RedHat is allocating some serious time from their developer ranks to understand and shape Docker. Sensu, an open source monitoring framework from Heavy Water Ops in Portland, OR is clearly banking on Docker for their infrastructure. 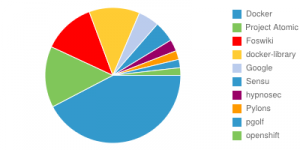 Again there were some interesting international teams thinking about Docker: LiberTIC  (doing interesting civic data research) and Makina Corpus from France, and The Royal Belgian Institute of Natural Sciences. These groups made lots of comments on the Docker issues lists.

My favorites were the hypnosec guys: two high schoolers from Australia. Clearly talented developers though they probably cannot drink yet in Australia (maybe there is a correlation with productivity there) it was fun see the principles of open source taking hold in brilliant young minds.

There is one obvious organization nowhere to be found: Amazon. Amazon maintains a presence and organization on GitHub, but developers within the Amazon organization are not contributing to Docker (at least publicly) using GitHub.