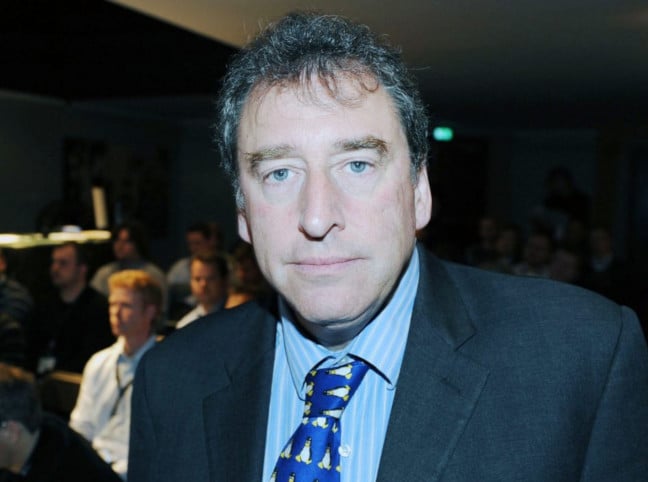 In 1998, software engineer Bruce Perens co-founded the Open Source Initiative — a global non-profit championing Open Source ideal — along with fellow advocate Eric S. Raymond. And for the past two decades, OSI has acted as an influential steward of the Open Source definition.

As 2020 started though, Perens very publicly left the group, complaining on its mailing list that its review of a new license for cryptography keys meant the group was “rather enthusiastically headed toward accepting a license that isn’t freedom-respecting.”

Perens also used that occasion to promote an alternative system called “coherent open source.” “Let’s scrap the Tower of Babel of 100+ Open Source licenses,” Perens had argued earlier in a mailing list post in September. Coherent Open Source would ask developers to limit themselves to just three licenses — the Affero GPL 3, LGPL3, or Apache 2 — all of which are compatible with each other, flexible, and approved and recognized as freedom-respecting licenses by both the Open Source Initiative and the Free Software Foundation.

So as a recognized pioneer of the Open Source movement, 62-year-old Bruce Perens is still thinking about ways to protect the freedoms of software users. “Most people who develop open source don’t have access to lawyers” Perens told the Register last month. “One of the goals for open source was you could use it without having to hire a lawyer. You could put [open source software] on your computer and run it and if you don’t redistribute or modify it, you don’t really have to read the license.”

We’ve asked him to share some context about the current state of software licenses — including his own experiences defending himself against a lawsuit over comments he’d made about one company’s use of the GPL — and to discuss his related interests in the world today.

I read your blog post about the “invasion of the ethical licenses,” and wondered if that was in the back of your mind when you called for simplifying the number of licenses being used today. Could you share your thoughts on the state of “ethical licenses” today — and your hopes and predictions for where they’ll end up?

I don’t think they’re going anywhere. Of course, I support a lot of the things they stand for: vaccination (the Vaccine License), fixing climate change (the Climate license), taking care of disadvantaged people (the Hippocratic License). But those things belong in laws, and in the broader political discussion, not in Open Source licenses.

Open Source has worked because it shared with everyone equally. The freedom to use, redistribute, and modify is freedom for everyone, not just for people you like. The problem with the “ethical” licenses is that they aren’t the last. Before long we could see pro-life and pro-choice licenses, licenses exclusively for Jesus believers and licenses for Satanists, you name it. Imagine a company that actually accepted such licenses: they’d have to keep a summary of the combined effects of all of them and apply that to every customer they took on, every new job. The reality is that no company will take on these licenses, and since they are unlikely to be legally enforceable they are really just a symbolic move that divides people.

What’s your current position now towards the Open Source Initiative?

I wish the folks at OSI well, but the organization has problems. Rather than operate an approval mill for progressively less freedom-respecting licenses, I would like to see OSI take a firm stance on issues more important to the community, like software patent reform. And the unfortunate reality is that OSI has not been able to do this in 22 years of its existence. Open Source isn’t the little underdog any longer, and it’s becoming more likely that we will see significant patent action against Open Source projects — like the one that’s attacked the GNOME project currently. That was a “non-practicing-entity” or “troll”, a company that only prosecutes patents and doesn’t make any products. But we aren’t protected from companies that make products, and would just like to get rid of an Open Source competitor.

I should stress that the Open Invention Network (OIN) is not going to protect us from this. It only covers the patents of a group of Linux-involved companies, and I feel that the real purpose of OIN has always been to keep the Open Source community from mounting any viable patent reform effort. Just look at the members and how much they make from software patents.

What’s the reaction you’ve gotten for your Coherent Open Source idea? Is there a strategy in place for moving the idea forward?

So far the response has been favorable. But there will be a delay before I go forward with this.

As you know, Open Source has no retirement fund, and this causes complications for people who dedicate a lot of their lives to charity, as I have. And I’m 62. So, right now I have stepped back from Open Source obligations to make sure that my wife and I have a comfortable retirement. So I am involved in venture capital, writing the first check to new Open Source companies. You can read about OSS.Capital, and I am working on a business incubator called “Incubator.Fund.” I legally can’t offer this to anyone but an SEC “accredited investor,” and complying with SEC rules curtails free speech in ways I’m uncomfortable with, so, unfortunately, I can’t say much more about it.

In January your name turned up on a case in a U.S. Appeals Court. Are you able to talk about the current status of Open Source Security Inc. / Bradley Spengler v. Bruce Perens ?

I can say this. Open Source Security and its CEO Bradley Spengler sued me for $3 million dollars for this blog post, which expresses my opinion that an agreement they enforce on their customers violates the GPL. California, where I live, has an anti-SLAPP statute to discourage strategic lawsuits against public participation. Open Source Security and Mr. Spengler are based in Pennsylvania. So, the suit being inter-jurisdictional, went to Federal court. The federal court interprets California law, but with Federal evidentiary procedures.

Defending me has been very expensive, but fortunately, I have had the help of O’Melveny and Associates and the Electronic Frontier Foundation. O’Melveny obtained this $300,000 bond from Open Source Security to pay for my defense when we won in the lower court. If we win the appeal, this will go to O’Melveny, but EFF can claim expenses for their work in the higher court as well.

So can you tell us about your experience in court?

O’Melveny has been great, and an associate who did a lot of my work there, Cara Gagliano, was mainly interested in doing social justice work and the case helped her get the attention of EFF. She was hired there, and continues to work on the case.

I also had the help of Heather Meeker, the well known Open Source authority and senior partner at O’Melveny, who I have worked with closely for more than a decade, and Melody Drummond-Hansen, another senior partner who has experience in defamation, and Open Source. They have been terrific, you really can’t find better.

When you’re not fighting for freedom-respecting licenses, I know that you’re also a ham radio enthusiast — and that you also founded the Open Research Institute (ORI) in 2018 to “facilitate worldwide collaboration in the development of technology that would otherwise be restricted under national laws.” Can you give us an update on what the ORI has been up to lately?

Here is a proposal for an Open Source and Open Hardware orbital satellite network by the Open Research Institute, which would be a global system usable for disaster communications, and by hams during non-disaster times so that they have the equipment and are ready when something bad happens. 68 pages!