Why CI/CD Continues to Evolve

CircleCI's CTO Rob Zuber discusses the evolution of CI/CD from the perspective of the company's experience for over a decade.
Dec 14th, 2021 1:11pm by B. Cameron Gain 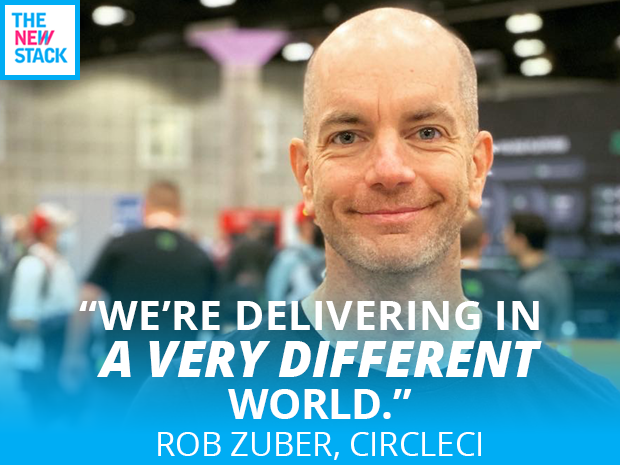 Continuous integration and delivery (CI/CD) has seen some radical changes during the past few years, especially for continuous delivery. While not so long ago, application development and delivery were exclusively for monolithic stacks, delivering software for microservices and container environments is a very different animal.

In this The New Stack Maker podcast recorded at KubeCon+CloudNativeCon in October, guest Rob Zuber, chief technology officer, CircleCI, discussed the evolution of CI/CD from the perspective of CircleCI’s experience for over a decade.

Why CI/CD Continues to Evolve

CI/CD is “becoming fairly mainstream — people recognize that this is how we deliver software or how we aspire to deliver software. But the context into which we’re deploying our software has been changing significantly over the 10-year lifespan of CircleCI,” Zuber said. “When we started the company, everyone was building [monoliths] basically and now everyone is talking about microservices and containers and orchestration. We’re delivering in a very different world.”

Adapting to this new context has been an ongoing process for CircleCI ’s evolution as a software provider. “Making sure that we’re building the product that supports people as the way they build changes is really important and one of the things that we’re seeing develop as a trend is the complexity of production is increasing. We’re doing things to make the individual complexity for a developer smaller — like you can work on an individual service, but the overall system is getting harder to predict because you can change your service while I’m trying to change my service, and we don’t necessarily know about those two changes happening simultaneously, which is good, because it gives us the freedom to move quickly,” Zuber said.

“But then we need to be able to understand that those things could impact each other and so some of the issues that we’re seeing people run into are not occurring until all their software is in production. So, we extend how we help customers understand that their code is good all the way out into production and give them tools to manage the release process as they put capabilities in front of customers.”

DevOps teams’ needs and wants for CI/CD should continue to evolve and change — and it will be up to CircleCI and other CI/CD providers to adapt.

“Will people build new tools in a different context in terms of how we deliver? Our goal is not to be rigid about a particular approach, but rather to understand what it is the customer is trying to do, which is to get value to their customers — that’s what they care about,” Zuber said. “And so we are focused on spending our time figuring out how to help them do that effectively, as the environment around them is changing.”

BC Gain’s obsession with computers began when he hacked a Space Invaders console to play all day for 25 cents at the local video arcade in the early 1980s. He then started writing code for very elementary games on the...
Read more from B. Cameron Gain
SHARE THIS STORY
RELATED STORIES
The Missing Part of GitHub Actions Workflows: Monitoring What Good Security Looks Like in a Cloudy World How Canva Uses Data to Prioritize QA Testing 6 Pull Request Tricks You Should Adopt Now: DoorDash Does the GitOps Emperor Have No Clothes?
SHARE THIS STORY
RELATED STORIES
Does the GitOps Emperor Have No Clothes? How to Find and Solve Engineering Bottlenecks The Future Stack of Code Review Record, Connect and Search DevOps Changes with Kosli Unleashing Git for the Game Development Industry
THE NEW STACK UPDATE A newsletter digest of the week’s most important stories & analyses.
The New stack does not sell your information or share it with unaffiliated third parties. By continuing, you agree to our Terms of Use and Privacy Policy.