The value in Cloud IDEs will shift to the compute and infrastructure layers, says Codeanywhere co-founder, making them more like a PaaS.
Sep 26th, 2022 6:53am by Richard MacManus 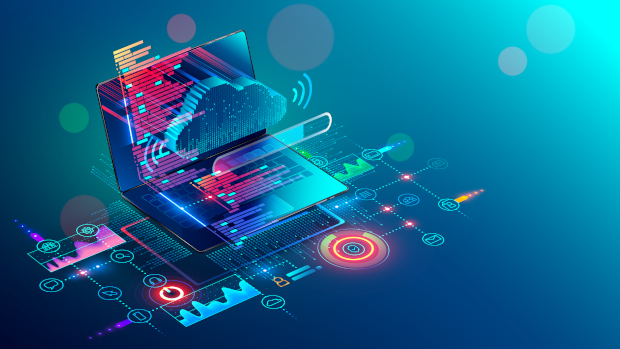 The Shift Conference was started in 2012 by Ivan Burazin and acquired in January 2021 by Croatian API company Infobip. Burazin is now Chief Developer Experience Officer at Infobip. He’s also the co-founder and former CEO of one of the leading cloud IDE products, Codeanywhere. I sat down with Burazin at the conference to discuss its backstory, along with the latest trends in cloud development.

Codeanywhere was originally released in 2009 as PHPanywhere, a web-based FTP client and text editor for PHP. This was around the time that Google Docs came out of beta, so Burazin and his co-founder Vedran Jukic thought it was a great time to create a web-based code editor.

“We thought everything was going to go all SaaS in the cloud,” said Burazin. “Yeah, it did — except for coding.” 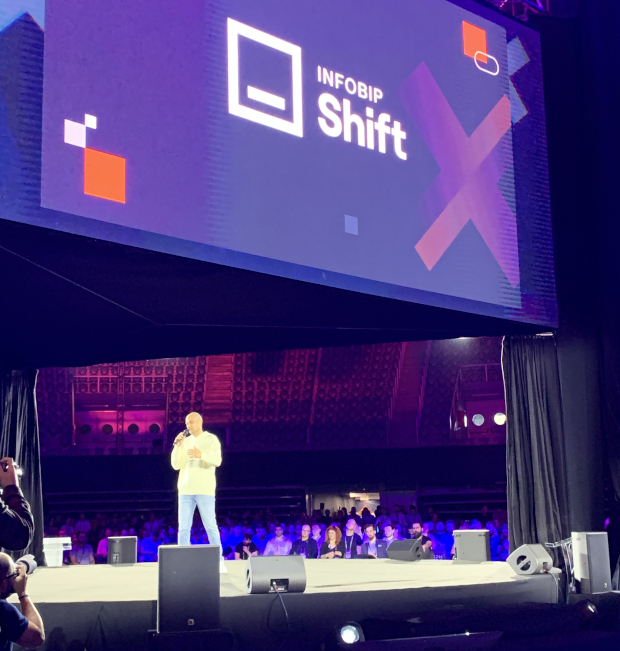 Cloud IDEs are a trending product category now, but in the early 2010s, it was not something many developers were interested in. Nevertheless, PHPanywhere expanded to other programming languages and was eventually renamed Codeanywhere. The Croatian founders pitched it at various conferences in the US. They didn’t win any prizes, but the experience inspired Burazin to start his own tech conference, which he named Shift. Several years after that, he decided to pivot it into a developer conference as a way to help promote Codeanywhere. To his surprise, it was the conference that grew fast and not Codeanywhere.

“The last couple of years, we sort of tabled it,” he said about Codeanywhere. “It’s been self-sustainable, but not a hot startup growing 100% year-over-year. But it is basically a small business.”

Earlier this month Figma, a popular browser-based design tool, sold to Adobe for about $20B. Even Photoshop — perhaps the ultimate desktop software app, due to its complexity — now has a browser version. Does this mean everything involved in building applications is moving to the web?

Well, the jury is still out with online coding. I asked Burazin how Cloud IDEs fit into the webification of app development.

“I think that the Cloud IDE itself has become commoditized,” he said. “Everyone’s going to have one — even the one that Codeanywhere uses is an open source variation.”

“The Cloud IDE itself has become commoditized. Everyone’s going to have one.”

Where the value in Cloud IDEs will shift to, says Burazin, is in the compute or infrastructure layer. He noted that Heroku started out as a Cloud IDE, but then found its true value in supplying a compute layer via containers. Heroku is now a so-called “platform-as-a-service” (PaaS) and Burazin thinks a similar transformation will be required by Cloud IDE companies. This is already happening with Codeanywhere, he said, since the next version of its product (soon to be released) will offer what he termed “remote developer environments as a service.”

Codeanywhere developer Toma Puljak previewed the new version of Codeanywhere in July, at the WeAreDeveloper Conference in Berlin. He showcased “how to set up an environment that once configured can be instantly reproduced by anyone on any machine.” In an accompanying blog post, he explained that this method uses containers and Infrastructure-as-Code techniques to manage deployment, security, and so on.

“The true beauty of this next step of evolution,” said Puljak in July, “is never install anything locally again.”

In a nutshell, modern Cloud IDEs are no longer simply online code editors, but services that offer infrastructure too — what Burazin called “instant developer environments.” He namechecked GitHub’s new Cloud IDE product, Codespaces, which features “standardized dev environments” and speedy setup processes, in addition to embedding Microsoft’s Visual Studio in the browser (GitHub is owned by Microsoft). This is what smaller players like Codeanywhere need to compete with now.

Another big trend currently with developers is the emergence of AI-assisted coding. The most prominent example of this is GitHub Copilot, a powerful but controversial tool that auto-completes code for developers. I asked Burazin whether there is a danger that developers will become too reliant on AI tools.

“Everyone that I’ve heard has used it [AI] actively is, like, they love it. So I’m guessing that people will use it — there’s no reason why you wouldn’t make your life easier. But ultimately, it might make you obsolete at some point.”

He added that it might be a generation or more before careers are put at risk by AI. But for now, AI-assisted coding is a feature that developers are adopting.

AI-assisted coding isn’t a feature of Codeanywhere, although it’s worth noting that GitHub Copilot is not browser-based. Copilot is only currently available as an extension to several desktop apps (including Visual Studio).

Why Use a Cloud IDE

In a separate presentation at Infobip Shift, Shawn Wang noted that some large companies — he mentioned GitHub, Etsy and Shopify — are already using Cloud IDEs and/or Remote Development Environments for all or most of their development. (side note: I interviewed Wang about his presentation, which will be published soon as a separate article.) So I asked Burazin what are the main reasons a startup, or even a large non-tech company, would use such a service.

The speed in which developers can do things is the number one reason, he said.

“I mean, when someone makes a commit, the service instantly creates a pre-build of the developer environments — so the next time you check out that code, you literally get the new development environment spun up in five seconds. So that saves a lot of time, for sure.”

He added that startups can save a lot of money, because they don’t have to pay for extra computer resources.

In conclusion, the cloud IDE product category is clearly going through a transformation at present — driven in part by innovation by the larger players, such as GitHub. But Codeanywhere has been around for well over a decade now, and it seems to be evolving with the times by moving to more of a PaaS approach.

Richard MacManus is a Senior Editor at The New Stack and writes about web and application development trends. Previously he founded ReadWriteWeb in 2003 and built it into one of the world’s most influential technology news sites. From the early...
Read more from Richard MacManus
SHARE THIS STORY
RELATED STORIES
Microsoft Aims to Bring DevOps Discipline to Web3 How Instagram Prepared for High Definition Video Developers Get a Quick-Start to Coding with Replit IDE How to Build Your Own Decentralized Twitter Survey Finds Majority of Jamstack Community Testing Edge
SHARE THIS STORY
RELATED STORIES
Augmented Reality Is the New Frontier — Time to Get Serious about Standards Cloud Lessons to Help Developers Improve ESG Impact How Instagram Prepared for High Definition Video Survey Finds Majority of Jamstack Community Testing Edge Software Developer Tool for Quantum Computers Launching Soon
THE NEW STACK UPDATE A newsletter digest of the week’s most important stories & analyses.
The New stack does not sell your information or share it with unaffiliated third parties. By continuing, you agree to our Terms of Use and Privacy Policy.