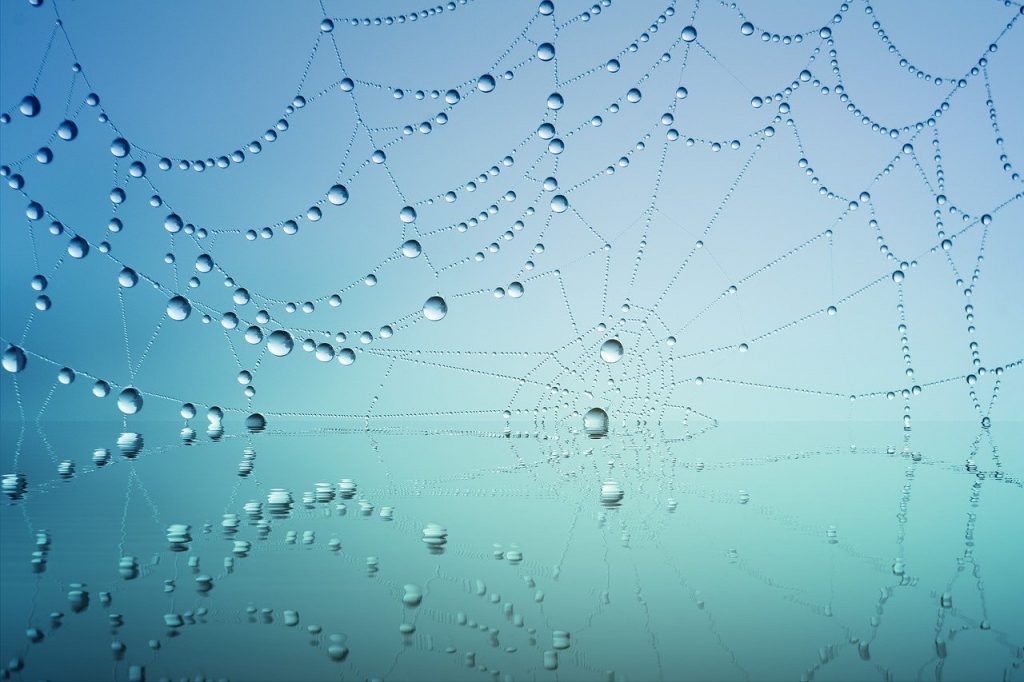 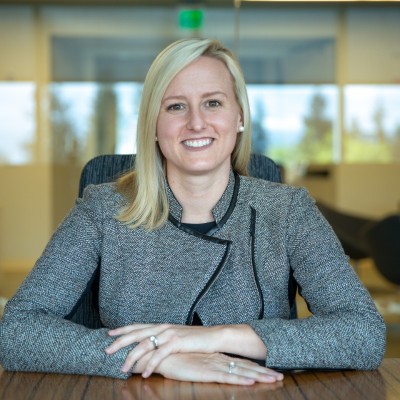 Denise Gosnell
Denise is Chief Data Officer of DataStax. Dr. Gosnell joined DataStax in 2017 to create and lead the Global Graph Practice, a team that builds some of the largest distributed graph applications in the world. She co-wrote the O'Reilly Media book, The Practitioners Guide to Graph Data.

The market for graph databases is expected to nearly triple by 2024, and for good reason: graph technology enables organizations to build applications that meet ever more demanding user expectations. So, what exactly are users demanding that graph solves? Users are demanding personalized context.

Although graph data is becoming more and more integral to the success of the data-driven enterprise, the technology is still in a relatively nascent stage for enterprises. We are, however, seeing graph technology pick up a lot of traction. We’re also seeing some common data models emerge for transactional graph databases.

In this article I’ll explain why developers are increasingly using graph technology, what those common data models are, and what the future holds for the graph industry.

What Do Users Expect from Modern Applications?

The answer to this question is simple: personalized experiences.

The initial R&D efforts involved running algorithms across global structures of graph data. If you’re like me or most of the people I know, you interact with graph algorithms every day. Here are three examples of those engagements.

You’re on the internet, so you’ve used Google to find information before (maybe even to arrive at this article!). What you might not have known is that the ranked results of a Google search are ordered by PageRank, a popular graph algorithm for determining the relevance of content according to how many other pages link to it.

You can think about it as like a popularity contest of who-knows-who. But in the graph world, it’s what’s-linked-to-what.

The ‘People You May Know’ Section of LinkedIn

This is the professional social network giant’s version of Six Degrees of Kevin Bacon (also known as Bacon’s Law), which hypothesizes that everyone on planet Earth can be linked to the Footloose star by six acquaintances or fewer.

Instead of tracking folks who starred in movies together, the algorithm puts the who-worked-with-who game at the forefront of your search results.

If you’ve wasted countless hours or even countless days binge-watching content on Netflix — or even just watching little snippets that showcase what’s available on Netflix — you’re not alone.

This is the same kind of example:

Keep in mind, though, that all three of these massive algorithms are pre-compute results of graph algorithms. The focus, here, is on pre-compute. There’s absolutely no way that when you click search on Google, LinkedIn or Netflix, that any graph algorithm could crawl billions of links to determine the relevance of content at the exact moment you’re searching for it.

I mention that because the emergence of pre-computed graph algorithms into transactional databases is the first trend to notice around the graph industry.

The next step to making graph-structured data available in real-time in a cloud-based application is to understand how today’s leading companies are actually doing it.

Today’s most effective organizations know everything there is to know about their customers; including where they live, what their last purchase was, what their contact info is, the last store they visited, their preferred payment method, which devices they use, and more. 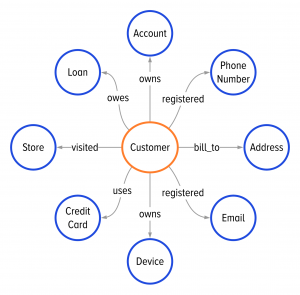 Altogether, this information pools together to create a Customer 360 application, which gives enterprises a bird’s-eye view of everything that pertains to a particular customer.

As a result, organizations are able to deliver consistent experiences across platforms and channels, meeting consumer expectations and driving more sales.

Which employees report to which directors? Which department or cost center does Employee A belong to?

For example, an early adopter of graph technology was able to simplify 150 lines of a query on top of HBase into 20 lines of Gremlin. Since people like working with simpler codebases, it’s likely that more and more organizations will follow their lead.

Graph technology can help you figure out how two people know each other, how many connections (if any) are between two people, how many airports are reachable within two flights from a specific airport, and things like that.

In the age of blockchain — and Bitcoin in particular — pathfinding will become more and more important, if for no other reason than it helps users know whether they can trust a particular unknown user on a network.

Last but not least, we come to the recommendations use case; which is the way companies like Netflix and Amazon use graph technology to suggest to users what they might want to do next.

In 2006, Netflix launched a 1 million dollar machine learning contest. Participants were encouraged to try to create an algorithm that could beat Netflix’s own content rating prediction process.

Ultimately, the contest taught us that graph thinking was more effective than traditional matrix-based algorithms for this kind of use case. If you like a certain number of movies, another group of people also likes those movies, and you look at the other movies that group of people likes, and voila, there’s a list of movies you might like too.

As you can see, graph technology already plays a pivotal role in our lives. As more and more organizations look to become cloud native and transform into data-driven enterprises, it’s almost a given that we’ll see even more powerful use cases arise in the coming years that will help them answer increasingly important questions.

I don’t know about you, but I’m excited to see what comes next.

If you’ve liked what you’ve read so far and want to learn more, consider checking out The Practitioner’s Guide to Graph Data: Applying Graph Thinking and Graph Technology to Solve Complex Problems, a book I co-wrote with Matthias Broecheler.