Why Jump from the Safety of a Big Tech Job into Risky Web3?

A long-time Amazon engineering leader made the jump to Web3 at the end of 2020, and tells us why others should consider taking that risk too.
Sep 29th, 2022 6:00am by Jake Ludington 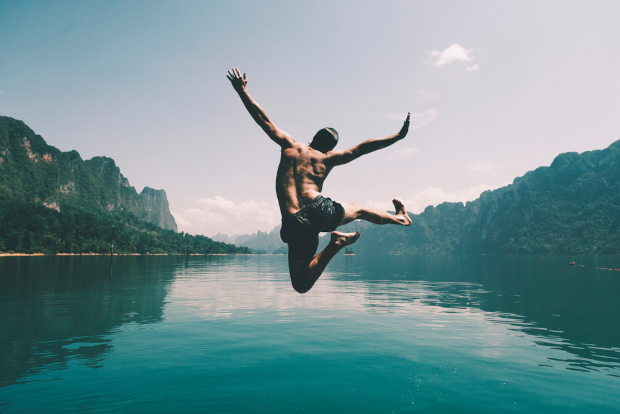 The Web3 economy has been sending signals that leaving Web 2.0 jobs might be risky since sometime in May 2022. This uncertainty draws comparisons to the Dot Com crash of 2001. While there were certainly losers during that time period, the aftermath saw many of the tools we use on a daily basis now grow rapidly — like Google and Amazon. Another commonality between that early period of Web 1.0 and Web3 is the siren song drawing people from their “safe” jobs inside large companies, like IBM and Microsoft at the time, to pursue something completely different. Web3 currently lures people from the perceived safety of Microsoft, Google, Facebook, and Amazon. Meta, Facebook’s parent company, and Alphabet, Google’s parent, are both signaling impending layoffs, which makes a career in Web 2.0 less certain.

I recently caught up with Dev Varadhan, who left his role as Vice President of Delivery Experience at Amazon at the end of 2020 to join crypto company Ripple as an SVP of Engineering. I wanted to find out why someone who spent the majority of the last 20 years at Amazon opted to make the leap to Web3.

Ripple was born out of a belief that there was a better approach to cryptocurrency than the Bitcoin approach to mining. It ultimately evolved into Ripple the company, building technology solutions on the XRP Ledger, which is a layer one blockchain with all the core functionality of alternatives like Ethereum, Solana and Bitcoin. One of the core components of Ripple’s business is eliminating all the intermediaries in the payment process. While I’m always extremely skeptical of the finance side of blockchain technologies, I can see the benefit of removing many of the fee-generating layers of the current payment infrastructure that are required for building payment solutions today.

Why Leave the Safety of Big Tech?

In an interview with The New Stack, Varadhan explained how, in his view, “Web3 is different from previous generational shifts.”

“At its core, it’s about giving back power to the users,” he said about the Web3 trend. “You can break away from the world where having a social media account means having your personal data sold to advertisers, or worse. When built correctly, we can have the benefits of the internet, without handing the majority of the power to a few powerful companies. Most of the progress in Web3 has been around that restructure of control.”

That utopian shift from users being the product to users regaining control is something that I hear repeated in many of the conversations I have around Web3. Admittedly, it resonates with me too. I like the idea of being in control of how much of my data gets shared and who it gets shared with.

Varadhan sees more similarities than differences in looking at Web3 compared to the Dot Com period. “Crypto is one of the most exciting industries to be in right now,” he said. “It’s not just me, there are many people leaving the big tech giants and traditional finance to enter the space. Imagine joining Google or Amazon back in the nineties and having the opportunity to shape the internet into what it is today. That’s how I think about the crypto space today.”

That similarity extends to the opportunities available in Web3. “What motivated me to stay at Amazon for almost 15 years is that when technology is built and scaled correctly, it can have a very profound impact on people’s lives,” Varadhan said. “I’ve seen it first-hand, where it really makes a difference on a day-to-day basis. That’s how we think about it within Ripple, where the kinds of problems we solve on behalf of our customers have the same opportunity, both for engineers and all Ripplers combined, where the problems are very longitudinal and we believe when built and scaled well will have a very profound impact on the world.”

Where Is Web3 Falling Short?

I see a great deal of opportunity for Web3 to make some positive changes to the way the web works. If developers are incentivized to build applications that take advantage of some of the benefits of zero knowledge, like the ones illustrated in my article about the Aleo blockchain, the notion of users controlling their data starts to get real traction. However, we’re not there yet.

“If you look at where Web 2.0 is in the current mature state, the focus is around performance, features, and scalability,” said Varadhan. “From a Web3 improvement perspective, scale, speed, performance and convenience all require inventions we haven’t seen yet. Many Web3 applications are slower than Web 2.0 counterparts.”

Thinking about a Switch to Web3

There’s a certain safety in sticking with what you know. But there are also risks that go along with playing it safe. Each of the big tech companies has adopted its own vocabulary to describe their desire for employees to be open to change. One example is Microsoft’s growth mindset, highlighted in the culture section of their career page. Failure to have a “growth mindset” can be a career limiting move, at least if you want a job at Microsoft.

I asked Varadhan if he looks for specific skills when hiring software engineers into Web3 roles. “We look for adaptability, curiosity, and willingness to learn,” he replied, “which are all more important than pre-existing blockchain knowledge. Being technically fearless is very important, especially when you are solving problems to deliver solutions at a global scale — you invariably need to make some fundamental breakthroughs.”

He went on to break this down to four key aspects:

He said, “I think of these as muscle groups rather than skill sets, in the sense that you’re never done. There’s no fixed state. You have to keep building.” That sounds pretty similar to what Microsoft calls a growth mindset.

Any Differences in Leading a Web3 Engineering Team?

I asked Varadhan about the differences between leading an engineering team at a company like Amazon vs. leading a team building for Web3. I anticipated a different answer than the one he gave me, which might be because the majority of the developers I’ve talked to are on teams that are very geographically distributed. He said, “I don’t think there are lots of differences. It comes back to those same things I mentioned around having a customer focus and being able to look at your own solutions through the divine discontent type of lens. You need to be critical and honest about what’s flawed, while continuing to invent.”

This perspective sounds like it could be carrying Amazon culture into the Web3 space, with a nod to Jeff Bezos’ 2017 letter to Amazon shareholders, where he wrote, “One thing I love about customers is that they are divinely discontent. Their expectations are never static – they go up.”

While Amazon is far from perfect, its focus on meeting rising customer expectations is a model that could benefit Web3 more broadly. The current state of user experience, starting with trying to use a cryptocurrency wallet for the first time, is one that comes up lacking. In that light, it may take more people like Dev Varadhan choosing to focus on Web3 to achieve the web’s next evolution.

SHARE THIS STORY
RELATED STORIES
How and Why to Respond to Incidents the Right Way What Is a Sociotechnical Knowledge Map and Why You Should Care Devs and Ops: Can This Marriage Be Saved? WebTV in 2022? Vintage Tech Enthusiast Shows How on YouTube AWS Brings AI/ML Training to Community, Historically Black Colleges
TNS owner Insight Partners is an investor in: The New Stack.
SHARE THIS STORY
RELATED STORIES
Kathleen Booth, Creator of the First Assembly Language Tackling 3 Misconceptions to Mitigate Employee Burnout New Book Identifies 26 Lines of Code that Changed the World The Graph of Life in a Post-Relational World Case Study: How Dell Technologies Is Building a DevRel Team
THE NEW STACK UPDATE A newsletter digest of the week’s most important stories & analyses.
The New stack does not sell your information or share it with unaffiliated third parties. By continuing, you agree to our Terms of Use and Privacy Policy.