Why Microservices Require a Storage Rethink 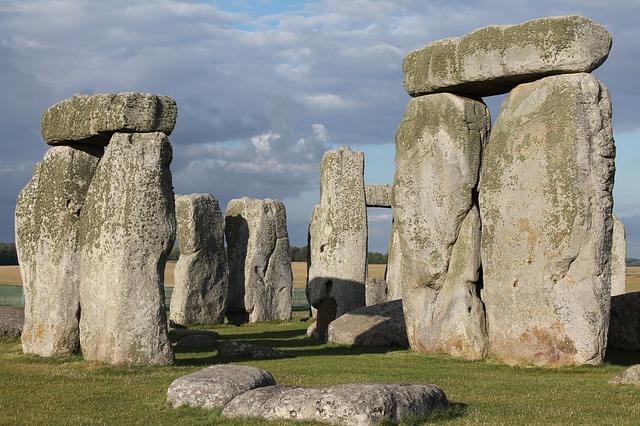 Developers are increasingly looking at how to migrate to a microservices platform at least in some way — and for good reason, given the well-documented jumps in scalability, application performance and other advantages on offer.

And yet — microservices, in many ways, represent a radically different computing environment compared to monolithic deployments.  And since the computing structure of microservices represents something fundamentally different, many organizations are faced with trying and testing new and different approaches for data storage compared to monolithic alternatives.

“Microservices and containers were seen as stateless entities — until they were not. They quickly became, like most data sources, needed data sources for analytics, AI, machine learning and data science,” Bill Peterson, vice president, industry solutions, for MapR, said. “As such, they needed to become stateful and they have needed to become part of the enterprise data ecosystem.”

Suddenly, data is generated from numerous and different microservices, as opposed to data generated from a single monolithic computing structure. In this way, storage and database access must take into account every microservice, which can often number in the hundreds or possibly thousands of individual threads.

Microservices and containers are oftentimes, yet incorrectly, used interchangeably. However, according to an EMA study, 63 percent of enterprises surveyed — but not all organizations by any means — run microservices on containers. Microservices can just as easily run on a virtual server as they do in a container, for example.

“Ultimately, microservices are just an ‘idea’ or a notion, whereas containers are a mechanism by which microservices are often — but not always — packaged and deployed. Containers have many benefits, especially when trying to ease off of a VM-centric infrastructure, but in the final analysis, they will become an often-invisible implementation detail,” Sigelman said. “Durable storage has been difficult for containers since by default their storage is ephemeral. When it comes to durable storage solutions, many of the challenges stem from the desire to manage the storage both at the container layer and the microservice or application layer — the projects and technologies that win will be the ones that hide the implementation at the container layer once and for all.”

Persistent storage benefits from microservices agility and power, but in many ways, data security risks are compounded compared to data monolithic applications create.

“From a security standpoint, microservices security, as well as microservices security in general, is a nightmare,” Gadi Naor,  co-founder and Chief Technology Officer of Alcide, said. “Because the amount of moving parts that you need to keep in control and define policies, amplifies and multiplies. This is why edge elements are especially relevant.”

Locking down the data stored from the multitudes of microservices threads requires a three-pronged approach. This includes securing the data threats and the data in runtime, Naor says.

“Securing the data threats involves the obvious first step of encrypting the data that is transferred to the storage environments, whether on the cloud or in a locally attached storage environment. The encryption covers unauthorized access to that,” Naor said. “However, malicious code embedded in any one of thousands of microservices data threads within the protected perimeter is enough to allow an attacker to access data in the runtime unencrypted. In this case, the microservice might load data to the storage environment that resides inside a container or storage service on the cloud, which can be used to access and exfiltrate the data within the otherwise-protected perimeter.”

In the case of a runtime microservices storage attack, a runtime defense that reinforced the network perimeter can prevent the exfiltration of data. “If something goes wrong, third-party tools exist that let you know that something is off, such as something trying to access data in an unintended way,” Naor said. “And historically, things do go wrong like this. We keep hearing about those kinds of breaches.”

“You need to make then an assumption that if something goes bad or something did go bad, what’s your game plan?” Naor said. “And that is where building the runtime defenses help you deal with kind of the transition of the data from the storage layer into the runtime for microservices storage.”

“DevOps can build more applications with all the data possible available to them. For example, as new microservices are deployed, data volumes can be created and retained, even when microservices are deleted,” MapR’s Peterson said. “Giving DevOps access to this data independent of where the microservices reside.”

Thanks to DevOps, microservices storage can thus live up to its potential. “DevOps can build more applications with all the data possible available to them,” Peterson said.

BC Gain’s obsession with computers began when he hacked a Space Invaders console to play all day for 25 cents at the local video arcade in the early 1980s. He then started writing code for very elementary games on the...
Read more from B. Cameron Gain
SHARE THIS STORY
RELATED STORIES
What Is a Microservice Catalog and Why Do You Need One? Java's History Could Point the Way for WebAssembly Monoliths to Microservices: 4 Modernization Best Practices Why Distributed Testing Is the Best Way to Test Microservices The Gateway API Is in the Firing Line of the Service Mesh Wars
TNS owner Insight Partners is an investor in: The New Stack.
SHARE THIS STORY
RELATED STORIES
Lessons from Deploying Microservices for a Large Retailer The Benefits of Using Microservices for Edge Devices James Webb Space Telescope and 344 Single Points of Failure StreamNative Integrates Kafka into Apache Pulsar-Based Cloud Vanguard’s Iterative Enterprise SRE Transformation
THE NEW STACK UPDATE A newsletter digest of the week’s most important stories & analyses.
The New stack does not sell your information or share it with unaffiliated third parties. By continuing, you agree to our Terms of Use and Privacy Policy.