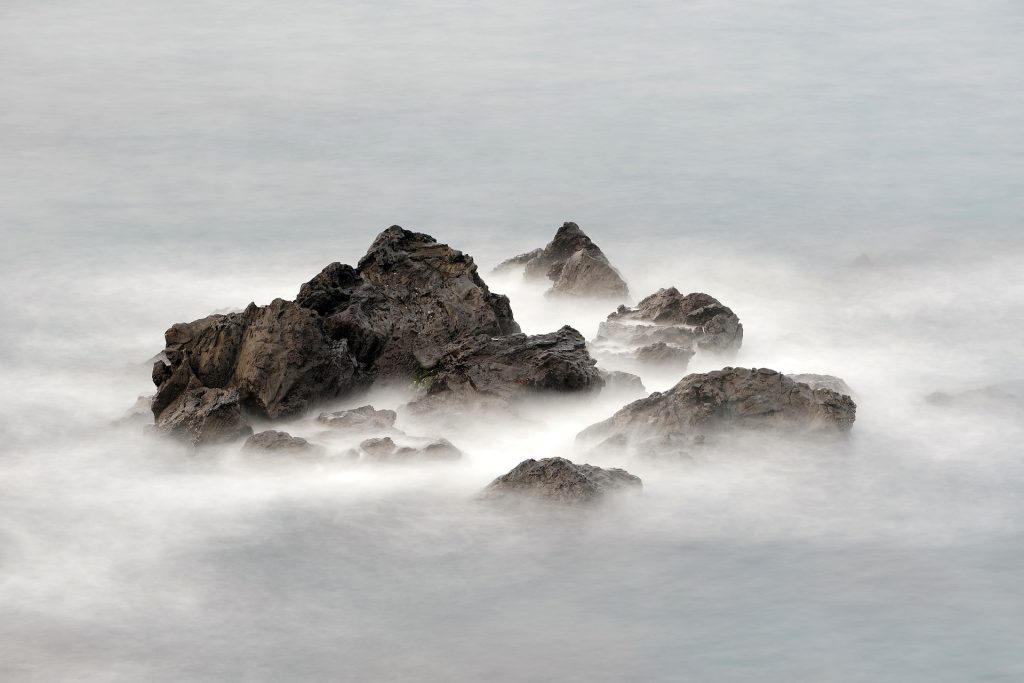 Jodee Varney
Jodee is a New Relic product manager based in Portland, OR, where she is committed to improving observability. She applies her spare energy to cycling, living smaller and nurturing her creative side.

Distributed tracing is an essential tool for developers working with highly distributed microservices applications, allowing them to track event interactions that traverse multiple microservices. But not all tracing tools have followed the same standards for passing contextual information, via HTTP headers, as traces move from service to service.

This lack of standardization has led to a jumble of mutually incompatible header formats — which can definitely be a problem when development teams within an organization pick their own tracing tools.

W3C Trace Context is a recommended standard that makes distributed tracing easier to implement, more reliable and ultimately more valuable for developers working with modern, highly distributed applications. The standard greatly simplifies use cases where developers instrument services using tools from different distributed tracing solutions. Now all tracers and agents that conform to the W3C Trace Context standard can participate in a trace. Trace data can be propagated from the root service all the way to the terminal service.

For nearly two years, New Relic has participated in the W3C Trace Context Working Group, helping to define the standard and shepherd it through the approval process. The W3C Trace Context specification has reached “recommendation” status, and now we’re excited to announce that we’ve launched support for the standard as it has reached full ratification.

To get started, just update your agents to the appropriate version. (We explain backward compatibility below.) We then describe in detail about “what” standard means for distributed tracing and observability on the New Relic platform.

The Trouble with Distributed Tracing Today

Every distributed tracing tool requires a way to “correlate” each step of a trace, in the correct order, along with other necessary information to identify and diagnose performance. This involves assigning a unique ID to each transaction, assigning a unique ID to each step in a trace, encoding this contextual information as a set of HTTP headers and passing (or propagating) the headers and encoded context from one service to the next as the trace makes its way through an application environment.

To learn more, review our introduction to distributed tracing and also learn how we’ve implemented our own tracing solution.

Previously, each distributed tracing tool employed custom headers and context formats; for example, Zipkin used the B3 format and at New Relic we developed our own proprietary format. This wasn’t a problem when trace context headers mostly traveled between services monitored by a single tracing tool or when headers rarely propagated beyond a single organization’s network and middleware infrastructure.

And like we said, it’s not uncommon for many development teams today to use their own tracing tools and find themselves left with mutually incompatible header formats. When a tracing tool receives trace context headers it doesn’t understand, it typically drops the headers and breaks the traces that relied upon them. Trace context headers are also more likely to traverse middleware boundaries including proxies, service meshes and messaging systems along the way. Some of these devices will pass along proprietary headers intact, but many others will drop them, once again resulting in broken traces.

W3C Trace Context enables cross-vendor interoperation of traces, one of the four essential telemetry types. This aligns with New Relic’s open instrumentation initiative and the release of our APIs, Telemetry SDKs and exporters to meet customer needs for interoperation between vendors and open source tools.

We opted for W3C Trace Context thanks to what we observed as its useful capabilities for ensuring that New Relic’s distributed tracing tool can traverse services instrumented with agents from other vendors without the risk of broken traces. It also helps New Relic’s tracing tool to reliably traverse third-party components, including proxies and API gateways.

At the same time, W3C Trace Context will confer the same advantages upon open source tracers, enabling our customers to incorporate tracing telemetry from any source and to implement traces across highly distributed application environments.

Our main goal was to support Trace Context so it could hopefully become a critical and very welcome technology for the future of observability.

If you need or want to use tools other than New Relic agents to instrument your services, but still want to capture those traces in New Relic, we expect most vendors and open source instrumentation tools will support W3C Trace Context. Many have already released compliant tracers, including OpenTelemetry, for standardizing instrumentation needed for observability across the industry.

The end result is more flexibility and fewer barriers to observability.

There are two scenarios for how W3C Trace Context works on the New Relic platform:

Let’s take a look at both.

Scenario 1: Where Some Trace Data Is Sent to New Relic

If all of your trace data is sent to New Relic, you’ll be able to observe a complete trace in the distributed tracing user interface (UI).  However, if some of the trace’s data is sent to another tracing service, or nowhere at all, you may need to dig around to find that data. With W3C Trace Context, however, you can use the trace ID to find other data associated with that trace.

An example of call flow where some services are not sending trace data to New Relic, but the trace is still propagated.

For example, in such a scenario as described above, you’ll likely have a trace with missing spans. The New Relic distributed tracing UI will show that the trace has a gap, but using the surrounding spans, you can still calculate the total time for the trace, or perform other troubleshooting.

Use the trace ID in the distributed tracing UI to find trace data for missing spans.

Scenario 2: Where All Trace Data Is Sent to New Relic

If you are using an open source tracer and want to send those traces to New Relic, we’ve created several exporters for popular open source monitoring tools, including OpenCensus and OpenTelemetry. We built the exporters using the Telemetry SDK, an open source set of API client libraries that send your trace data to the New Relic platform.

In this scenario, you could use an exporter for the OpenTelemetry agent that is collecting trace data for service 2 to send that data to New Relic, without interrupting your use of other exporters. 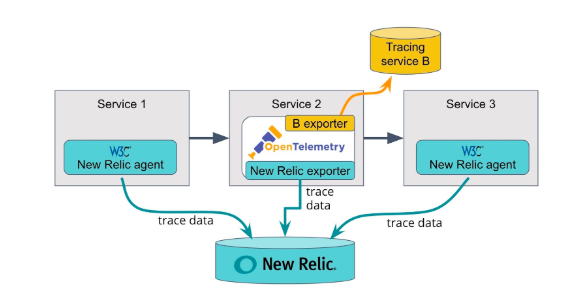 An example of a call flow where an exporter allows New Relic to have data for the complete trace.

How Does Backwards Compatibility Work?

For example, this trace includes an OpenTelemetry agent, a W3C-compliant agent and a non-compliant agent, yet the trace context can still be propagated:

And for details and limitations on backwards compatibility, see the New Relic distributed tracing documentation.

More Than Just Another Boring Protocol

We have been closely involved with our colleagues across the industry as part of the W3C Distributed Tracing Working Group to get this specification to this point of final ratification.

New Relic is committed to the W3C group and we’ll continue to provide composable instrumentation solutions that seamlessly work with open standards. We’ll also continue to add support for more distributed tracing use cases to help our users improve observability throughout their DevOps lifecycle. In the meantime, we’d love to hear from you and about how you’re leveraging W3C Trace Context and our open source exporters.  Drop us a line in our GitHub exporter spec repo.

Upgrade your agents and get started with the open New Relic One platform today.

Want to learn more about why you need an open, connected and programmable platform for observability? Check out our ebook, “The Age of Observability.”