Why Wearables Make Sense: People Just Want to Get High 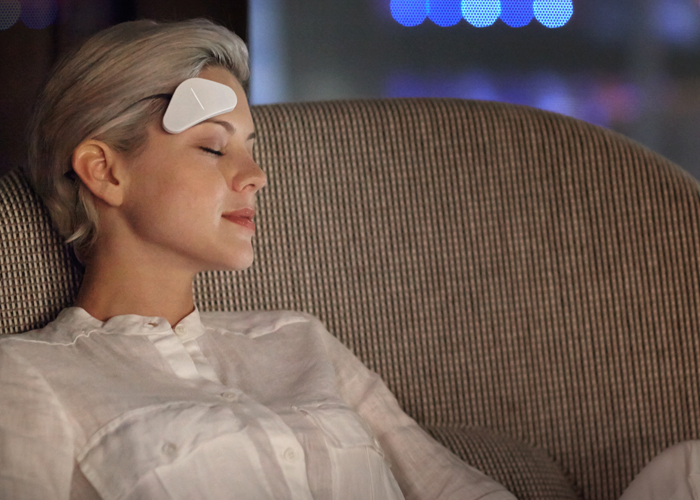 Humans have been drawn to things that alter their consciousness for millennia. Whether it’s through the ingestion of psychoactive plants, alcohol, pharmaceuticals, or even yogic breath practices, human brains are hardwired to seek stimuli that make them feel good. So perhaps it was only a matter of time that electronic “mood-altering wearables” like U.S.-based Thync, made their appearance.

Having secured $13 million in funding late last year and launched last month, Thync was created by a team with a background in bioengineering and neuroscience research. The curved device works by attaching to the forehead and other parts of the head, sending “low levels of pulsed electrical energy to signal-specific neural pathways.” Within fifteen minutes, these electrical impulses will generate either a feeling of relaxation or an alert, focused state of mind, and it’s all controlled by a Bluetooth-connected mobile app that allows users to control the intensity and duration of the neuro-signaling program. The company’s chief scientific officer, Jamie Tyler says:

Thync actually modulates your biology. We provide what we call neurosignaling waveforms, but it’s actually pulse electric energy, to certain neuropathways that will modulate your psychophysiological arousal.

Neurotechnologies like this have been developing quickly in the last several years, but the company says that its product is the first to actually tap into the tap the brain and modulate its activity.

Calling these mind-altering waves “vibes,” the inventors of Thync state that the “calm vibes” option will help users feel “physically relaxed, more centered, more aware of breathing and heart rate, detached from stressful thoughts, less likely to react emotionally,” and even “mild euphoria.” On the other end of the spectrum, the “energy vibe” program will get increase “mental alertness, focused bursts of physical energy, motivation” and/or a “warm feeling in the chest.” Testers have noted that the $299 device does generally work as advertised, with some variations — some didn’t feel a thing, others have felt a “tingling to a mild skin-crawling sensation,” while some have described a “Zen-like calm” descending upon them while using the gadget. Others, though have also reported feeling “confused.” 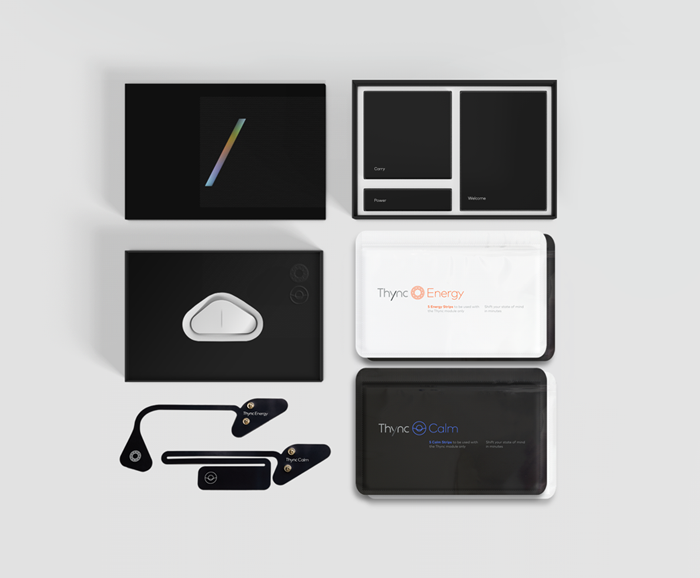 Could this be the next evolutionary step in humanity’s long history of consciousness modification? Some are already calling it a “digital drug” that would render the war on drugs moot, a legal way to get high without the adverse effects of addiction or the quiet challenges of meditation. Instead of joints or cocktails at a party, one would pass around the mood-altering wearables.

Some questions remain though: are there any security issues that might be associated with the device? The worst case one could imagine is a hacker gaining access and screwing around with your brain waves for kicks — and perhaps dystopian-minded critics might see “government mind-control” or “groupthync” written all over a device like this. In response, the company had this to say about the Thync’s security: “Our service-level and device-level security work together to protect Bluetooth devices form unauthorized data transmission. We also use a combination of technical and administrative security controls to maintain the security of your data in our app, including next-level encryption.”

The fact is that Thync is currently being marketed as a lifestyle consumer product, rather than a medical one, so it isn’t actually overseen by the FDA, which might prompt a bit of extra caution from would-be adopters. But the company has already tested it on over 4,000 volunteers so far, with no apparent side effects, meaning that it may very well become the new Bluetooth-enabled opiate for the masses. More over at Thync.