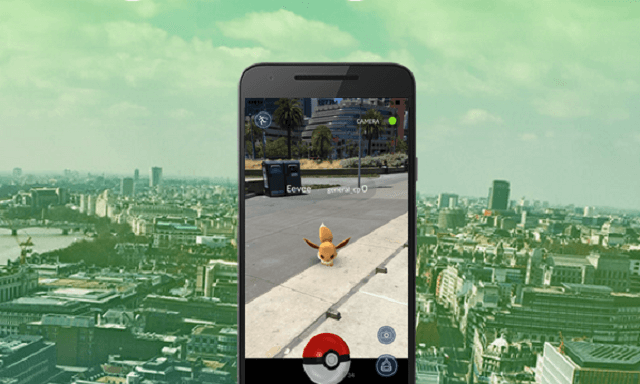 It’s rare that we get to witness a bonafide revolution, but Pokemon Go has all the makings of a “killer app,” a disruptive new phenomenon that seemingly came out of nowhere, yet somehow also experienced massive popularity from its very first day. It’s 10 days later, and there’s already enough weird stories to go around — about both the game and its players.

Most importantly, this week may actually be remembered in history as the period when augmented reality first demonstrated its true potential — or at least demonstrated that it could make your neighborhood seem like it was infested with Pokemon.

And ever since that day, news outlets and technology pundits have been forcefully confronted with the question of what exactly is happening…

Even the statistics have an almost magical quality. By the time the sun set on the day of its release, Pokemon Go had already become the top-earning game for the iPhone. “This simply does not happen,” tweeted Forbes contributor Tero Kuittinen, later calling it “the first example of an AR product becoming a national obsession.”

But there’s what happened, and then there’s why. Pokemon Go seems to have combined the magical novelty of Augmented Reality with a slick game design (partially backed by Nintendo), and maybe a lingering nostalgia for the Pokemon brand that stretched back for at least a generation.

On its fifth day, Pokemon Go had more users than Netflix, Pandora, and Twitter, being used by nearly 6 percent of all Android users in America.

At some point the game also may have become famous just for being famous, with its popularity stoked by the perception of its popularity, creating a self-reinforcing loop. But it’s also true that the people who love this game love it a lot. “I walked 30 miles in the last six days,” one 20-something player told me in Richmond, Virginia. “I explored parts of the city I hadn’t seen before.

“And now I’m seeing more of my brother, too…”

The game tracks each player’s movement through the real world using their phone’s GPS system and then moves their avatar a corresponding distance through the game’s virtual world. But using a smartphone’s camera, the game can also present “augmented’ versions of the world, so that at various locations in your neighborhood, players just might see a Pokemon character. Which adds a weird quasi-social component to the game that somehow makes it infinitely more compelling. Using various in-game tactics, players can then “capture” these virtual creatures, which come in 151 varieties. Like the original card-based game, the goal is to catch ’em all.

Strangest of all, the app was even racking up daily use in countries where it hadn’t even been released yet, with app-hungry fans downloading it from overseas.

“Pokemon Go is now the biggest mobile game in U.S. history,” reported CNBC, estimating that before its first week was over, the number of daily active users in the United States had reached already 21 million — the highest figure ever recorded. And they predicted even more milestones ahead. “The game is expected to pass Snapchat on Android in a few days, and it could surpass Google Maps itself as the largest user of Alphabet’s mapping data.” Of course, Nintendo’s stock price skyrocketed, shooting up by 50 percent within a week, and increasing the company’s valuation by $9 billion.

And every day there were more new headlines — some good and some bad. By last Friday, the game was so popular that its servers were overloaded, and the game’s international roll-out had to pause after the game had only launched in the United States, New Zealand, Australia.

By this Tuesday, Senator Al Franken had posted an open letter asking Niantic, the app’s creator, to clarify how it was collecting and sharing information about the game’s users. By Wednesday the Wall Street Journal reported the game’s developers had updated the app, so it collected less data. An unintended hole had apparently created situations where the app could see the contents of a player’s Gmail, Google Docs, Google Drive and Google Calendar accounts. The Journal characterized the episode as a reminder of how easily app users will part with vast amounts of data.

But there were upsides to chasing the Pokemon.

Inc. magazine was already pointing out that the app has a huge potential to drive foot traffic into local stores. After making a tiny in-app purchase of a “lure” for the virtual Pokemon, 30 players showed up at one location, according to reports online, and another business owner reported that “I own a pizzeria that’s a Pokestop, and I literally did this all day. I had a ton of kids and adults (mostly adults) come in for a slice of pizza and a drink until the lure ran out.” Inc. calculated the costs and concluded it was an unqualified bonanza. “For $1.19 an hour, you can have more customers than you’ve ever seen in your life…”

Another user even reported that they were led to a graveyard that was beside a strip club.

Soon it seemed like everyone wanted to get in on the action. An animal shelter in Indiana suggested that people take their dogs for a walk while playing the game. A botanical garden in Boise started a promotion where Pokemon Go players received $2 discounts on their admission. “You know you’ve made it when robbers decide to use your app to lure victims,” joked Gizmodo. And one man even tweeted a screenshot showing a Pokemon appearing in the hospital room where his wife was giving birth.

Gizmodo also found a Tumblr user in Massachusetts who’d speeded up his pursuit of the virtual Pokemon Go characters by strapping his phone onto a drone. Even Hillary Clinton held a campaign event at a park in Ohio that doubles as one of the game’s virtual gyms, the Verge reported, while Donald Trump worked the game into a campaign attack ad.

And by Thursday, the app had officially arrived in Germany and the United Kingdom.

Every hour brought new stories about the game’s impact on its players. “In North San Diego County, two men fell off a bluff while playing the smartphone game,” reported the Los Angeles Times, “while farther north in Anaheim, a player was stabbed by a group of men in a park recently…” Various newspaper articles began covering the injuries being reported, including the Chicago Tribune. “Pokemon Go put me in the ER last night… Not even 30 minutes after the release…I slipped and fell down a ditch.” In fact, some people are even playing the game while driving.

But there was a much weirder aspect to this phenomenon. Another Gizmodo story identified “the strangest places Pokemon Go is sending its players,” noting reports that the virtual Pokemon were hiding by “the strip club by work…” or at an adult novelty store near Sacramento. Or an overgrown thicket that turned out to be a graveyard.

Another user even reported that they were led to a graveyard that was beside a strip club.

Of course, there’s always the possibility that the graveyard-by-the-strip club video was faked, since gamers had also discovered ways to send “alternate” GPS coordinates to the phone, either for creating the viral or for catching more virtual Pokemon. 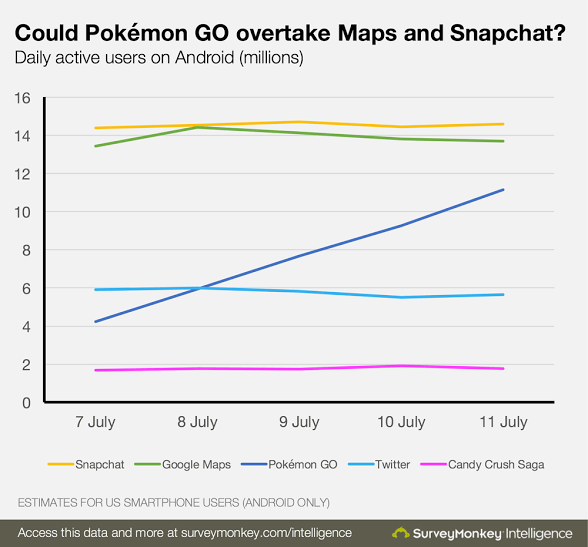 But one comment on Reddit speculated that Niantic’s real problem was recycled real-world locations that had previously been used by Niantic’s earlier AR game, Ingress. Identifying themselves as a former Ingress player, they pointed out that like Ingress, Pokemon Go had allowed user-suggested locations during its field testing — opening the door for practical jokers to submit surprisingly creepy locations.

Some of the strange locations are almost certainly accidental. Pokemon Go led one player to a corpse floating in a river. But other “Pokestop” locations are just plain weird. Other strange locations included a controversial monument to a Confederate soldier, a Church of Scientology building, a Hells Angels motorcycle club in New Zealand, the reflecting pool outside New York’s 9/11 Memorial, and Arlington Cemetary. And “Yes,” reports New York Magazine, “You Can Catch Pokemon at Auschwitz.”

But there’s also been stories about Pokemon Go, which are genuinely inspiring. “What I like about this game is how it accidentally gets people to meet each other and interact,” read one of the many positive comments left on an article by Gizmodo. “Just last night I made three new friends, and they weren’t Tinder people or anonymous Twitter accounts. That’s actually a very nice treat from what is otherwise a game based on Pavlovian response.”

Another player described how 20 strangers had congregated at a Pokemon-catching site — their local Catholic church. “We were trading stories about what we’d done in the game so far, laughing about friends of ours who had been playing already and how so many people were wandering around outside this church that Father Larry…would show up any moment to give a sermon. An hour later I finally left and went home after trading info with a few of the people I hit it off with and telling them some other good spots I found.”

Another player posted that “Based on my walk through the park this is a game for all generations. Even the old man in charge of the Gardens was playing Pokemon Go… Which was sort of wonderful. ”

A fourth posted “I’ve been seeing parks and sidewalks simply packed with people playing, it’s more than a fad, this shit is a phenomenon, at least in cities. And it’s not just kids; it’s every single age range.” Maybe history really will remember this as the week that humanity finally embraced augmented reality — and the day digital gaming finally led everyone outdoors.

And on that day when virtual worlds finally brought their sparkle to millions of lackluster everyday lives, along with some actual sunshine, the event was marked by strangers gathering together in unusual locations, speaking freely and rediscovering a forgotten camaraderie. Apparently, the game had found the perfect formula — or maybe it just came along at the right time. One Gizmodo comment seemed to suggest that the game even made jaded 21st-century Americans behave neighborly again. “Wife and I were wandering around the neighborhood tracking a Ghastly.

“Guy stops in his car, rolls down the window, and yells ‘Gotta catch ’em all!’ “