Will Grafana Become Easier to Use in 2022?

Despite an ample amount of documentation and demos made available by Grafana Labs and community members, Grafana can be a challenge to set up, though this may be changing shortly
Jan 6th, 2022 6:00am by B. Cameron Gain 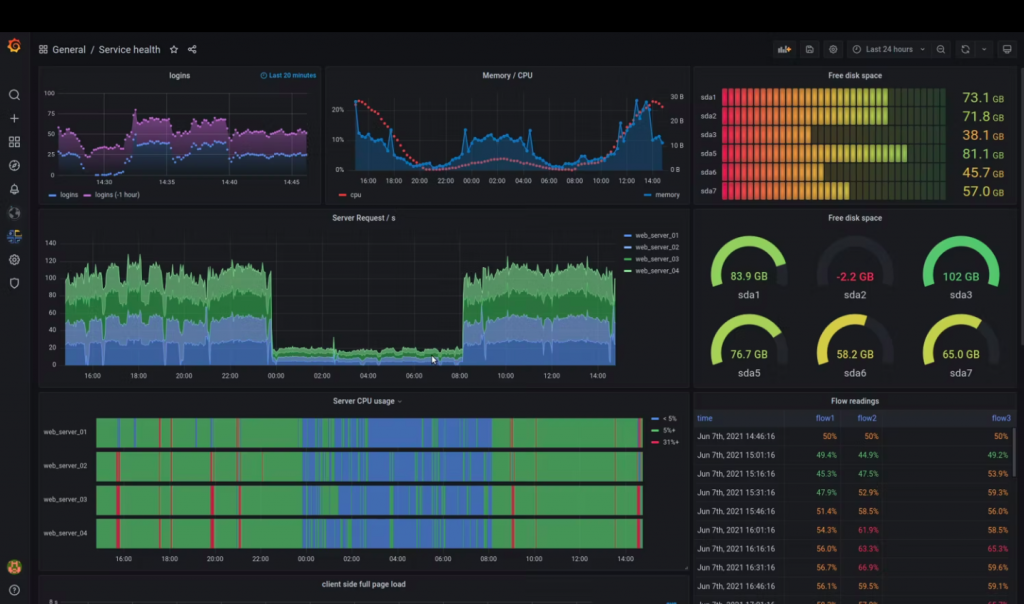 Listed as the second-most popular observability tool after Prometheus — which many users use with Grafana) — in the Cloud Native Computing Foundation‘s CNCF Tech Radar, Grafana counts 800,000 active installs and over 10 million users, according to the open source project’s statistics. The number of Grafana’s GitHub stars and forks totals over 46,000 and 9,000, respectively.

Grafana Labs’ products and plugins available also account for its popularity. They include, but are by no means limited to, Grafana Enterprise Traces (GET) for self-managed tracing based on the open source project Tempo, Grafana Loki for log aggregation with Prometheus, Grafana Cloud and the use of Graphite in Grafana for monitoring and analyzing time-series data.

Nonetheless, the Grafana core development team still has work to do.

Despite an ample amount of documentation and demos made available by Grafana Labs and community members, Grafana can be a challenge to set up (although those that do get its dashboards working generally sing its praises). Many manual configurations and steps are required when installing the different dashboard options. Once installed, many users can be overwhelmed with the number of logs and other data to process for monitoring and observability.

It is thus not in the interest of Grafana to rest on its laurels. 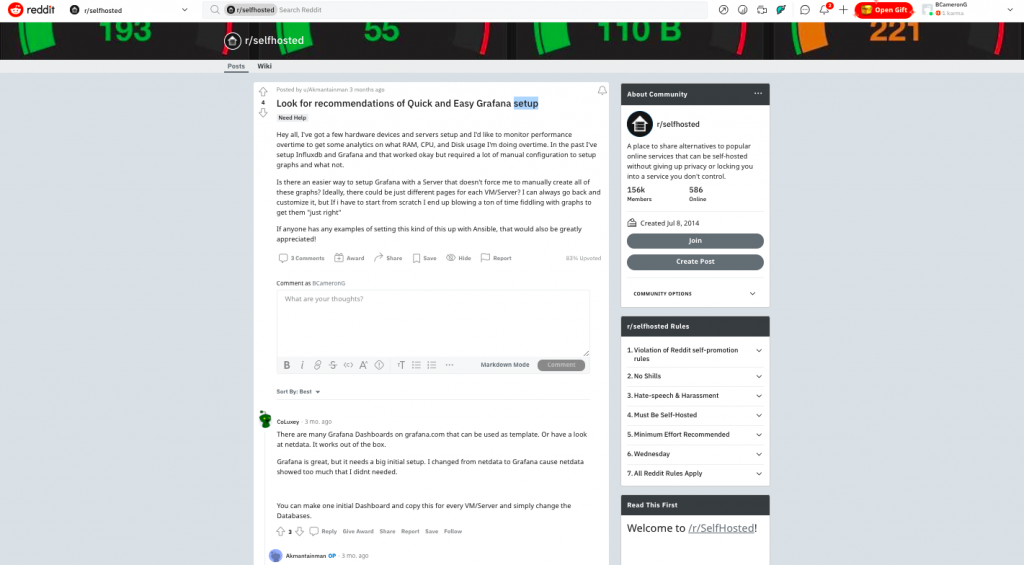 As Grafana continues to be more widely used and integrated with important observability tools and protocols, such as OpenTelemetry (a collection of tools, APIs and SDKs), it still remains a work in progress, Torsten Volk, an analyst at Enterprise Management Associates (EMA), told The New Stack. Volk noted, for example, how Grafana’s user interface still leads to an unnecessarily high initial learning curve, with plugins and queries requiring a fair amount of practice for efficient use.

“Grafana aims high in terms of positioning its platform as one unified dashboard for any kind of metrics arriving from any type of infrastructure, application or business service anywhere. Therefore the company needs to continuously offer the highest degree of flexibility,” Volk said. “This makes it hard for Grafana to offer turn-key implementation and simplified user experience tailored to individual key personas.”

Grafana’s complexity challenges in its implementation and use also reflect the difficulty of implementing observability tools in general. Grafana Labs is certainly aware of this challenge and this year is seeking to lend more support for simplifying how its tools are used and set up. High up in the list is how Grafana Labs is seeking to help users better manage the explosion of data many DevOps teams must process for interpreting metrics and log data.

“With the rise of observability and metrics, we see more and more users struggling with the sheer volume of metrics their infrastructure and applications generate.  What’s more, as users find value in metrics they also tend to add more labels, which can lead to a combinatorial explosion in ‘cardinality,’” ​​Tom Wilkie, vice president, technology, for Grafana Labs, told The New Stack. “The techniques we’re developing both allow our metrics systems to scale to many billions of series, query very large numbers of series in real-time, but also reduce the number of series in various ways.”

To that end, Grafana Labs is planning on “taking our telemetry stores to the next level in terms of scale and performance — think tens of billions of series, petabytes of logs per day and trillions of spans, all queryable in hundred of milliseconds,” Wilkie said. “By the end of 2022, worrying about your metrics cardinality will be a thing of the past,” Wilkie said.

With continued improvements in-store, made in collaboration with the open source community, on order are a number of other new features to look out for in 2022.

One is easier adoption overall across the spectrum of users, “We’re focused on making Grafana Cloud and the Grafana Enterprise Stack the easiest way for sire reliability engineers and DevOps to get started with Grafana, Prometheus, Loki and Tempo,” Wilkie said. “In 2022, we will see that set expanding to the left and right, including load testing, on-call (such as incidence management with amixr and much more).”

More attention will also be paid to the developer.  “We’ll be making it easier for developers to build and deliver rich, fully-featured apps with the Grafana Stack,” Wilkie said. “By the end of 2022, you’ll be able to deploy these to any region on any cloud provider, or on-premise using Grafana open source or the Grafana Enterprise Stack.“

According to Volk, these improvements should be helpful because they follow Grafana’s ambition of becoming the central hub for data-driven decision-making across DevOps, MLOps, IT Operations, and business.

“The easier Grafana can make it for SREs, IT operators, data engineers, DevOps engineers and business analysts to roll their own dashboards based on already existing data pipelines and policy templates, the better their chance of achieving this goal,” Volk said.