Will Hyper-Converged Infrastructure Bring the Rest of the Business into Kubernetes?

Davis, VP of technology at Pivotal, pointed to MiniKube as one of the major ways to bring those people on board.
Dec 26th, 2019 5:00pm by Jennifer Riggins 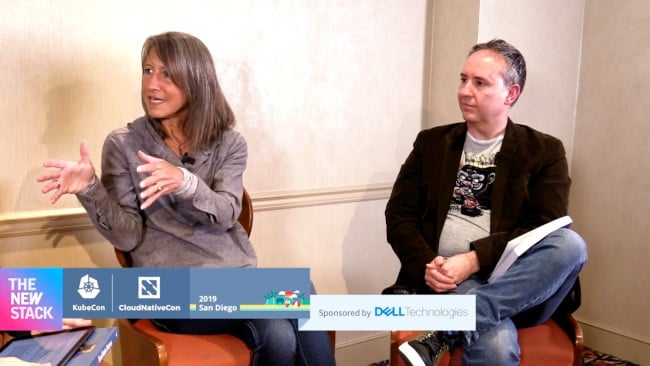 A straw poll of the keynote audience at KubeCon+CloudNativeCon revealed that about 80 percent of attendees were newcomers. In this episode of The New Stack Makers podcast, TNS Publisher Alex Williams talks with Pivotal’s Cornelia Davis and Dell Technologies’ William Geller about this journey to bring the enterprise on-board with Kubernetes, and how to use managed architecture to overcome the often overwhelming complexity of Kubernetes orchestration.

Davis, who is a vice president of technology at Pivotal, pointed to MiniKube as one of the major ways to bring those people on board.

“With a simple download and a couple of commands, you’re on your way. You’re going to be pushing apps into Kubernetes. And you’re doing that on your own laptop or maybe they’re doing it with one of the cloud service providers.”

She continued that “And it’s all so easy. It just works.”

Which is part of the problem. Because this initial experience obscures all the real complexity of Kubernetes orchestration.

Davis says that, as everything scales, you still need virtual compute, virtualized storage, and virtualized networking. And that’s when that 30-minute experience on MiniKube turns into 30 days or three months.

There’s no doubt, standing up Kubernetes in production is hard.

Geller, from his work in product marketing for Kubernetes at Dell Technologies, chimed in about the different ways to leverage the complex infrastructure without having to directly manage all that complexity. He works with VXRail, a hyper-converged infrastructure (HCI) package that is essentially a physical box filled with multiple data center management technologies. VXRail is tightly integrated with VMware, and allows for easy upgrades and lifecycle management. Attempting to go from “one good state to the next good state.”

Geller said, “What we are trying to do is to raise the value line above the infrastructure. Allow everybody to focus on what’s really important with their daily jobs, work on differentiating tasks that are really important to the business, and not worry about what’s underneath.”