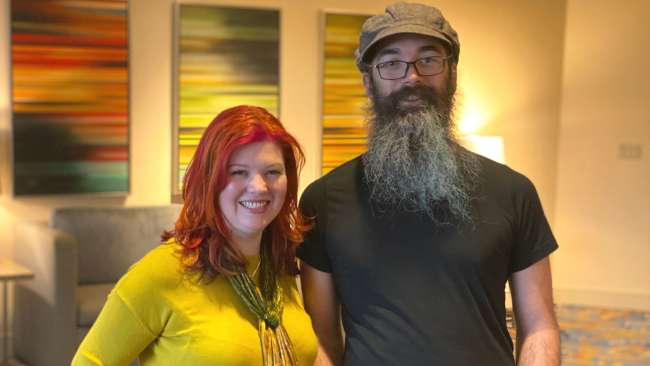 Perhaps the most global use case to come for Kubernetes is in the telecommunications industry. It does have about five billion users after all. And it’s inherently a hardware-backed, well-regulated industry.

The New Stack founder and publisher Alex Williams sat down at last month’s KubeCon + CloudNativeCon to talk about telco’s cloud native future with Heather Kirksey, vice president of community and ecosystems at the Open Platform for Network Functions Virtualization (OPNFV), and Taylor Carpenter, partner and founder of Vulk Coop design and development cooperative. The different collaborative, telecom-focused Linux Foundation and Cloud Native Computing Foundation working groups that Kirksey and Carpenter are a part of have witnessed — and sometimes driven — telco’s move over the last five years from monolithic hardware appliances toward what’s now known as the cloud.

For telcos, cloud native means software solving the complex problems heavy equipment traditionally did. It all comes down to answering two questions:

Certainly the scale, regulations, and always-on requirements of telecommunications means the answers to these questions may sometimes need to be unique, but that doesn’t mean starting from scratch.

During this live interview, Kirksey said that cloud native computing enables telcos to work with folks in other industries and verticals who’ve been building on Kubernetes for a while now.

“We’re actually able to innovate with other partners and to take advantage of software written by other folks, being able to take in innovation from other quarters instead of having this to originate from our own R&D,” Kirksey said.

Additionally, the rapid and widespread adoption of Kubernetes makes it the hottest contender to be the global cloud infrastructure backbone for a telco move to cloud native.

Carpenter built on that saying even telco hardware is no longer being built in isolation, but with the full expectation that it’ll be integrating with other resources sooner rather than later. And eventually, even in a sector built on specifications, principles and requirements, you’re going to have to start to talk to the devices and test everything these working groups are experimenting with out in the wild.

This collaboration opens the potential for extraordinary acceleration, in an industry that is certainly not accustomed to moving so fast. And this sector that has more limiting requirements, like layers of compliance, verification, existing standards and constant availability.

Carpenter explained that “The base networking is trying to solve the vast majority of needs and make it really easy for communication.”

Network service mesh is emerging as a potential solution, acting as a proxy on top of the network for different providers to work on top of and applications to built on. NSM may be the way to extend the control to different devices over specific channels in order to ensure quality.

Like how service mesh acts as an opinionated sieve between parts of an application, network service mesh could work to meet data regulations and telco protocols.

Carpenter said that any choices made will come down to a balance between quality of service and cost.

See the Linux Foundation Networking Wiki for more information about how to participate.

The Cloud Native Computing Foundation and The Linux Foundation are sponsors of The New Stack.