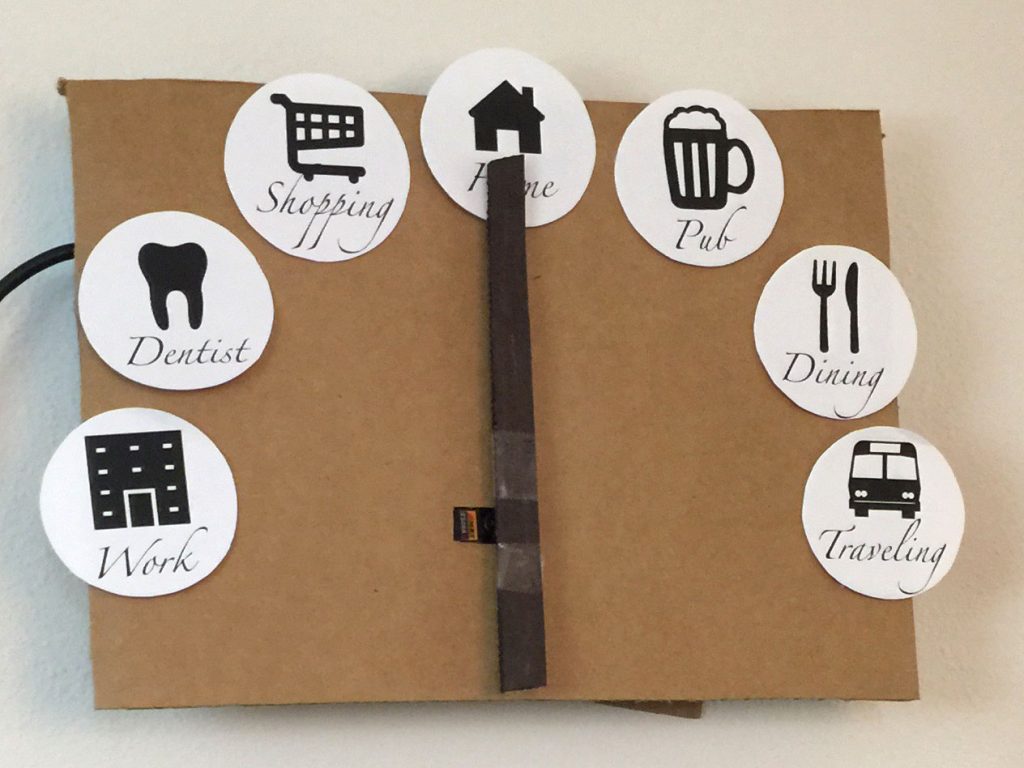 “There are lots of creative people out there,” wrote Jeff Barr, chief evangelist for AWS, in a post-event run-down of what he’d learned. It was just four months ago that Amazon announced AWS IoT platform. But Barr wrote this contest proves that “IoT is here now. People are building devices, sites, and applications that are sophisticated and useful.”

Nearly a thousand people participated. Hackster, which hosted the projects, is currently displaying the winners.

An Australian named Marian Mihailescu created a system using RFID, infrared, and light and sound sensors to gather data about a sleeping baby. And the other first-place prize went to Chris Synan in Austin, Texas, who created a voice-controlled drone by connecting an Amazon Echo to his Raspberry Pi.

Marian Mihailescu’s Baby NAP (Night Activity Program) was inspired by his own experience as a new parent. “Having a baby cry and not knowing how to calm her down faster can be extremely taxing,” he wrote in the project’s introduction, “especially on working parents that take turns taking care of the baby.” His system uses a sound sensor to measure the baby’s sobs — both their duration and their intensity — and tracks how long the baby’s been held (and whether a parent is singing). A light sensor measures the room’s ambient light while an infrared motion detector measures the room’s ambient motion. 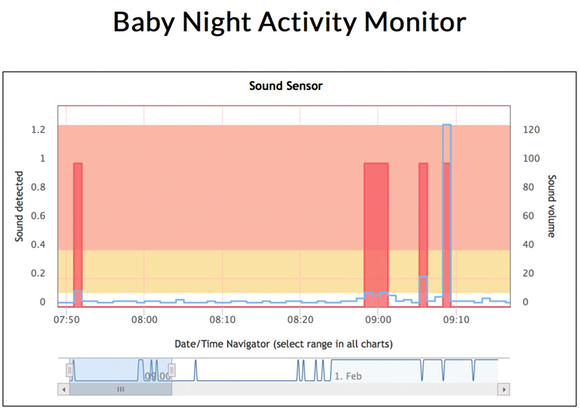 All the sensors connect to a board which uploads their data to AWS, so all the data eventually arrives in a central dashboard. Does the baby prefer a certain hue of ambient light? Will he fall asleep faster with a song? Is his sleep affected by the light in the room? These questions are answered.

“The parents are able to draw intelligent observations about the baby’s sleep preferences,” Mihailescu wrote in a 2,500-word essay explaining his project, adding that the metrics can also answer that all-important question: “who’s turn it is to put the baby to sleep.”

The other first-place entry converted voice input into remote-control radio signals for 3D Robotics’ open source drone, the IRIS+ quadcopter. Using Amazon’s “Alexa Skills Kit,” Chris Synan built a new application for Amazon’s voice-activated “Echo” personal assistant device, translating his voice commands into instructions for the Raspberry Pi board. The drone’s radio antenna fits into the board with a simple USB connection, and the end result is a simple yet effective technique hands-free drone-flying. Synan demonstrated his project with a video that captured his conversation with Alexa, Amazon’s own version of Siri.

And the drone whirs to life and rises off the ground…

The AWS IoT Mega Contest ultimately attracted 985 participants, working on 98 different projects, and sharing 293 ideas. Everyone who entered was awarded some AWS credits and support, plus technical training and a credit for Self-Paced Labs, described as “$880 worth of goodies.”

Besides noting that these projects required many different skills, Barr also pinpointed what made this challenge unique.

“Connecting to and working within the real world is a lot harder than running within the clean, abstract confines of a virtual machine!”

SHARE THIS STORY
RELATED STORIES
Hacks to Help Open Source Leadership Support Inclusion New Book Identifies 26 Lines of Code that Changed the World Slack: How Smart Companies Make the Most of Their Internships Kathleen Booth, Creator of the First Assembly Language Fear and Layoffs: How to Cope with Tech’s Uncertain Times
SHARE THIS STORY
RELATED STORIES
eBay: Betting on Open Source Is Great for Your Business Low-Code Tools Improve Devs' Work-Life Balance, Survey Finds The Graph of Life in a Post-Relational World Engineering Leaders: Switch to Wartime Management Now It's No Longer about How You Write Code but How You Operate It
THE NEW STACK UPDATE A newsletter digest of the week’s most important stories & analyses.
The New stack does not sell your information or share it with unaffiliated third parties. By continuing, you agree to our Terms of Use and Privacy Policy.