With Host Maps, Datadog Offers a View of Scaled Out Architectures 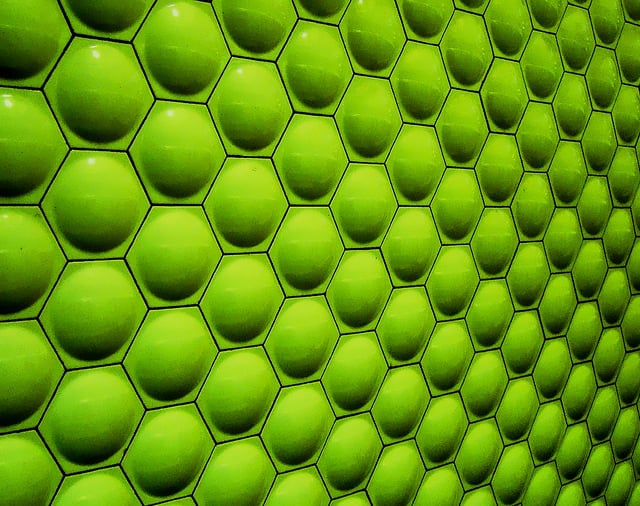 Cloud monitoring service Datadog has introduced a visualization tool called Host Maps to provide a quick, easy view into your hosts and any problems therein. It’s designed for dynamic, heavily distributed, scalable architectures in which the number of machines you use to provide a service can change at a moment’s notice, Alexis Lê-Quôc, CTO at Datadog, says.

Rather than showing hosts in circles connected with circles, Host Maps appears as configurations of hexagons depicting individual nodes.

The compact hexagons allow you to identify a problem area and determine whether the problem servers belong to a certain group. You can group by availability zone, region, instance type, image, or any tag that you use at your company.

The tool allows you to look at two attributes at a time, represented by the color of the hexagons and their size. For instance, increasing load on a machine can be set to turn the hexagon from green to red, then the amount of IO being used can cause the hexagon to grow or shrink.

“The reason we added this level of filtering and grouping is because we want you to be able to drill down into your infrastructure in ways that are not static,” Lê-Quôc said. “Say you’re running on AWS and distributed across five regions and 20 other [attributes]. It’s a good way to slice and dice your infrastructure.

“Say I want to see one region at a time and see how they’re doing compared to each other. Or say you rolled out a new version of an app and you have data centers around the world, but you only want to look at a subset of the infrastructure. In that case, you wouldn’t care so much about the distribution geographically of the host, but cluster by cluster.”

Shapeways, a 3-D printing service and marketplace, has been working with Host Maps in beta.

“It’s been hard for us, with other tools we’ve used, to figure out exactly what’s going on within our infrastructure, how our servers are responding, how our applications are performing,” said Matt Boyle, Shapeways VP of engineering “This has brought visualization and clarity into that — when things go wrong, when a server’s running a high load, when we need to extend or retract something …”

Shapeways operates data centers in five locations globally, including factories, as well as two data centers that serve its website, store models and other data.

By grouping by instance-type and then grouping by role or name, you can look at individual hosts on AWS to identify any potential candidates for migrating to a cheaper instance type, K Young, former CEO of Mortar Data, writes in a blog post.

Datadog in late January announced it has added $31 million to its coffers, and tripled revenue and headcount in the previous year. Olivier Pomel, Datadog co-founder and CEO, said at that time the company expected to double or triple in size again in 2015.

It competes with a rash of newer players such as Boundary, Cloudyn, Finally.io, Server Density, and Stackdriver.

As for what’s next, Lê-Quôc explained that Host Maps is a logical graphical representation, while other data might not be.

“The thread in our work is, ‘How do we make monitoring work at scale?’ That’s when you have thousands and thousands of machines …

“When you think about the various types of information that each machine generates, not everything will lend itself to a nice graphical representation — there’s too much data, it’s not interesting, or it can only become interesting in certain circumstances. That’s more where the machine learning of the Mortar Data acquisition comes into play. Finding outliers, patterns that deviate from the norm. There you need machine learning.”

Susan Hall is the Sponsor Editor for The New Stack. Her job is to help sponsors attain the widest readership possible for their contributed content. She has written for The New Stack since its early days, as well as sites...
Read more from Susan Hall
SHARE THIS STORY
RELATED STORIES
Chronosphere Nudges Observability Standards Toward Maturity Groundcover: Simplifying Observability with eBPF Beyond Hello World: Startup Gamifies Development Skills Conversations I'm Sick of Having about Observability SLO vs SLA: What's the Difference and How Does SLI Relate?
TNS owner Insight Partners is an investor in: The New Stack.
SHARE THIS STORY
RELATED STORIES
Why Test Debugging Is Crucial for the Retail Sector Enabling Collaborative K8s Troubleshooting with ChatOps Optimization and Efficiency: How to Go All In on the Cloud Observability in 2022: It Pays to Learn Chronosphere Nudges Observability Standards Toward Maturity
THE NEW STACK UPDATE A newsletter digest of the week’s most important stories & analyses.
The New stack does not sell your information or share it with unaffiliated third parties. By continuing, you agree to our Terms of Use and Privacy Policy.