With Zoom’s Security Missteps, What Are Our Video Conferencing Options?

Video is holding our newly distributed organizations together. But what tools are out there, and what’s worth using?
Apr 13th, 2020 12:03pm by Simon Bisson 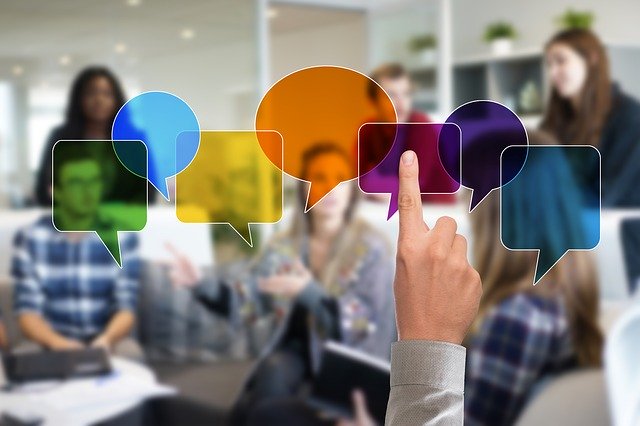 If you’re reading this, you’re likely to be part of the billions of folk around the globe flattening the curve of COVID-19 pandemic by staying at home, either through voluntary social distancing or as the result of an enforced lockdown. It’s a hard thing to do; humans are social animals, and even introverts need some contact with the rest of the world.

At least technology helps a little. Video conferencing tools have seen an explosion in usage, filling the internet with streaming video. They’ve become essential tools, making it near impossible to buy high-quality webcams and microphones. We’ve all become streamers, looking for the hardware that used to power Twitch stars for our daily scrum standups and for our evening chats with friends and family.

Video conferencing isn’t new. I made my first video call in 1993, with a modem and a PowerBook 140 and one of Connectix’s eye-in-the-pyramid golfball cameras, using CU-SeeMe to send pixelated black-and-white pictures across a fledgling internet. It wasn’t that long until I had an iSight camera on a more modern PowerBook, and then even less time before every laptop had a camera and video chat was something we all expected to use.

Suddenly a technology that was useful has become essential. Now it’s the technology that’s holding much of our technological world together, crossing borders and turning our homes into extensions of a virtual office. But what of the software we use for those chats, particularly in light of the recent security and privacy issues with the suddenly popular Zoom? What have people chosen to use, and what are they using it for?

It’s probably worth starting with a quick look at my choice of tools. With much of my family on a locked-down island with one flight for mail a day where there used to be four or five an hour, it’s come down to using the simplest consumer tools to keep in touch with them. Much of our video conversation is in WhatsApp’s video chat, and occasionally Apple’s FaceTime. They’re simple person-to-person tools that work on the smartphones most people have, with reasonable levels of security that work well enough for a birthday chat with my niece or a longer call with my mother who’s self-isolating.

Then there are the Skype calls with friends across London, because we know we’ll all have it, it’s free and, for most purposes, secure. It’ll run on a PC or a phone, so you can give a friend who’s planning a home renovation a tour of a similar project in your own home. While it may not be in the limelight these days, Skype remains a capable tool that’s free for individual calls, including video calls with up to 50 people and a web-based conferencing solution that doesn’t need a client. Its ability to reach out into the old-school telephone network comes in handy more than you’d think; especially with endpoints for free phone calls in most countries.

Most of my work video calls are with Microsoft Teams; it’s rapidly become popular with usage seeing significant growth since the start of the pandemic. If you use Microsoft 365 in any shape or form you’ve got access to it, and it’s easy to quickly send a Teams invite from Outlook. With custom backgrounds on the way, we’ll soon be able to hide the bookcases that seem to line so many home offices. Quality is good, using either built-in cameras on a laptop or a desktop webcam on a PC.

But I’m not an everyday user, so I figured it was worth seeing what people I knew used, so I asked them, or at least Twitter. The list of tools they were using there is long, and much of it didn’t surprise me. I’ve lost track of how many video meeting clients I’ve installed, from Blue Jeans to Cisco WebEx, and on and on. Like me, most of the folk who replied where using more than one tool, with a favorite for meetings they started, with tools for family and friends, and then all the different commercial tools they have to use to talk across corporate boundaries.

One interesting option, and one that’s generating a lot of chatter, comes in the shape of Jitsi Meet, an open source video conferencing platform. You can use the Jitsi Meet service for free, generating a URL for a conference on the fly with a web-based client. Quality is good, though you may find the background blurring feature on the laggy side. If you’re worried about security Jitsi offers a server you can run on Debian and Ubuntu Linux servers, with source code on GitHub. Install it on your network, behind a VPN, and you’ve got a secure, private system that’s not visible to the outside world but still accessible by your staff. A separate video bridge project can help relay video streams, so you can use it to deliver recorded sessions, giving you a possible framework for running virtual events at scale as well.

Jitsi Meet isn’t perfect, but it is free, and it does run on your own hardware as well as in the cloud. If privacy is a requirement, then it’s worth a look. Especially as the source code is on GitHub if you prefer to compile it yourself.

Private video conferencing tools are an intriguing option, and one that may well be worth more organizations investigating.

If Jitsi isn’t for you, there’s an interesting commercial option from Vidyo, who provide a video conferencing backbone for many blue-chip organizations. I’ve had the opportunity to dial into its services more than once in the last few years, and it’s been one of the best I’ve come across: smooth video, even with multiple users across several geographies, and crisp, clear audio.

With lockdowns set to stretch into May and June, we’re going to be on many more video conferences and meetings over the months to come, and it’s good to see so many tools opening up to consumers and adding more and more features. But there comes a point when we have to ask, are video conferences really necessary? For informal meetings can we stick to text chat systems as in the old days of the Internet, before CU-See-Me brought video to Connectix’s golf ball cameras on their pyramid stands?

If you look at how collaboration tools like Slack and Teams work, there’s a hierarchy of chat and meetings. Much informal chat happens in text, collaborating around projects. Where there’s a need to escalate from texting, it can go first to voice calls, one-to-one, and then to video, first informally and then formally with meeting invites and planned attendees.

Not everything needs to jump to video, keeping bandwidth demand low while still allowing remote workers to stay in touch. And if its a chat with friends running in the background like a virtual water cooler, there’s always Twitter’s Group DMs and that old favorite, Internet Relay Chat (IRC). Maybe it’s time to set up a few private IRC servers and see where we end up.