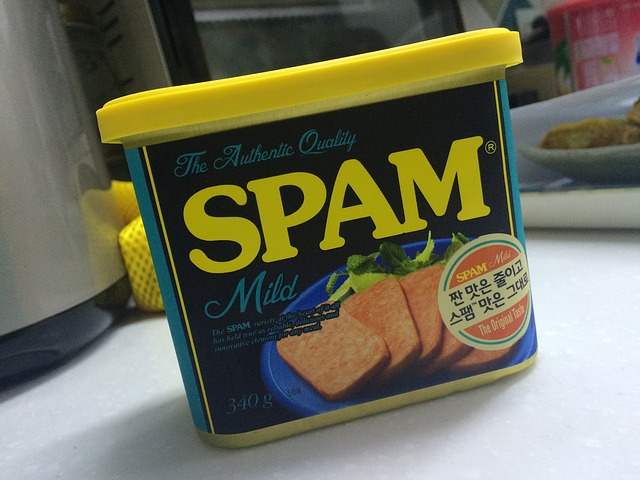 This month saw the 39th anniversary of the world’s very first spam. It was written on May 1st, 1978 — and sent on May 3rd — by then 31-year-old Gary Thuerk, from Chicago. Young Thuerk had served as an officer in the Navy, and had written FORTRAN programs for IBM mainframes. After one year at Digital Equipment Corporation, he’d been promoted to marketing manager in 1976. And two years later, he seemed determined to make his mark with this missive:

Yes, the whole message was capitalized. But the world’s first spam took a lot of work, since Thuerk wasn’t able to just cut-and-paste email addresses. Instead he had his product manager harvest hundreds of contacts from ARPANET’s directory — in 2008 he described it as “like a printed phone book” — manually typing in nearly 400 email addresses. At the time ARPANET had just 2,600 users, reports Entrepreneur — so Thuerk’s spam would reach 15 percent of the entire online population of 1978.

Thuerk’s moment in history has since been analyzed — and there was a certain logic to it. Being located in Massachusetts, Thuerk needed a way to find customers in California. “They typed in every address of everybody on the west coast, and they tried to send them a mail inviting them to the open house to show off this new computer,” remembered Brad Templeton, a developer/activist and early chairman of the EFF, who has a whole page dedicated to the world’s first spam.

He reports that it originated from the address THUERK at DEC-MARLBORO. (“There were no dots or dot-coms in those days, and the at-sign was often spelled out.”) But Thuerk and his collaborator soon ran into their first glitch. “The Tops-20 mail program would only take 320 addresses, so all the other addresses overflowed into the body of the message. When they found that some customers hadn’t got it, they re-sent to the rest.”

Thuerk “primed his boss” for some blowback, according to Templeton, “though he didn’t anticipate how strong it would be…”

In a 2003 segment on NPR’s All Things Considered — commemorating spam’s 25th anniversary — Templeton sets the context. “In those days, the ARPANET was being run by the Department of Defense, so it had policies about what you could use it for, and those policies said it was only for the support of research and education. And so advertising a computer didn’t really fit with those policies.”

There were hundreds of unsuspecting recipients of the world’s first spam — one typical response was an angry reply calling it “a flagrant violation” of the use policy by the chief of the Defense Communication Agency’s ARPANET Management Branch, “as the network is to be used for official U.S. government business only.” Back in 2007, Thuerk remembered the firestorm for an article at Computerworld. “The best complaint came from a guy at the University of Utah, who said when he got in the office in the morning, he couldn’t use his computer because the spam had used up all his company’s disk space…”

Templeton’s web memorial to that spam looks back with an almost wistful satisfaction to the way the situation resolved itself. “In many ways, the negative reaction to that spam probably made sure the problem did not arise again for many years.” He sees spam as a uniquely fascinating animal, existing at that rarefied intersection of free speech, privacy, and private property, and calls it “the first major internet governance issue (possibly in tandem with DNS) that the members of the internet community developed a deep concern over.”

Thuerk, of course, has his own perspective. “I knew I was pushing the envelope,” he told Computerworld 19 years later — but somewhere in his motivation was the irresistible lure of attention. “We wanted to reach as many as people as possible to let them know about our new product.”

Since then people have called him the father of spam, to which Thuerk responds “I think of myself as the father of e-marketing” — since his intended recipients had at least some known reason for being interested in the targeted pitch. “There’s a difference,” he insisted to Computerworld.

And he also pointed out to the email marketing site Moosend that the campaign really did work, bringing in at least $13 million in sales. And more than 20 prospects actually showed up at each of the two demos, which Thuerk calculates is about 10 percent — which today would be considered a really awesome clickthrough rate.

“For sure, my boss congratulated me for the sales,” Thuerk remembers. “But five days later, he made me promise that I would never do it again.”

Apparently the United States Defense Communication Agency had found the activity perturbing. “We got a phone call from the Air Force Major who called to complain about what we did…”

And did anyone unsubscribe from further announcements? Er, not really. “No one could unsubscribe, but I did get a lot of complaints.”

But according to Computerworld, Thuerk won’t take the rap for all the spammers that came afterward.

“You don’t blame the Wright Brothers for every flying problem.” And ironically, Computerworld points out that Thuerk himself now uses “an industrial-strength spam blocker.”

Thuerk is now listed in the Guinness Book of World Records — as the sender of the world’s first spam. But Computerworld found Thuerk philosophical about the burden of his legacy. So how do people react when Thuerk tells them he authored the world’s first spam? “People either say, ‘Wow! You sent the first spam!’ Or they act like I gave them cooties.”

But the truth is, he sounds like a pretty nice guy. “It was the first and only time that I spammed,” Thuerk tells Moosend, “and that was it.” As he was approaching 70, he was still consulting for non-profits, and “I have been a judge at the high school robot competitions for several years, it is great fun.” But his earlier distinction is never completely gone.

So where are we now? Silicon Valley poet Nils Peterson shares his own philosophical perspective on the world of today with the San Jose Mercury News. “Because of the sheer quantity of material, there is a way in which it all becomes spam.” But Brad Templeton sees this as a “sad and dangerous” development — that some people are abandoning email altogether. “I’ve heard teenagers say that ‘E-mail is what I use to communicate with my parents.’ In some cases, they’re switching to a proprietary platform like Facebook messenger — which only allow messages from already-known acquaintances.”

In a search for a fresh perspective, Templeton ran the world’s very first spam through a modern-day spam filter — SpamAssassin. The result? It gets marked as spam.

“Partly for being in all upper case, but also because the headers of 1978 are now considered invalid.”