The World’s Worst Wedding and Other Cautionary Tales About Drones 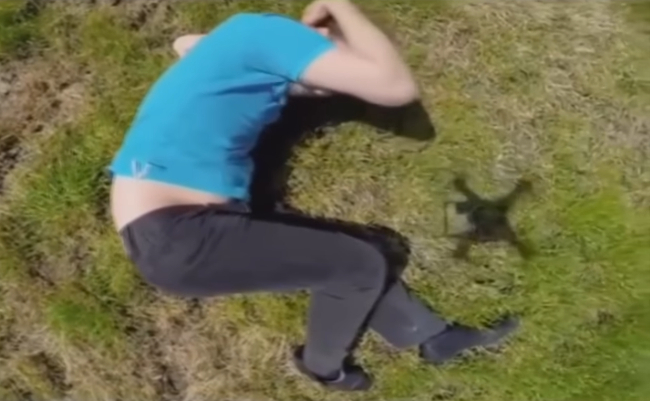 If you’re expecting a drone for Christmas, just remember that technology can turn on you. We’ve already heard lots of drone pilots getting in trouble, many of which end with the drone being blasted out of the sky with a shotgun. The New York Times even recommends checking your insurance to make sure it covers “drone-related claims.” And if you’re flying your drone over a monkey cage — beware of angry monkeys wielding sticks.

“Groom’s Camera Drone Smashes Guests In the Face at Wedding,” read the headline at Popular Photography Magazine. It describes the unfortunate injuries sustained by the friends and family on this joyous occasion — and the handful of lawsuits that followed.

The article’s conclusion? “If you’re going to try for the drone shot, make sure you have lots of practice under your belt before takeoff.”

It’s not like no one foresaw the dangers of drones at weddings. Back in 2014, a video turned up on YouTube showing a nearly identical scenario.

But one story was so unexpected, the press couldn’t resist lingering over all the ironic details. “New Hampshire roofer Barry Billcliff had just married the woman of his dreams,” wrote the Boston Herald, “when the beautiful wedding they’d been planning for two years took a nosedive.” The 38-year-old groom had saved his money, booked a historic replica of a Tudor manor, and “It was absolutely amazing,” he told the Boston Herald.

That is, until the drone accident….

“Common sense says that nothing good could come of flying a drone inside our expensive tent that is draped with expensive fabric and has hanging chandeliers.”

Billcliff had wanted to immortalize his August 8th wedding with some special footage from a drone. Why not? He’d already been filming the outdoorsy rides on his off-road vehicles. The August wedding ceremony was held by a 1915 replica of a Tudor manor (owned by the Sisters of Mercy). Judging from the castle’s website, the magical day might’ve looked something like this: 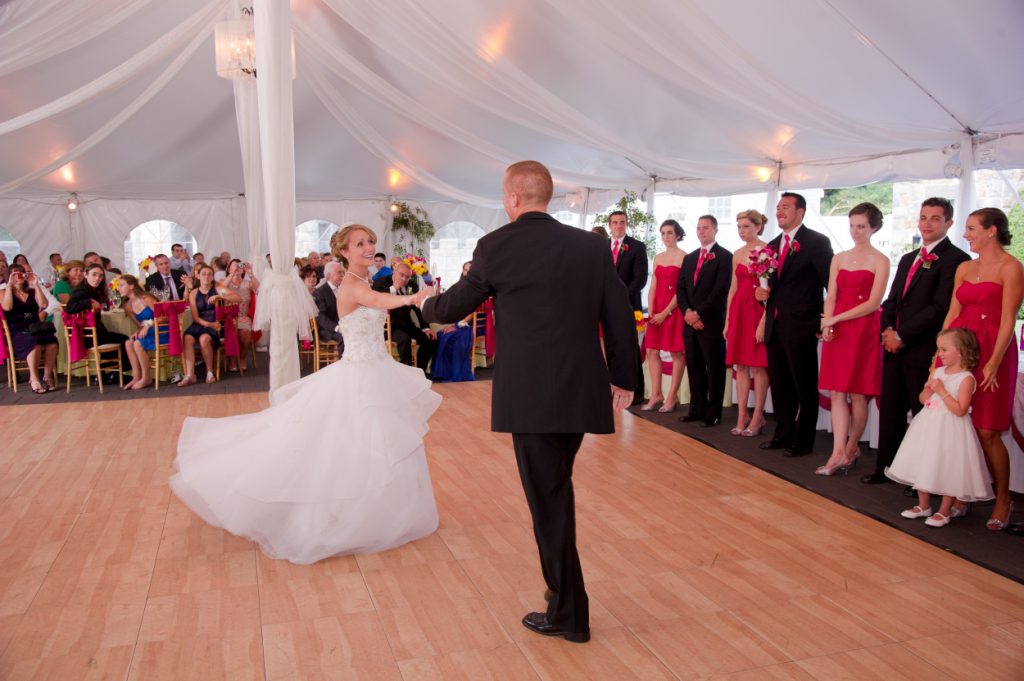 The groom’s memories of that day — shared with the Herald — were that all day long the bride “was so worried about me doing something stupid.” Fair enough: He’s already built up a reputation for “stupid antics.” Earlier in the night he tossed a few meatball’s at his friend’s table, but according to the newspaper, “insists he was on his best behavior at the wedding.”

“He says he’s still trying to figure out who had the joystick when the drone spiraled out of control.”

Two concussions later — and a couple of fractured bones — there’s lots of angry party-goers, and a couple of lawsuits. “If you plan on being a wedding guest for a technology-inclined couple anytime soon, consider packing a helmet,” joked Boston magazine. For some of the wedding guests, the big question now is who they should sue. Because while the drone was clearly out of control, there’s still some debate about who was flying it.

The DJ on the dance floor says it was the groom — though this is denied by the groom’s attorney, who added that it was “regrettable” that there was an injury to the two plaintiffs. But that explanation wasn’t enough for everybody.

Two angry party-goers are even suing the property where the wedding took place, saying the property staff knew that this antic-prone groom was planning to break out his beloved flying camera drone. But a management executive for the wedding venue insists that they’d firmly informed the groom “with absolute certainty, that he was not allowed to fly a drone at the Castle due to our familiarity with the laws and zones around our property.” They even told the groom to stop flying his drone — which he did, but then started flying it again later. And they’re now telling reporters that they were about to warn him again, but “unfortunately it was too late.”

“Common sense says that nothing good could come of flying a drone inside our expensive tent that is draped with expensive fabric and has hanging chandeliers.”

The couple ultimately canceled their honeymoon in Dubai, a development the groom describes as “kind of a bummer.” But he doesn’t think he’s the one who should be sued, according to the Herald. “Billcliff said he was in the middle of the crowd, behind his wife, near the stage, listening to their friends perform a song written especially for the newlyweds.”

A couple days the Herald followed up with news that “the wild event has prompted the real pilot to come forward. ‘He’s very sorry, he says it was a freak accident,'” said the groom. “‘there was no malicious intent whatsoever, it was an unfortunate chain of events.'”

Soon, paramedics arrived — and brought a premature end to the wedding reception. And — according to the groom — the bride was in a “really, really bad mood after that.” 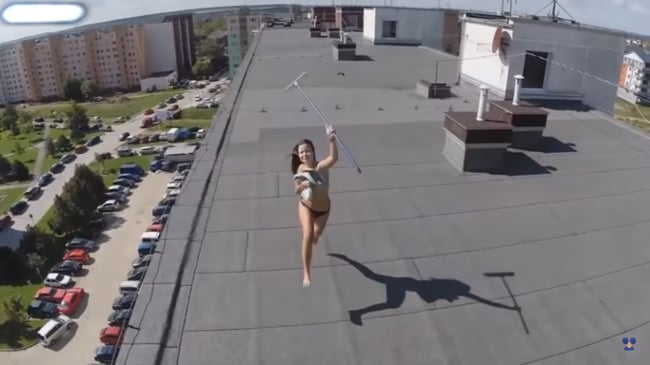 SHARE THIS STORY
RELATED STORIES
How to Support a Million Users on Your Website: A Success Story How Jit Builds a Platform Engineering Mindset in the Cloud 2022 in Review: AI, IT Armies, and Poems about Food 5 Ways ChatGPT Could Supercharge Chatbots Java's James Gosling on Fame, Freedom, Failure Modes and Fun
SHARE THIS STORY
RELATED STORIES
Google’s Carbon among Other Potential C++ Successors It Happened to Me: How I Suddenly Owed AWS $13,000... Entrepreneurship for Engineers: Building for Customers’ Love How Will Tech Jobs Change in 2023? 5 Ways ChatGPT Could Supercharge Chatbots
THE NEW STACK UPDATE A newsletter digest of the week’s most important stories & analyses.
The New stack does not sell your information or share it with unaffiliated third parties. By continuing, you agree to our Terms of Use and Privacy Policy.