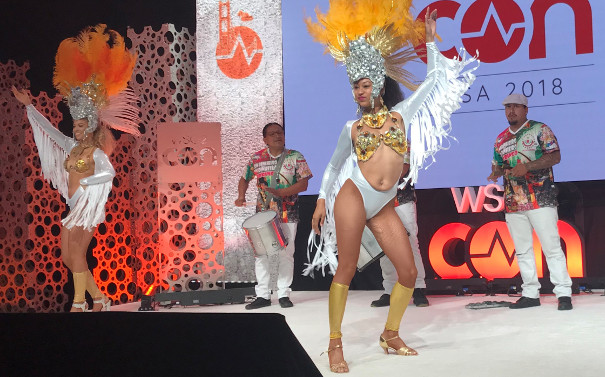 For the latest iteration of its enterprise application and data integration platform, WSO2 has created petite versions of all its components that can run smoothly in a microservices environment.

Along with the WSO2 Integration Agile Platform, users have the option of running pared-down and microservices-tuned containerized versions of the software’s API gateway, enterprise service bus, identity server and stream processor. By slimming these components, they can boot up much more rapidly, within a few seconds, rather than the 40 second boot time typically required for the full versions.

The company announced these new features at the company’s WSO2Con user conference, being held this week in San Francisco.

WSO2’s enterprise service bus (ESB), which is software that facilitates communications between multiple endpoints, has all the features that would be required to coordinate a microservices-based system. “The one problem we had had putting it in microservices environment was start-up time,” explained Isuru Udana, WSo2 senior technical lead.

Unlike, say, an enterprise Java environment run under an ESB, container-based microservices are always being set up, shut-down and moved around depending on the amount of work the system is getting.

Integration is hot again — @Gartner_inc says half of all the work and costs for digital platform development projects will go into data and app integration— @TylerJewell #WSO2Con @wso2 #sponsored pic.twitter.com/VrkIYvk74z

With this faster bootup, the software can keep pace with the dynamic nature of the microservices environment. These components can then be attached to microservices as sidecars, allowing the organization to set up a fully defined microservices system with these components handling the messaging, identity management and other common functionality.

The specific components offered in a slim-down form factor are:

In order to pare down the ESB software, WSO2 removed some of the features not typically required for microservices work such as support for multitenancy environments, where multiple isolated namespaces are created. But the core features of the ESB remain intact for the micro edition, such as transformation, orchestration, protocol switching and routing, Udana explained.

Feature image: For the kickoff of WSO2Con, WSO2 hired Brazilian drum dancers to show how sexy integration has gotten again.