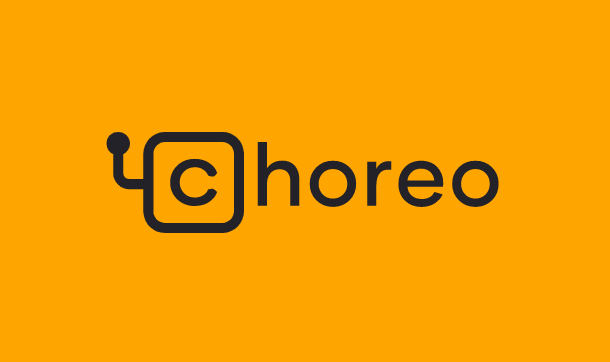 Choreo is an integration platform as a service (iPaaS) for cloud native development. With WSO2’s Ballerina language at its foundation, Choreo enables professional developers to develop using low-code and pro-code simultaneously — cutting time to deliver some projects from weeks to hours by handling manual, menial tasks for pro developers, said Eric Newcomer, CTO of WSO2.

“I really like what I’ve seen in Ballerina, although I haven’t had a chance to use it,” said Cameron Purdy, CEO of zqiz.it, which is working on its own cloud native programming language called Ecstasy. “There are some really good ideas in there, and a lot of thought went into the type system. It’s a language focused on orchestration of services in a distributed world. The things that it helps with are invoking services and dealing with all the mess — failure modes and recovery — that goes with that kind of thing. So there are some great use cases for it, and it appears to be fairly well along the path toward maturation.”

Meanwhile, the blending of low-code and professional development capabilities into one codebase is what sets WSO2 apart from competitors such as Dell Boomi and Mulesoft, Newcomer noted.

“In current development environments, there are two silos and not a single codebase,” Asanka Abeysinghe, chief technology evangelist at WSO2, told The New Stack. “Low-code developers use low-code tools and generate a completely different set of code from pro coders. But with Choreo it’s a single codebase. That sets us apart.”

Moreover, Ballerina, which lies at the heart of Choreo, is the only language where the diagram is the code, and the code is the diagram, Newcomer said.

“We think it’s the only language out there that you can get a sequence diagram from that’s completely in line and in sync with the code,” Newcomer said. “If you change the code at all it redraws the diagram, because the language was created with the intention of being able to draw sequence diagrams from the language.”

The ability to bring both pro developers and citizen developers — using both low-code and no-code technology — together on the same team is a goal some leading tools providers are chasing to help enable the formation of so-called fusion development teams. Choreo is WSO2’s entry in that race.

“It’s about time someone abstracted away the need to drastically upskill technical teams and learn to code in several languages in order to achieve the agility and autoscaling benefits they expected of cloud native application development,” said Jason English, principal analyst at Intellyx. “WSO2’s Choreo offers a simple, low-code way for hybrid business and development teams to build, deliver and share sophisticated cloud native, API-driven applications without requiring the recruitment of a legion of Kubernetes and IT Ops experts.”

In addition, to assist citizen developers, WSO2 provides a set of pre-built templates to build a drag and drop integrations out of the box. Developers can share integrations and microservices for re-use by no-code enterprise users via these templates.

Moreover, Choreo is a ready-to-use platform for building, testing and deploying in Kubernetes, Newcomer said.

“Choreo provides what we call low-code for Kubernetes,” Newcomer said. “Out of the box, we give you a default, one-button click to deploy whether using a no-code template, low-code diagram or full code.”

Meanwhile, to extend the capabilities of the data plane of Choreo WSO2 acquired Platformer, which has operations in Australia and Sri Lanka. With the acquisition, Kanchana Wickremasinghe, Platformer’s co-founder and former CEO, joins WSO2 as vice president and product manager of Choreo Data Plane.

“In joining WSO2, we have an opportunity to pursue our shared vision of empowering enterprises to leverage cloud native engineering in scaling their digital businesses while fostering greater developer collaboration, speeding release cycles, and maximizing the cost efficiency of their cloud native applications,” Wickremasinghe said in a statement.

The addition of the Platformer Console to Choreo enhances its Kubernetes-based deployment capabilities to support multiple regions, multiple cloud providers and private clouds. And with the Platformer technology, Choreo can expand beyond Ballerina to support the DevOps management of any containerized workload.

“In adding Platformer’s state-of-the-art technology to our Choreo iPaaS, we are extending our commitment to supporting native Kubernetes for cloud native engineering,” said Sanjiva Weerawarana, in a statement. “We’re now well-positioned to fully capitalize on Kubernetes for cloud orchestration and let customers focus on creating, connecting and protecting their cloud native apps and APIs.”

Choreo is currently available on Azure but will support other cloud platforms later this year.

“Later in the year we’ll support deployments to additional variants of Kubernetes running on other cloud providers’ infrastructure, including AWS and GCP and private cloud Kubernetes versions such as Rancher, Nomad and OpenShift,” Newcomer said. “Support for these other variants of Kubernetes will be done by incorporating the technology from Platformer.”

Darryl K. Taft covers DevOps, software development tools and developer-related issues from his office in the Baltimore area. He has more than 25 years of experience in the business and is always looking for the next scoop. He has worked...
Read more from Darryl K. Taft
SHARE THIS STORY
RELATED STORIES
Docker Swarm, a User-Friendly Alternative to Kubernetes Crossplane: What Most People Get Wrong (and How to Get It Right) I Need to Talk to You about Kubernetes GitOps Kinsing Malware Targets Kubernetes What TNS Readers Want in 2023: More DevOps, API Coverage
TNS owner Insight Partners is an investor in: The New Stack.
SHARE THIS STORY
RELATED STORIES
Agent-Based vs. Agentless Security: Which Approach Is Better? 5 Best Practices for DevSecOps Teams to Ensure Compliance The Top 4 Threats to Securing Your Cloud Infrastructure What Is the Docker .env File and How Do You Use It? What LaunchDarkly Learned from 'Eating Its Own Dog Food'
THE NEW STACK UPDATE A newsletter digest of the week’s most important stories & analyses.
The New stack does not sell your information or share it with unaffiliated third parties. By continuing, you agree to our Terms of Use and Privacy Policy.