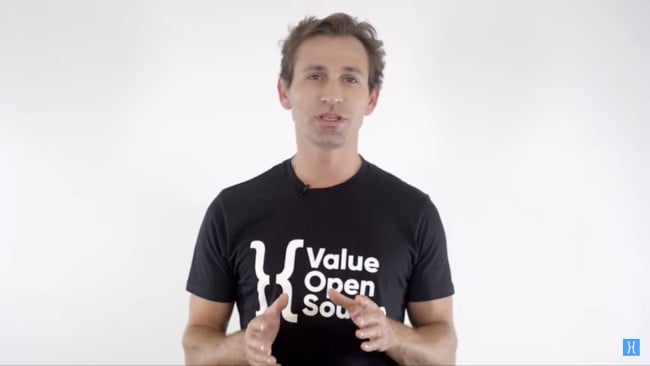 When you think of open source software, it may conjure up ideals of code born of goodwill and a general desire for the world to be a better place, but sustainable software is rarely built on these attributes alone. Rather, money to keep the internet operating and the heat on in the house is also needed for those stalwart coders contributing to and maintaining the open source projects that are increasingly running our software. To address this need, xs:code is launching this week in hopes of making it easier for open source projects to monetize their efforts.

“In our previous startup, we were using a lot of open source libraries in our product and we found ourselves dealing with a lot of bugs, no support, scarce documentation, and a lot of times no answers from the developers who wrote the code. In some cases, fixing the bugs that we encountered took so long that we had to give up product features that relied on those open source components,” noted said xs:code co-founder and vice president of product Chen Ravid. “Since we’ve started working on this idea, we interviewed hundreds of open source developers, and when we asked them ‘What would motivate you to better maintain your code?’ the overwhelming response was money. That caught us off guard. Paying open source developers solves the problems I mentioned and motivates developers to provide companies with better code. Compensation equals motivation.”

“The bottom line was that using open source was free, but it was expensive because we spent a lot of man hours on it,” Ravid said.

While there are numerous products and features that focus on a donation model as a method for open source monetization, Ravid points out that this rarely works, especially for smaller open source projects. At its core, xs:code offers a subscription based model for open source software, where the project can decide what type of licensing model it might use. For example, it can offer an open core model, where the core of the project is made freely available on GitHub, but another version with more extended features is available for a fee on xs:code. Alternatively, a project may use a more permissive license that doesn’t allow commercial use on GitHub, while a license allowing commercial use is hosted on xs:code. Ravid explained that they support a variety of monetization models and that “the platform is model agnostic and allows for any monetization model the developer wants to use.” Beyond the basics of monetization, however, xs:code hopes to make the whole process easier by handling many of the nitty-gritty business details that might otherwise stand in the way of bringing in funding.

“Xs:code turns any open source project into a steady revenue stream for its owner. It gives developers a pretty simple and low friction monetization solution that integrates into their GitHub account and it creates a secure paywall for accessing a version of their project,” explains Ravid. “Xs:code handles everything from billing and invoicing to payment processing and taxes, so the developers have the freedom to focus on what they do best and what they love, which is writing code.”

In addition to handling these sorts of details, xs:code also provides access to a “community team” that helps create marketing materials and landing pages, helps improve README files, produces graphical assets and essentially promote the project. Signing up for xs:code is free for the open source project, instead taking an “industry standard 25% commission of revenue generated”. As such, Ravid says that they see developers and their projects as partners whose success is in their best interest.

“We believe that developers are creating incredible software. They deserve to be compensated for their efforts and we’ve set out as is our goal to make that happen. We are here to solve the open source sustainability problem,” said Ravid. “We think that by allowing developers to monetize their projects and focus on taking the projects to the next level, everybody wins. The developers win, companies who use the code win, the community wins. We see it as a win-win. We are positive this will happen soon.”

Mike is a freelance writer, editor, and all-around techie wordsmith. Mike has written for publications such as ReadWriteWeb, Venturebeat, and ProgrammableWeb. His first computer was a "portable" suitcase Compaq and he remembers 1200 baud quite clearly.
Read more from Mike Melanson
SHARE THIS STORY
RELATED STORIES
Improve the Quality of Your APIs with Spectral Linting What It's Like to Run a Mastodon Server in the Musk Twitter Era Gorilla Toolkit Open Source Project Becomes Abandonware How We Managed to Test the ‘Untestable’ What TypeScript Brings to Node.js
SHARE THIS STORY
RELATED STORIES
Anil Dash on Mastodon Joining Fastly’s Open Source Program Why Web3 Needs a Real-Time Data Layer Now More Than Ever Redis Looks Beyond Cache Toward Everything Data Bryan Cantrill: What’s Next for Infrastructure, Open Source and Rust Why a Twitter Founding Engineer Is Now All-in on Mastodon
THE NEW STACK UPDATE A newsletter digest of the week’s most important stories & analyses.
The New stack does not sell your information or share it with unaffiliated third parties. By continuing, you agree to our Terms of Use and Privacy Policy.