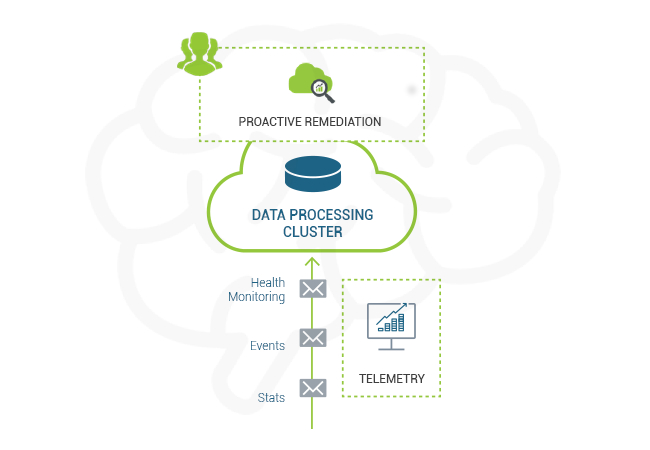 Many IT managers like the idea of running a private cloud, though worry it may require too much upkeep. To this end, ZeroStack has a novel idea: Why not automate some of the cloud management using artificial intelligence?

ZeroStack’s ZBrain helps its customers better understand their infrastructure through the use of AI and machine learning. In this fresh episode of The New Stack Makers, TNS associate podcast producer Kiran Oliver spoke with ZeroStack Vice President of Marketing Steve Garrison about how ZBrain works, and how customers can better navigate the chasm between public and private cloud infrastructures.

ZBrain utilizes the data from a company’s operations and telemetry to help better recommend infrastructure improvements to its team. “We can help you map capacity at three levels: The user, the actual cluster, and then we advise you based on your behavior as to what types of metal you should buy to maximize performance,” Garrison said.

ZeroStack’s approach to composable infrastructure is noticeably hands-off. Having bundled its service into what it is calling a “turn-key, single stack” package, Garrison mentions that, “We think the market is more interested in building on top of the cloud versus trying to build and maintain the cloud.” Garrison also noted that developers can use OpenAPIs to dig deeper into the ZeroStack platform.

ZeroStack launched its first phase of AI-suites around hands-free automation, and by the end of 2017, it will offer a second phase focusing on anomaly detection, troubleshooting, and performance maintenance.

Garrison noted that AI, however, has a long way to go before machines are able to truly replicate the complex thoughts and processes humans can. “The good news about AI is it’s cool to talk about, and everyone is excited to hear more. The bad news is, there’s been a lot of hype for about 50 years. We’re still holding the promise that someday we’re not just going to be able to play chess and drive cars, but actually, automate very complex systems and procedures in IT. Nobody believes this will happen overnight.”

Be sure to subscribe to, rate, and review The New Stack Makers podcast on iTunes, SoundCloud, and YouTube.