Zoom Entices External Developers to Build Out Its Platform

Zoom, the cloud collaboration services company that saw its fortunes rise sharply in the wake of the COVID-19 pandemic, is taking aggressive steps to woo developers to its platform.
Sep 14th, 2021 9:47am by Jeffrey Burt 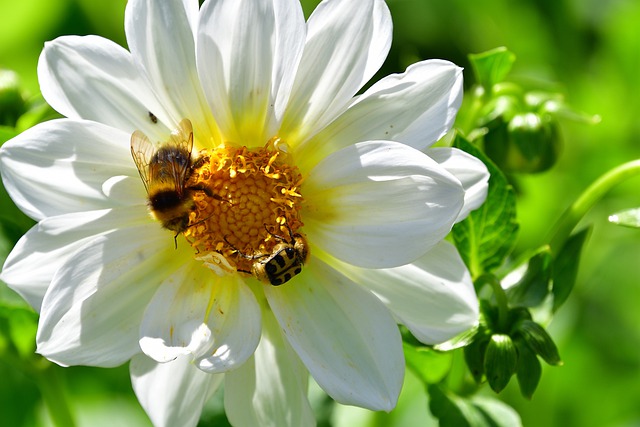 Zoom, the cloud collaboration services company that saw its fortunes rise sharply in the wake of the COVID-19 pandemic, is taking aggressive steps to woo developers to its platform.

The company, which at one point in 2020 was handling more than 300 million daily meeting participants and adjusted its fiscal year 2021 forecast by more than 30%, to $2.39 billion, this week at its two-day virtual Zoomtopia 2021 event unveiled a host of new updates to its Zoom Developer Platform that touched on everything from SDKs and APIs to the App Marketplace and integrations.

The new offerings come five months after the company unveiled a $100 million investment in its Zoom Apps Fund, a program designed to support developers who are making apps for the unified communications-as-a-service (UCaaS) provider’s offerings and to expand Zoom’s software ecosystem. In August, Zoom announced that more than a dozen companies were among the first to receive money from the investment fund, touching upon such areas as collaboration and productivity, gaming and entertainment.

“Developers are leading the charge in building the future through collaboration, education, gaming, and other applications, and we want our developer ecosystem to have everything they need to build apps and integrations using Zoom’s unified communications platform technology and global infrastructure,” Zoom CTO Brendan Ittelson wrote in a Sept. 13 blog post. “Each of these enhancements is designed to enable developers to more easily build Zoom into their own products and services for any vertical or use case.”

Zoom and Microsoft both benefited from the rapid shift to working from home last year. Synergy Research Group analysts said in a report in May that the growth rate hit 41% last year, up from 27% in 2019. RingCentral still held the leadership position with about 20% of the market, but the subscriber growth rate was driven by Zoom and Microsoft. Microsoft’s subscriber base during the pandemic last year grew past a million while Zoom was about to hit the milestone. In addition, Microsoft and Zoom’s share of the market increased by almost 10%.

Zoom stumbled early when demand skyrocketed as the pandemic took hold worldwide, particularly around security and privacy, but the company moved quickly to address those issues and user growth continued to rise.

The moves announced at Zoomtopia are the latest steps taken by the company over the past couple of years to expand what the company can offer developers, according to Zeus Kerravala, principal analyst with ZK Research. However, it’s been over the last year that Zoom has accelerated their efforts around the developer community, Kerravala told The New Stack.

It’s a smart move for Zoom, he said.

A Focus on Developers

If Zoom wants to realize its ambitions to grow from a $2 billion company to a $10 billion company, “it needs to do so through growing that software ecosystem around it. That’s why the shift to the platform is so important and that’s facilitated by developers,” the analyst said.

While speaking about Zoom’s latest financial quarter numbers, Zoom founder and CEO Eric Yuan talked about what the company was doing to attract developers to the platform and what it means to the company.

“In July, we launched Zoom Apps, which brings over 50 apps right into the Zoom meeting experience,” Yuan said. “This is just the beginning. The beauty of our platform is it allows our ecosystem of developers to add even more functionality, by building apps where workflows are integrated with meeting interactions. This is a win-win because better integrations will boost our customers’ productivity and afford our developers exposure to our large user base.”

The Zoom Apps Fund aligns with the company’s plans, the CEO said.

At Zoomtopia, the company unveiled a number of offerings to make it easier for developers to quickly develop and launch their own apps. Jumpstart is a new app builder tool designed to make it easier to create apps without having to do full customization. Through the tool, developers need to enter a few key configuration fields and select from inputs for feature and branding. There also are platform options to choose from. Then Jumpstart will create code that drives Video SDK functionality into an existing app. Also, the new command-line interface will allow developers to more quickly prototype an application by using Zoom’s API, launch a proof-of-concept or build serverless functions for quick scripts.

Zoom is adding React Native to its Video SDK so developers can write code once to build customizable video-based apps for Android and iOS devices.

There also is a host of new Zoom Meeting SDK apps on the App Marketplace — which already has more than 1,500 apps available — ranging from a Video API for real-time insight to video session performance, Granular Scopes for allowing apps to pull only authorized and necessary data and an Enhanced Meeting SDK for Web for enabling developers to integrate the Zoom Meetings client into a website.

In addition, the Apps Collaborator Role is designed to simplify app management and administration, while the Quality of Service Subscription will be an add-on for organizations that want Zooms quality of service data for meetings and webinars in real-time.

Most of these new developer offerings will be available in the fall, with at least one coming out by year’s end.

A Good Job So Far

ZK’s Kerravala said Zoom has done a good job up to this point in courting developers, but executives will need to accelerate their efforts.

“They’ve made it pretty easy for developers,” he said. “The one company that I thought would have had a lock on this is Microsoft, which has really bungled around with developers. Part of that is just that the architecture of Teams is pretty old with the old Skype code base. That’s been difficult to get over. Google’s the other one that you’ve thought would have a good opportunity to get developers. Google’s never really taken enterprise communications all that seriously. That created an opening for somebody to step up and do that.”

Zoom’s installed base makes the company attractive to developers, Kerravala said, noting a parallel in the mobile apps space, where iOS and Android are far more attractive than BlackBerry because of the installed base.

“Zoom has that installed base so now it can capitalize on it with good development tools,” the analyst said. “The key is to not fall asleep and let somebody else come in and pull the rug. But they’ve done a good job of that so far and that $100 million investment program is really important because it gives the world an idea of what’s possible. … It’s off to a decent start, but now they’ve really got to put some money into it. The $100 million program is just a start. They’ve got to put more money into that and just find a way to make Zoom the de facto standard for developers in the communications space. The ultimate winners and losers in this space will be determined by their ability to shape their platform.”

Jeffrey Burt has been a journalist for more than three decades, the last 20-plus years covering technology. During more than 16 years with eWEEK and in the years since as a freelance tech journalist, he has covered everything from data...
Read more from Jeffrey Burt
SHARE THIS STORY
RELATED STORIES
How Jit Builds a Platform Engineering Mindset in the Cloud Install Minikube on Ubuntu Linux for Easy Kubernetes Development Wix Tackles Application-Level Security with Custom Detector Qlik Plans to Acquire Talend. Is it a Data Management Double-Dip? Data, Analytics and AI: What Will Happen in 2023
TNS owner Insight Partners is an investor in: The New Stack.
SHARE THIS STORY
RELATED STORIES
Wix Tackles Application-Level Security with Custom Detector Google Makes Postgres-Compatible AlloyDB Generally Available When Losing $10,000 to Cryptojacking Is a Good Investment Install Minikube on Ubuntu Linux for Easy Kubernetes Development Multicloud vs. Hybrid Cloud: Key Comparisons and Differences
THE NEW STACK UPDATE A newsletter digest of the week’s most important stories & analyses.
The New stack does not sell your information or share it with unaffiliated third parties. By continuing, you agree to our Terms of Use and Privacy Policy.